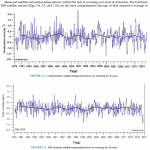 Share this… Facebook TwitterOne complaint often heard within the scope of the climate debate is the very poor and misleading communication of science by the media to the public. Image: NASA Earth Observatory, public domain Warmer-than-normal early summer for northern hemisphere The latest example involves a summer weather update by the World Meteorological Organization (WMO), […] 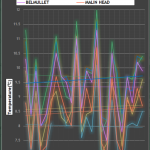 Share this… Facebook TwitterToday, the region north of Svalbard is encrusted with sea ice for all but a few weeks per year and summer sea surface temperatures (SSTs) hover near 0°C.  Scientists (Brice et al., 2020) have determined this same region had sea ice-free conditions last about 10 months per year while SSTs reached 4°C […]

Share this… Facebook TwitterCentral Europe has been getting WETTER over the long term, and not drier like much media like to suggest. Dry years are nothing new.  Lately in Central Europe we’ve been hearing a lot about drought becoming the new normal – all because of man-made global warming, of course. Lots of hype made […] 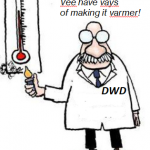 Share this… Facebook TwitterIn a new climate reconstruction for the Tibetan Plateau (Liang et al., 2020), scientists report a) the highest Holocene temperatures occurred about 8,500 to 6,000 years ago; b) “century-scale climate fluctuations” correlate “statistically and visually” with solar forcing estimates; and c) “we are in the middle of the 500-yr-long relatively warm period” […] 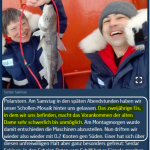 Share this… Facebook TwitterCommittee For A Constructive Tomorrow (CFACT) president Craig Rucker tweeted the results of the most recent Gallup Poll, which found Americans have little  concern about climate change. Positive news to kick off Memorial Day weekend: Gallup Poll finds only measly 2% of Americans believe ‘Climate Change’ is the most important problem facing […]

Share this… Facebook TwitterGerman public broadcasting Deutsche Welle (DW) here reports how Mexico has decided to end its transition the renewable energies, angering activists and investors.  The move, DW reports, “is scaring off environmentalists and investors” and could be the “death knell for renewable energies.” Apparently President Andrés Manuel López Obrador had traveled to Oaxaca […]

Share this… Facebook TwitterEmerging dissidence: 22-year-old student Clemens Traub used to be a regular Fridays For Future demonstrator, until he woke up and realized the whole thing was run by what he now calls “big-city arrogance” and “socially privileged eco-hipsters”. The political science student, member of the German SPD socialist party, in fact says the […]