Browse: Home / 2020 / May / 21 / New Study Indicates Iceland Must Have Been 3°C Warmer During The Early Holocene To Match The Glacier Record

During the Early Holocene, when CO2 levels lingered near 260 ppm, ice core records suggest surface temperatures in Iceland were about 3°C warmer than today.

For example, scientists can infer summer temperatures 3°C warmer than today in Iceland to account for the millennia when glaciers had “disappeared” from the landscape (Geirsdóttir et al., 2019). 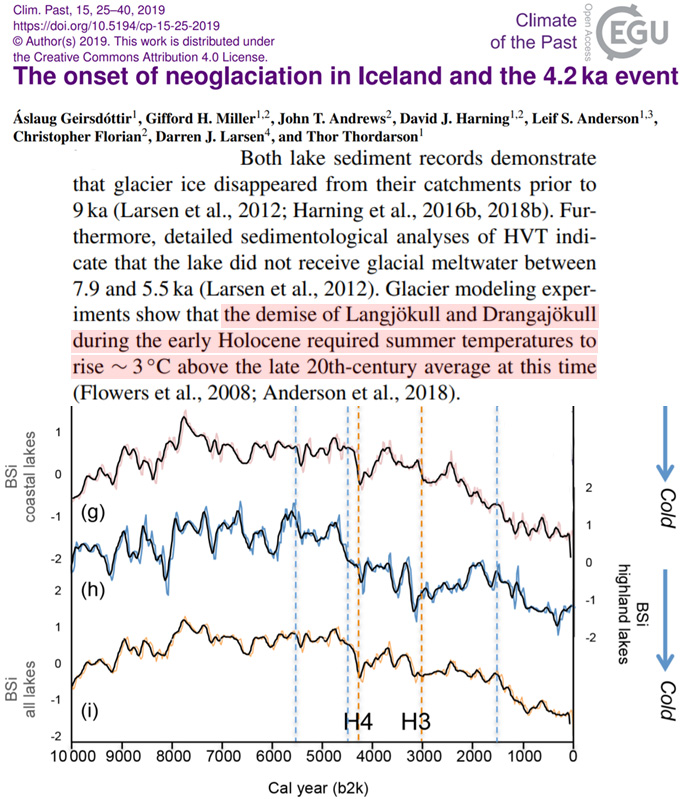 Further, sea ice extent around Iceland was nearly non-existent throughout the Early Holocene. The highest sea ice cover values are recorded after the Medieval Warm Period and during the Little Ice Age. Today’s (2000 C.E.) sea ice extent is only slightly lower than the highest values of the last 8000 years (Geirsdóttir et al., 2019). 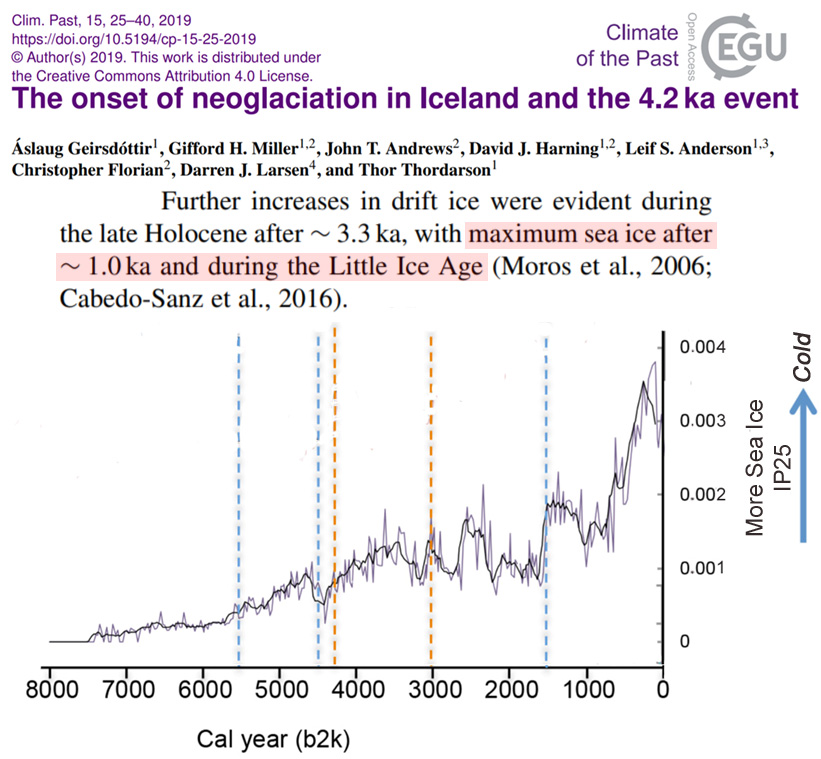 A new study (Harning et al., 2020) using the history of the Drangajökull glacier also affirms the surface temperatures during the Early Holocene – when CO2 levels were about 150 ppm lower than they are today – were about 3°C warmer than the late 20th century. This would not appear to be consistent with claims that CO2 variations are a driver of temperatures or glacier melt. 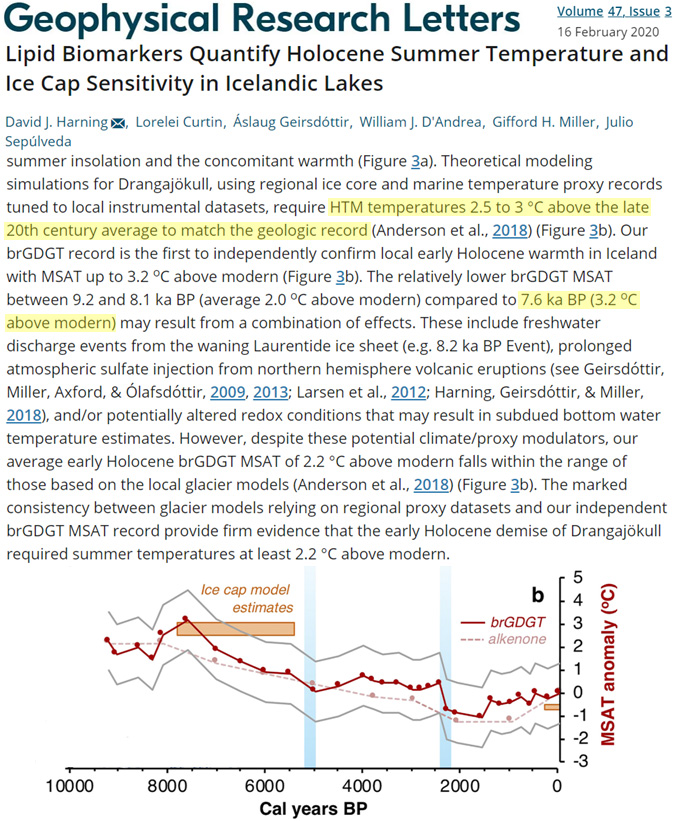