New Publication: Unvaccinated Are Responsible For All The Vaccine Adverse Effects!

Share this… Facebook TwitterNo joke – the paper is for real: A new publication suggests that the stress caused the “terror” from the unvaccinated and their social media is what’s really behind all the post vaccination arterial constriction, heart inflammation, blood clots, dizziness, fainting, blurred vision, loss of smell and taste… Climatology is not the […] 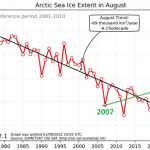 Share this… Facebook TwitterIn terms of Arctic sea ice and hurricane activity this year, the climate ambulance chasers have been quiet. Late summer Arctic ice has stopped shrinking The DMI graph shows the size of sea ice areas in the Arctic in August from the beginning of satellite measurements in 1979 to 2022 (red line). […] 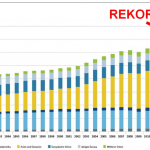 Share this… Facebook TwitterIn 2007, in the wake of the 4th IPCC report and Al Gore’s An Inconvenient Truth, Germany’s most widely circulated daily, Bild, reported: There are only 13 years left to save our earth! Can the climate catastrophe still be prevented? There is only little time left to save our planet!” According to […] 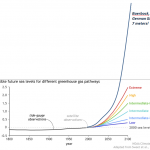 Share this… Facebook TwitterGerman Green Party chancellor candidate Annalena Baerbock warn sea levels will rise 7 meters by the year 2100… The German Greens, who weeks earlier surged to the No. 1 position in opinion polls, before falling back behind the socialists and conservatives, like to tell us that we have to follow the science […] 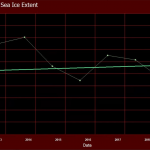 Share this… Facebook TwitterNorwegian data show September minimum Arctic sea ice has risen over the past 10 years, contradicting earlier predictions of a death spiral By Kirye and Pierre Friday NTZ posted on Arctic sea ice extent. This year Arctic sea ice has just about reached its minimum. and so we plot the new data […]

Share this… Facebook TwitterA new peer-reviewed paper published in the International Journal of Global Warming identifies 79 “apocalyptic” predictions formulated since 1970 by “researchers and activists” who “predict cataclysmic events” resulting from “catastrophic climate change.” Already 48 of these “truly apocalyptic forecasts” have failed. The other 31 are likely just as wrong, but the prediction end […]

Share this… Facebook TwitterMany climate policies are based on scenarios generated by models. Depending on what these models churn out, actions and costly regulations get enacted to mitigate the worst consequences. So we hope that the modelers get it right. Unfortunately they are still shooting in the dark. Even short term models are failing miserably. […]

Share this… Facebook TwitterDespite all the money-generating gloomy predictions of sinking islands, we reported in 2013 on how the Maldives was planning to build 30 new luxury hotels for future tourists. The resort island of Landaa Giraavaru (Baa atoll), photo by: Frédéric Ducarme – CC BY-SA 4.0. Underwater in 7 years? We recall how in 2012, the […]

Share this… Facebook Twitter Image: NASA (public domain) By Die kalte Sonne Do you remember the wild story that cold winters in Central Europe are supposedly a consequence of the Arctic turbo-heating? A great sideshow hypothesis in those years when winters were suddenly colder than expected. A study by Dai & Song 2020 has now brought […]

Share this… Facebook TwitterNowadays as soon as there’s any hint of some heat in the forecast, the European press immediately jump to holler a “record hot” summer is in the pipeline. Brace yourselves! A total miss For example, just last week The Weather Channel Germany warned of 40°C temperatures for Germany, probably after some model […]

Meteorologist: “Can’t See Any Evidence” …Asks WMO What’s The Basis For Forecast Of “Another Record-Breaking Summer”?

Share this… Facebook TwitterOn May 26, the World Meteorological Organization (WMO) issued a press release warning of “another record-breaking heat season” for the northern hemisphere this summer, along with the potential of the COVID-19 pandemic amplifying the health risks of the hot weather. Media outlets picked up the WMO warnings and spread panic stories of […]