In 2007, in the wake of the 4th IPCC report and Al Gore’s An Inconvenient Truth, Germany’s most widely circulated daily, Bild, reported:

There are only 13 years left to save our earth! Can the climate catastrophe still be prevented? There is only little time left to save our planet!” According to the World Climate Report, mankind has at most until 2020 to prevent the worst by introducing efficient technologies.

As reported by the Financial Times Deutschland, UN climate researchers predict: “If greenhouse gas emissions do not decrease substantially by 2020, global warming will set in motion irreversible processes such as the melting of the ice sheets in Greenland and the acidification of the oceans.”

Since then, the horror scenarios obviously have not come to pass. Moreover, instead of greenhouse gases “substantially decreasing” globally, they’ve actually increased substantially. 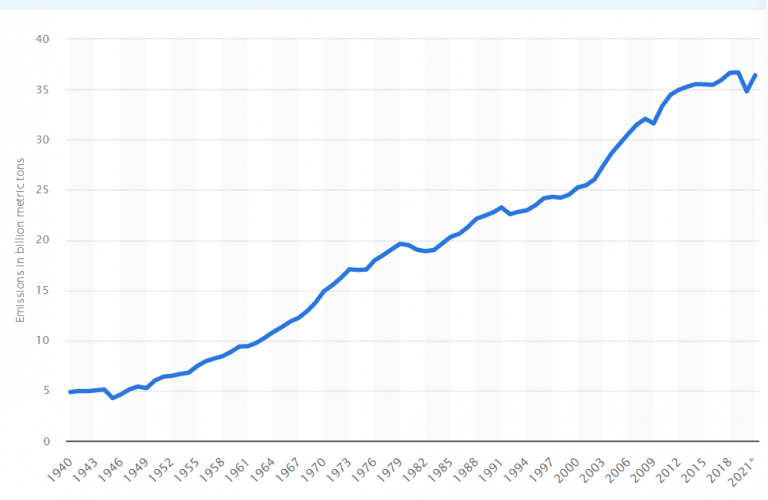 So has the climate spun out of control into catastrophe because we increased CO2 emissions by some 20% since 2007 instead of reducing them by that amount?

Today is the year 2022, and the target deadline for climate doom is already two years past. Greenhouse gas emissions have NOT decreased substantially worldwide. One should take the “UN climate scientists” at their word. Since now apparently irreversible processes have started, everything is already too late anyway. How credible is it that the alarm narratives are always postponed into the future, when the climate world, contrary to expectations, has not gone under again?”

Nothing has really changed much except for perceptions, which have been manipulated to the point where bad weather gets now interpreted has being a sign of climate disaster. The cure for that is to read up on climate history.