Share this… Facebook TwitterSpiegel science journalist Axel Bojanowski has an online interview with the Chairman of the Pontifical Academy of Sciences, Bishop Marcelo Sánchez Sorondo: The Church believes in science“. Anyone with doubts the Vatican would abandon a neutral position on the science of climate change can now lay them to rest. Under Pope Francis […]

Share this… Facebook TwitterEarlier this year as the late autumn ran mild and the winter started well on the mild side  for Central Europe, meteorologists were projecting a “Majorca Winter”, after the tropical-like Spanish Island which is noted for its sunny and warm year-round weather. A sort of “barbeque winter” was all the talk. But recently […]

Share this… Facebook TwitterGood article at Quadrant magazine here on the background behind the many failed predictions of disaster in climate science and the strange characters behind them. Hat tip: reader Stefan. ======================== Warmists Take the Hardest Hits Anyone can be a prophet of doom…. Why can’t the global-warming catastrophe industry convince the public that […]

Share this… Facebook TwitterThe German media are reporting on findings of a study appearing in Nature coming from the Jochen Marotzke of the Max Planck Institute for Meteorology (MPI-M) in Hamburg and Piers Forster of University of Leeds, who both insist the climate models continue to be correct –  despite having been wrong for 18 years. […]

Share this… Facebook TwitterHe looks more like a guru, even a prophet. In Switzerland 73 year old Swiss Alps mountain guide Werner Munter is known as the “avalanche pope”. No one knows more about avalanches in the Alps and their risks than he does. Werner Munter: Image credit: www.berge-im-kopf.ch. Having authored some 20 books, he is […] 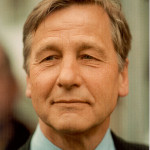 Share this… Facebook TwitterThis past weekend I wrote two posts about a recent two-part German ZDF Television documentary on climate change and its impact on the development of human history: here and here. Image Mark Maslin, cropped from ZDF At the very end of Part 2, the otherwise excellent German public television documentary abruptly descends into sheer […]

Share this… Facebook TwitterYesterday I posted on Part 1 of German ZDF television’s Terra-X series two-part documentary on climate and human history appearing on January 11  and 18. Part 1 covered the world’s climatic changes that occurred during the last ice age and up to the time of the Roman Empire. Part 1 clearly showed that […]

Share this… Facebook TwitterAs part of its Terra-X series, ZDF German television presented a two-part documentary on January 11  and 18 on climate and human history. Rather than pushing senseless alarmism, the ZDF series did an excellent job looking at the powerful natural factors that drive climate, and how they can do so abruptly. Hat-tip: […]

Share this… Facebook TwitterGeologist Dr. Sebastian Lüning believes it’s high time for the skeptic side to respond more forcefully to the often hyper-exaggerated claims launched by the government funded global warming alarmists and is calling for the founding of an independent Germany-based climate research initiative. Dr Lüning co-authored together with professor Fritz Vahrenholt the leading skeptic […]

Share this… Facebook TwitterNot only has siting of weather stations near urban heat sources have been a real issue for weather measurement stations worldwide, but so maybe has the recently implemented automatic electronic weather measurement instrumentation. Reports are appearing that the new automatic system may be producing exaggerated temperature readings. For example this may be […]