Former German Economics Minister Wolfgang Clement of the socialist SPD party says Germany’s once highly ballyhooed “Energiewende” (transition to green energy) “has careened completely out of control” and has hurt the country economically. 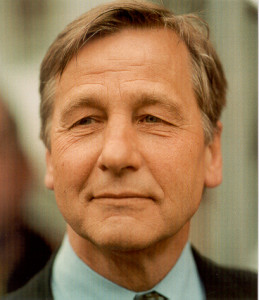 The online Handelsblatt here reports that the former “Super Minister” in Chancellor Gerhard Schröder’s SPD-Green government (1998-2005) has launched “sharp criticism” at the country’s energy transition, claiming the plan is in chaos and that there’s been a “lack of political, legal and technical synchronization“.

He also says the naivety involved in implementing green energies has been “breathtaking” and has turned into “a disaster”.

When it comes to the plan to implement the transition to green energy, Clement says there hasn’t been a plan, rather there has been 17 of them: one by the federal government and one by each of the 16 German states, all working disharmoniously and chaotically.

Clement added that the dumping of surplus unneeded green energy into foreign markets has been “one of the most dreadful businesses that has ever burdened the German economy“.

He also calls the expectation that Europe can somehow isolate itself from competition from cheap nuclear power coming from outside of its borders “crazy”.

Germany’s Energiewende has been sharply criticized in the past as it is in large part the main driver behind the country’s skyrocketing electricity prices, unstable power grid conditions, growing energy poverty and for marring the landscape with inefficient and ugly industrial wind turbines.

According to Clement, Germany’s electricity prices are among the very highest in Europe and has led energy intensive heavy industries to pack up and leave. Clement says a number of industries are now “under massive pressure”.