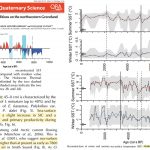 Share this… Facebook TwitterLatest runs by the US NOAA weather agency show October and November being colder than normal. A negative NAO and low solar activity may be behind it.  September is coming to an end and signs of autumn are everywhere. On everyone’s mind now is the question of what kind of winter to […] 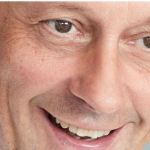 Share this… Facebook TwitterTop politician Friedrich Merz of Angela Merkel’s CDU party told German daily Die Welt the climate movement “ultimately gets down to our freedom-based lifestyle”. CDU’s Friedrich Merz. Image: https://www.friedrich-merz.de/ Reacting to the harsh criticism launched by the German Greens, the media and Fridays for Future who claim that the German government’s recent […]

Greta Thunberg’s “How Dare You!” Surges To No. 1 On Music Death Metal Charts!

Share this… Facebook TwitterThis is not meant to be mean-spirited, but rather I present this as humor. This brilliant parody was produced by John Meredith, a.k.a. John Mollusk. We all love Greta as a child and wish her well. Unfortunately Greta had been coaxed into giving a speech which was way over the top and […]

Share this… Facebook TwitterGreta Thunberg lives in Sweden. According to peer-reviewed science, Sweden was at least 3°C warmer than it is today about 6000 to 9000 years ago, when CO2 concentrations lingered around 265 ppm. At 410 ppm CO2, 21st century Sweden is colder now than almost any time in the last 9000 years. Image […]

Share this… Facebook TwitterBusiness soon could be getting awfully rough for electric (battery) car technology manufacturers. For example, German online news weekly FOCUS here reports how the Singapore government “does not want electric cars” and even “is blocking electric cars”. E-cars dirtier than claimed According to Minister Masago Zulkifli bin Masagos Mohamad, who is responsible […]

Share this… Facebook TwitterCO2 concentrations have risen from 310 ppm to 410 ppm since the 1930s. However, there has been no net change in Arctic or Greenland temperatures during these last 90 years. During the Pliocene, CO2 also ranged between about 300-400 ppm, but the Arctic was 15-22°C warmer and sea levels 25 meters higher […] 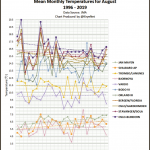 Share this… Facebook TwitterBy Kirye in Tokyo Cooling August trends and stunningly early snows in Europe contradict global catastrophist warming claims. Recently we heard reports of the earliest snowfall in Greta Thunberg’s Sweden in 20 years, and “stunning” snowfall in Norway. So it’s been strange to hear during these hysterical days of Fridays for Future […] 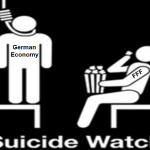 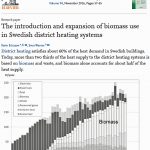 Economist Lomborg: Climate Fear “Result Of 3 Decades Of Alarmist Rhetoric Based On Exaggerations And Lies”

Share this… Facebook TwitterIn a recent interview with the online Berliner Zeitung (BZ) here, economist Björn Lomborg said that 16-year old Greta Thunberg’s demands “will put people in danger”. Greta, the Swedish teenage activist is calling for radical cuts in CO2 emissions – on a scale that would have profound impacts on the world’s market system. […]