Latest runs by the US NOAA weather agency show October and November being colder than normal. A negative NAO and low solar activity may be behind it.

September is coming to an end and signs of autumn are everywhere. On everyone’s mind now is the question of what kind of winter to expect: bitter cold and white, or wet and mild? 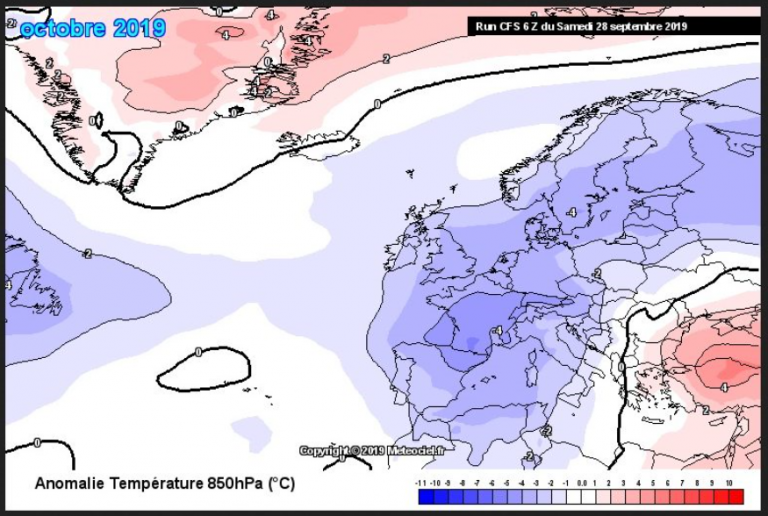 Of course we need to be wary when it comes to the accuracy of these long-term forecasts. Yet, October is right ahead and forecasters should at least have a pretty good idea of how the month will end up. For the time being the weather outlook for first 14 days does look to be on the cool side. But beyond October 15, things do get far more speculative.

Here’s the NOAA CFSv2 for November: 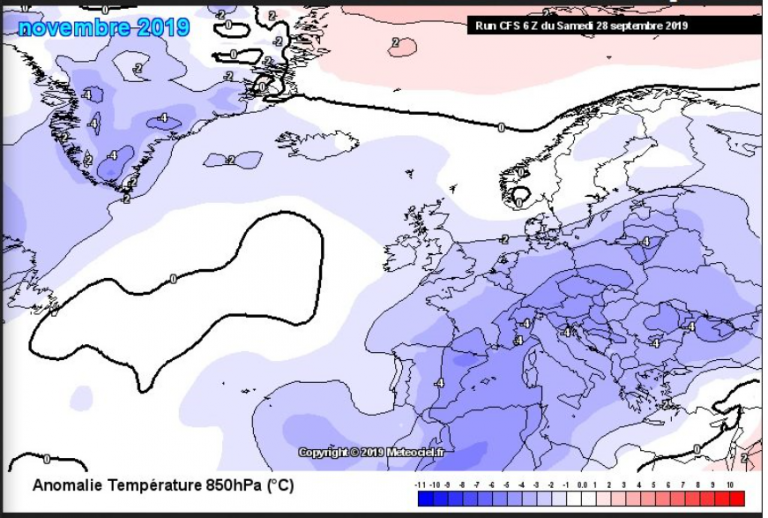 Above for November see that the cold anomalies are projected to spread across Europe, which would mean an early winter start over Europe.

Other reasons why Europe’s coming winter may be a cold one are North Atlantic patterns and solar activity. Europe’s winters are largely dependent on the prevailing North Atlantic Oscillation (NAO). Recently this index has swung to the negative mode. If this persists then, Europe likely will find itself shivering for awhile. 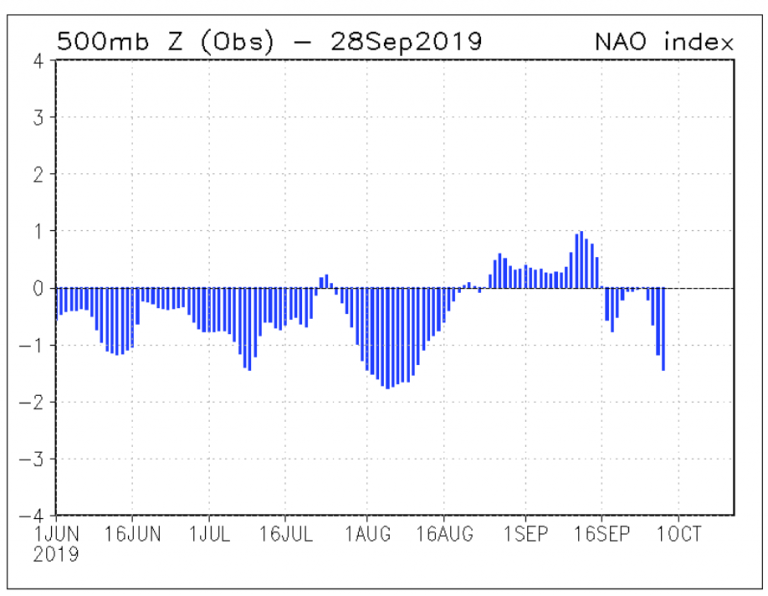 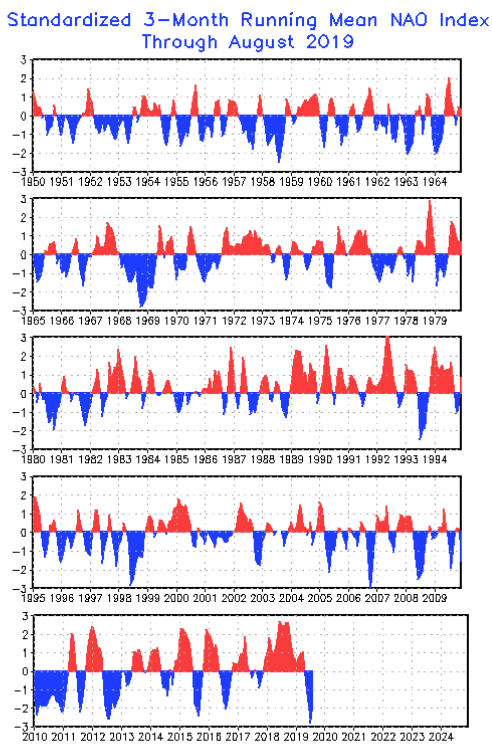 In the 1950s and 10960s, Europe experienced a number of harsh winters. Over the past 8 years, the NAO has been often very positive, meaning milder European winters, which has been the case for that period.

A number of studies have shown that the NAO tends to go negative in the wintertime during periods of low solar activity, which we are now experiencing. Read here, here and here.