Share this… Facebook TwitterIn a bid to protect consumers and investors. The Berlin-based consumer investor protection organization Verbraucherzentrale für Kapitalanleger (VzfK) has issued a press release here warning Deutsche Bank AG of the high risks of investments in “dubious renewable energy companies” and their projects after a string of spectacular insolvencies. Hat-tip: EIKE. What follows is the VzfK press release, […]

Share this… Facebook TwitterGermany’s eco-evangelical, leftie weekly Die Zeit has a surprisingly sober online piece that almost got by me. It actually harshly criticizes global warming science – unusual for Die Zeit, which is an influential “intellectual” weekly that has been preaching the science is settled for years. Not long ago it one-sidedly attacked skeptics and […]

Angela Merkel’s Vice Chancellor Stuns, Declares Germany’s ‘Energiewende’ To Be On ‘The Verge Of Failure’! 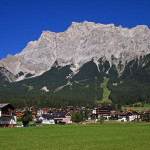 Bavarian Alps Permafrost Shows No Signs Of Warming. “Indeed There Has Been No Change”

Share this… Facebook TwitterSouth Germany’s Bavarian Public television has a clip that looks at the permafrost conditions on Germany’s tallest mountain: the Zugspitze in the Alps. Bavaria’s Zugspitze. Permafrost shows no changes. Photo: Octagon, Creative Commons Attribution 3.0 Unported license. Roland Eichhorn of the Bavarian Office of Environment explains how the temperature of the mountain is being monitored. […] 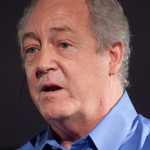 Share this… Facebook TwitterGerman online Novo Argumente here features an interview with Greenpeace co-founder Patrick Moore. Today he is one of the environmental organization’s harshest critics. Photo right: Partick Moore, Creative Commons Attribution-Share Alike 2.0 Generic license. Moore tells readers how things have run amok at the activist organization, claiming it has changed from one that “not […]

Share this… Facebook TwitterNothing to do with climate directly, but it is funny and to me it serves to remind us skeptics of the people we are dealing with and their hopelessly warped lens through which they view the world. Such are the people we often find in the climate change movement and at Earth […] 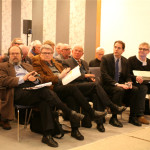 Share this… Facebook TwitterSea Level As We Experience It By Ed Caryl Nils-Axel Môrner is a Swedish sea level specialist. He claims that sea level is not rising more than about 1.1 mm/year, that the satellite data has been wrongly calibrated, and uplift and subsidence errors have contaminated the tide gauge records. In my research […]

Share this… Facebook TwitterAwhile back I wrote about a harsh German late night parody of the country’s failed transition to renewable energy. Now the video appears on Youtube and is accompanied by English subtitles. Hat-tip climategate.nl/videoondertiteld/ Enjoy (and share it!): Now you can send the video to your lawmakers so that they can think again […]

Share this… Facebook TwitterBerlin’s leftist, climate-cultie TAZ here reports on how indoor pot growers are switching over to LED lighting to grow their clandestine cannabis. Like, we’re saving the planet too, dude! Image cropped from Cheech and Chong film: Up in Smoke, Paramount Pictures. The TAZ article features a photo of a US grower with the caption: Indoor […]

Share this… Facebook Twitter“The state should never be the arbiter of what people can think.” In Australia we find a true warrior of free speech in Queensland Senator George Brandis, who has come out blasting what he sees as the “sheer authoritarianism” rampant in the global climate change movement, where anyone who challenges the science is […]