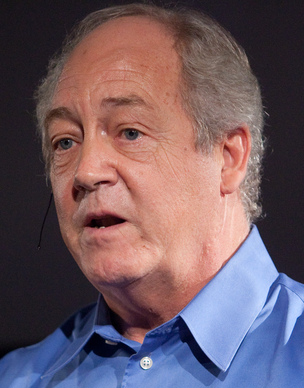 German online Novo Argumente here features an interview with Greenpeace co-founder Patrick Moore. Today he is one of the environmental organization’s harshest critics.

Moore tells readers how things have run amok at the activist organization, claiming it has changed from one that “not only cared about the environment, but also about people” to one that has since transformed to today’s radical organization “that characterizes people fundamentally as enemies of the earth.” He continues:

I believe that its refusal to make demands that are scientifically based combined with a leftist, anti-American and anti-market-economy attitude has led the environmental movement into an ideological dead-end in which it finds itself today.”

Poor people today cannot afford to treat wastewater, to clean the air, to reforest, etc. Poverty is a problem for man and for the environment. Fighting poverty helps both. There’s no contradiction.”

Radical environmentalists he says are hypocritical and confused in that they don’t understand that the gadgets that they themselves love using, like mobile phones, bicycles and rapid transport, buildings and wind turbines, come from the very things they protest. “It’s an absolute dream world.”

To demonstrate against fossil energies, Greenpeace attacked a Russian offshore drilling rig with a large boat equipped with diesel engines. […] When we sailed to Alaska to protest nuclear testing, we had no atomic weapons on board. They act like their new 32 million dollar boat is powered by sails when in reality it has a 5000 horsepower diesel engine. […] I just want to underscore what a dream world these people live in.”

Moore thinks that that fear and guilt play a big role in the religion. “This works the best with the global warming issue.”

Two million children die annually from diseases related to Vitamin A-deficiencies. If I take the precautionary principle seriously, then I can only demand that golden rice be immediately approved. If Vitamin A deficiency were a disease like malaria and someone discovered a medicine to heal the disease, it would not be long before people would use it.”

The whole interview is well worth reading and it hopefully it will appear soon in English.