Share this… Facebook TwitterConservative radio talkshow host Rush Limbaugh’s countdown clock now shows less than 11 months to go before our blue oceanic planet starts sizzling for good. Cropped from Rush Limbaugh site. About a decade ago Al Gore was earnestly predicting the planet had only another 10 years if we failed to dramatically reduce our […]

If This Cold Is Warming, Then ISIS Is Peace … USA’s Stunning Shock-Freeze Contradicts NOAA Warmth Claims

Share this… Facebook TwitterNot only last winter was a brutal one for the USA, which saw the Great Lakes freeze over, this year is also turning out to be an epic one as record cold temperatures continue their unrelenting grip across the nation and massive snowfalls bury large regions across the east. The UPI’s Fred […]

Vermont Madness: How “Environmentalists” Go About “Saving” The Global Climate

Share this… Facebook TwitterTake a bunch of mad scientists, put them in the same room as idiot policymakers who are gullible enough to believe them, and the results you get are more often then not totally disastrous. History has shown this time and again. Some examples are eugenics, the lipid hypothesis and DDT. Now such […] 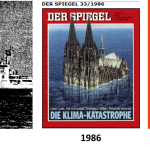 Share this… Facebook TwitterThe European Institute for Climate and Energy (EIKE) has a report here analyzing the 2014 wind energy output of the German state of Baden Wurttemberg (BW), home of the world famous Black Forest, which in turn is home to the cuckoo clock. Well, it turns out that not only the clocks in […] 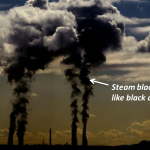 Share this… Facebook TwitterWhat follows is photo-shopping taken to an extreme. It’s little wonder few people believe anything the mainstream dailies write when it comes to climate change. Time and again they’ve been exposed to be unloading barges of BS onto their readers. Reader Jim sent an e-mail bringing attention to probably the most amateur […] 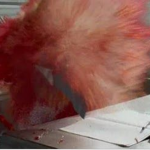 Share this… Facebook TwitterUPDATE: I got an angry e-mail from a reader who acted like he was offended by my likening the intolerance of warmists to that of the ISIS. The writer demanded that I get back to “a little bit of civility here”. Gee, I thought burning enemies was something Christians did hundreds of years […]

Share this… Facebook TwitterFor some renewable energy proponents, it simply doesn’t matter what hard facts showing wind and solar make little sense get put on the table, they’ll religiously insist that it’s the best thing ever in energy technology. Germany for example has invested massively in wind and solar energy in an attempt to replace […]

German Analysis: “97 Percent Consensus” Does Not Exist … Demands To End Debate Are “Way Off Sides”

Share this… Facebook TwitterI’ve always found the discussion over consensus in science extremely annoying. History is clear: When it comes to science progress, consensus has ended up being the loser every single time. ======================= The ninety seven percent problem: which consensus? By Uli Weber (Translated/edited by P Gosselin) We constantly hear and read about the claim […]

BP 2035 Outlook Foresees Only 8% Renewable Energy By 2035! No End In Sight For Fossil Fuel Growth!

Share this… Facebook TwitterOne of the biggest miscalculations that the global warming alarmists have made is claiming that global CO2 emissions must reach their peak by 2020 and then begin falling rapidly. If they don’t, there will be no chance of reaching the 2°C maximum warming target. Planetary catastrophe will ensue, the alarmists claim. British […]