Joe Bastardi Schools Dr. Michael Mann On How To Read A Weather Chart … Heavy Snow “Is Because It’s Cold”

Share this… Facebook TwitterThe Northeast USA is being socked by frightful cold and massive snow. The brutal New England winters are back and now we are witnessing last ditch efforts by disgraced climate scientists to blame the brutally cold winters on a warming planet (which in reality has not warmed in 18 years). At his […] 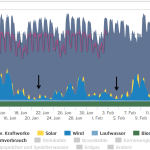 Share this… Facebook TwitterWintertime is when people especially need reliable power for their homes, living and workplaces – especially in a northern country like Germany. Unfortunately wind and solar power just aren’t able to come through and deliver when the chips are down. The above chart shows German power supply by the various sources available […]

A Look At The Utopian Minds Of Environmentalists Shows Derangement, Confusion And Reality-Disconnect

Share this… Facebook TwitterRoger Lewis of the UK online Spectator presents a highly interesting portrait of environmentalist, doomsday-believer Dylan Evans and his Utopia Experiment. Lewis concludes from it: “Designs for living always end in tears, or worse.” So disconnected from reality was Evans, and academic, that he believed he could actually make himself a better life departing the […]

Share this… Facebook TwitterAccording to University of California pediatric endocrinologist Robert Lustig, the US had 6 million “seriously overweight” kids in 2001. Since then that number has skyrocketed to over 20 million. Worldwide there are 366 million people with diabetes. By 2030, if trends are not curbed, 165 million Americans will be obese and by […]

German Climate Group Discussion To Focus On 2014 Global Temperature: “No Evidence Of An Especially Warm 2014”

Share this… Facebook TwitterGerman climate science critical group Klimakontroverse.de is holding its next meeting at the Freizeitheim Linden in Hannover, Germany, 19 February, at 7:30 pm. The group regularly has meetings on climate and is known for taking the discussions directly to the public, but doing so with respect, courtesy and politeness. It writes: The main […]

The Frigid Winters Of Global Warming: “Uncompromising Cold” … “Conditions That May Be Recalled For Generations”

Share this… Facebook TwitterHow often have we heard the older folks reminiscing about good old fashioned New England winters we used to get 50 years ago? Well, they’re back. Ironically today’s winters are in fact so tough that journalist Jason Samenow of the online Washington Post here predicts that we may remember the current one […]

Share this… Facebook TwitterReader Jimbo left a comment which I’ve upgraded to a post. Below he presents a list of 25 examples where climate alarmism organizations and scientists were more than happy to take in big money from Big Oil and industry. Even Michael Mann (Example no. 19) benefitted from the Koch Brothers! ============================ By reader Jimbo […]

Share this… Facebook TwitterResistance to wind power in Germany is snowballing. And it needs to be noted that this resistance is grass roots and sustained almost entirely by volunteers and privately donated time and effort. In the latest wind energy critical site www.vernunftkraft.de here has a report summarizing the performance of Germany’s wind turbines in […] 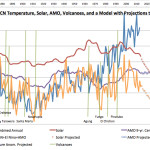 Share this… Facebook TwitterIt has been clear for a long time to those who simply observe climate that temperatures are driven by, in the long term, orbital and Earth tilt cycles, the Milanković cycles, in the medium term by solar cycles with ocean cycles. like the Atlantic Multi-Decadal Oscillation (AMO), and in the short term, […]