Share this… Facebook TwitterBy Die kalte Sonne (Translated/edited by P. Gosselin) In a guest article in the German DIE ZEIT, Rainer Moormann and Anna Veronika Wendland recently mentioned the subject of the nuclear phase-out. There is a replica of it at Erneuerbareenergien.de, written by Nicole Weinhold. In it the author puts forward the idea that […] 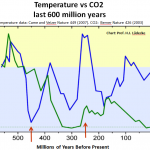 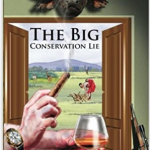 Share this… Facebook TwitterThe ugly face of environmentalism exposed… “Nature conservation is the new colonialism,” Kenyan ecologist Mordecai Ogada told German magazine GEO. A Kenyan biologist thinks white Europeans and Americans are using “nature conservation” for “self promotion” and have created nothing but failure in Africa. He accuses NGOs and nature conservation organizations of creating […]

Share this… Facebook TwitterUsing biomarker evidence (for example, the Early Holocene presence of sea creatures unable to survive below fixed warmth thresholds) and glacier melt extent measurements (for example, sea shells buried 6 km inside a glacier), scientists have been colloborating on a growing consensus that much of Arctic Svalbard was about 7°C warmer than […]

Share this… Facebook TwitterBy Die kalte Sonne  (German text translated by P. Gosselin) The Federal Ministry of Transport is looking at the temperature of the North German seas. Is that really the right Ministry for this? And why has the Green Party’s Steffi Lemke put forth this question? Before we take a closer look, let’s […]

Share this… Facebook Twitter Image: NASA (public domain) By Die kalte Sonne Do you remember the wild story that cold winters in Central Europe are supposedly a consequence of the Arctic turbo-heating? A great sideshow hypothesis in those years when winters were suddenly colder than expected. A study by Dai & Song 2020 has now brought […] 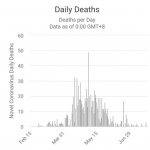 Share this… Facebook TwitterBy Kirye and Pierre Gosselin COVID 19 deaths in Japan diverts attention from growing number of suicides   It’s a long known but also a tragically long ignored problem in Japan: suicide. With all the focus on COVID-19 nowadays, other more pressing problems often fall off the radar and get ignored. One problem […]

Share this… Facebook TwitterIt is claimed Earth’s surface has warmed by 1°C in the last 140 years – which is a supposedly rapid climate change. But a new study suggests the Northern Hemisphere surface naturally cooled by 1°C in 8 or 9 years, then warmed up again by 1°C within decades during the Late Antique […]

Share this… Facebook TwitterA new study finds China’s 2016 “cold wave” – a sudden 6°C temperature plunge below the average, sustained over several days – resulted in a dramatic increase in cold-related deaths for a period of 5 weeks. Since the 1980s, there have been 20 times more deaths attributable to cold weather than to […]

Share this… Facebook TwitterGermany has been seeing the opposite of the hotly projected “another record hot” summer the media blared on about earlier in May. Instead it’s been pretty cool this month. Looking at the maximum temperatures reached so far this month at major northern Germany cities, today is the first for many to see […]