The first data set was global temperature anomaly going back 600 million years, taken from the results of a paper by Came and Veizer, appearing in Nature (2007) and plotted below (blue): 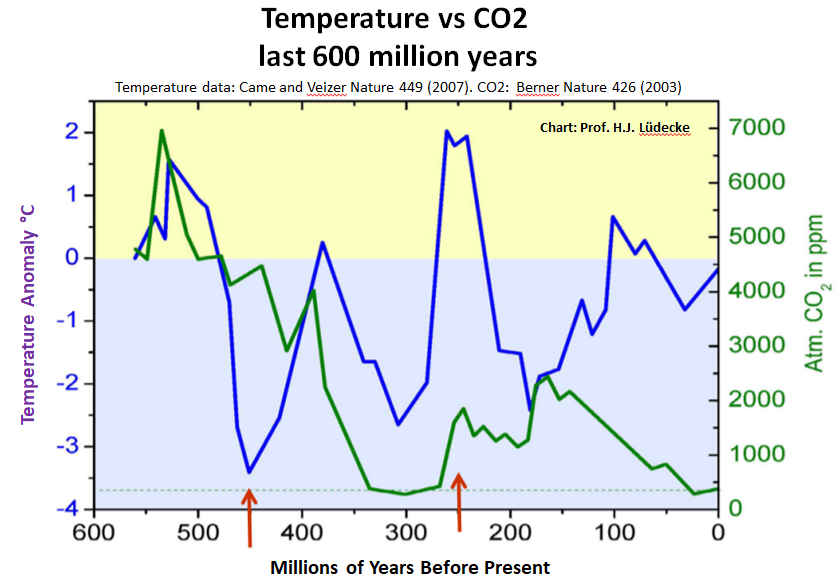 The second data set was of atmospheric CO2 going back 600 million years, taken from a published study by Berner (2003), also appearing in Nature. These data are plotted in the above chart in blue.

The plots were combined in the above chart to see how well they correlated, if at all. The result: no correlation.

450 million years ago the relationship was even far more on its head: atmospheric CO2 concentrations were more than 10 times today’s level, yet the global temperature was a frigid 3.5°C below the mean!