The ugly face of environmentalism exposed…

A Kenyan biologist thinks white Europeans and Americans are using “nature conservation” for “self promotion” and have created nothing but failure in Africa.

He accuses NGOs and nature conservation organizations of creating a “permanent crisis” to justify their work and transform Africa into a place for white people to enjoy. 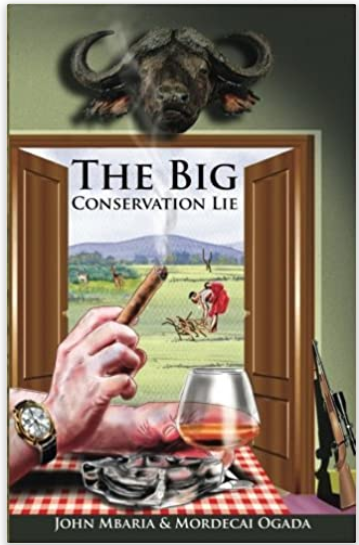 Dr. Ogada, who is author of “The Big Conservation Lie“, called nature conservation in the GEO interview “elitist, violent and often racist” and that it is a “right-wing agenda enforced with money from the left”.

Instrument of power over Africa

He also refers to nature conservation scientists as “prostitutes” and NGOs as “pirates”.

“Environmental protection in Africa is above all a mendacious instrument of power for him,” commented GEO.

In his book, Ogada, who has worked as a biologist for NGOs for more than 18 years, compared nature conservation in Africa to apartheid because “projects are run by whites” who make all the decisions and use black researchers as window dressing, adding: “you suddenly realize that decisions are forced on you by people who are less qualified and often white.”

Dr. Ogada told GEO: “Nature conservation in Africa still follows the rules of colonial times: keep black people away from nature so that white people can enjoy it.”

“White saviors” and nature conservation above all

In Kenya, because of the religious nature conservation fervor by elitists, no crime is as grave as poaching and it is the only one that leads to an immediate death penalty.”

“In Kenya, we arrest robbers, kidnappers, murderers and bring them to justice. But we shoot poachers. Sometimes it happens to someone who is just walking through a protected area,” he told GEO. “Nature conservation organizations spend millions to bring their romantic message to the people: the story of white saviors who save the wildlife in Africa – from the Africans.”

Ogada also illustrates how western values are gravely out of whack, using the example of six poached gorillas at Virunga that made western headlines but not widescale killing and raping of women and children: “But the worst thing about it was that at the same time Virunga was considered one of the world’s worst rape scenes. Hundreds of women were raped every day, children were killed. And none of it made the news. Just the six dead gorillas. And that is so fundamentally wrong.”

NGOs in it for money, power…”no angels”

Ogada also doubts that the millions of dollars protect animals at all: “No. That money makes some people very rich. These organizations pay high salaries. They buy guns, ammunition, helicopters. They build up a kind of parallel government, including security agencies.”

Goodall, Fossey: In it for “self-promotion”

Ogada also thinks very little of conservationists like Jane Goodall or Dian Fossey and that it’s about “self-promotion above all else”, adding: Dian Fossey’s militias killed people they suspected of being poachers. She was murdered in revenge for violating other people’s rights.”

9 responses to “Kenyan Biologist: Nature Conservation Is “New Colonialism”…Africa “A Place For White Elitists To Enjoy””