Share this… Facebook TwitterThe strategy of scaring people into action on climate change has backfired totally, so writes Kathrin Burger of the German leftist TAZ daily in a piece titled: Horror Scenarios Promote Depression. Psychologists say that many who have been listening excessively to climate alarmists are now ready for therapy. Photo: public domain – […]

Share this… Facebook TwitterHaving read the latest on the Greenpeace-30 activists detained by Russian authorities last month, I sense that they probably will be spending a few more years in prison than what some us thought just a couple of days earlier, just after it was announced that piracy charges would be dropped and that […]

Share this… Facebook TwitterOn October 27, I wrote an article about the EU’s plan to ban “energy guzzling” vacuum cleaners, read here. This is all part of a plan by EU bureaucrats dubbed the European Ecodesign Directive, which aims to regulate consumers into radical energy efficiency and low carbon emission lives. Because many of these eco-intrusion schemes […]

Share this… Facebook TwitterPowerful autumn storm St. Jude (dubbed Christian in Germany) swept across England and the North Sea Sunday and Monday, leaving a path of destruction in its wake. Especially hard hit were England, Northern France, Holland and the North German coast. The storm claimed 14 lives in Europe. Particularly hard hit was the […] 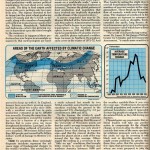 Share this… Facebook TwitterIn the 1940s and 50s, amid the Arctic meltdown, climate scientists back then warned of an ice-free Arctic and a warming planet. USS Skate at an ice-free North Pole in the 1950s. Public domain photo. Then in the 1970s the sea ice at the Arctic recovered and the globe again struggled with bitterly […]

Share this… Facebook TwitterDesperately Searching For Climate Warming In China, Alaska And Canada By Dr. Sebastian Lüning and Prof. Fritz Vahrenholt (Translated, edited by P Gosselin) In mid October 2013 a temperature reconstruction of the last 250 years based on tree rings from northeast China appeared in the journal of Palaeogeography, Palaeoclimatology, Palaeoecology. Recorded were […]

Share this… Facebook TwitterThe EU is now in the process of taking away larger size electric appliances from consumers, saying they consume too much energy. Small appliances are enough for the citizens and they’ll just have to learn to like them. EU banning “energy-hungry” vacuum cleaners Incandescent light bulbs have already been removed from the shelves. […]

Germany Sends Clear Signal That It Will Slam The Brakes On Renewables…”Saving Industrial Jobs More Important!”

Share this… Facebook TwitterFirst they told us that we would soon run out of fossil fuels. But now we are starting to hear that we have too much, so says Bill McKibben in an interview with utlra-warmist German site Klmaretter (Climate Rescuer). Right now McKibben seems to be on a sort of trash-America tour in Europe, flying around […]

Share this… Facebook TwitterFor whatever reason the following Alfred Wegener Institute (AWI) press release was nowhere mentioned in the mainstream media. And I was not able to find the report in an English version. So what follows is a professional translation. It’s indeed something the alarmists can put in their pipes and smoke on for awhile. My […]

Share this… Facebook TwitterDavid Robert Grimes of the Irish Times latest piece pretty much tells us all we all need to know about the state of mind of climate alarmists nowadays: it’s one of mounting frustration that’s on the verge of exploding anger. Are calls for anger what one typically sees from the winning side […]

Share this… Facebook TwitterVarious reports are coming out claiming that Russian authorities have reduced the charges against the Arctic Sunrise activists from piracy to hooliganism. Russia’s RT here reports the lesser hooliganism charge carries a maximum sentence of 7 years in prison. ‘The actions of those involved in the criminal case have been  reclassified to […]