In early April, the 7th Climate Conference, featuring distinguished non-alarmist scientists and organized by the European Institute for Climate and Energy (EIKE), took place at the Steigenberger Hotel Mannheimer Hof in Mannheim, Germany.

The 2-day conference featured heavyweights like Richard Lindzen, Nir Shaviv and Henrik Svensmark who brought the message that today’s climate science tells us there really isn’t much to be alarmed about. CO2 is nowhere near the big driver the media and government-funded scientists make it out to be. 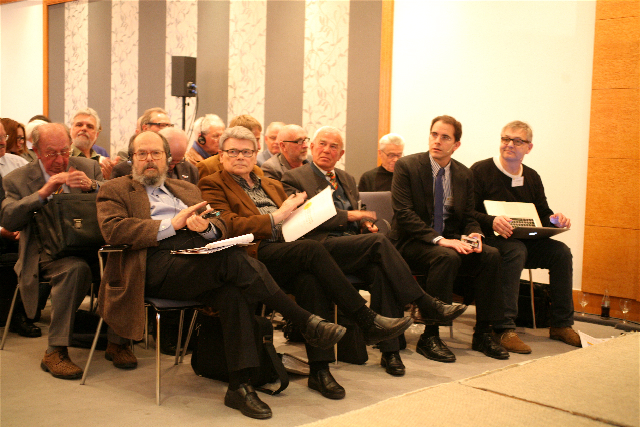 The conference room was large enough to accommodate an audience of 100 people, yet 130 specialists of various fields jammed inside. Those coming late had to stand. Year by year interest in other views in the climate debate and explanations as to why global temperatures refuse to rise has been growing among the public in Germany and Europe. Little wonder that the place sold out.

But interest in rational climate science ends at the media’s front door. The non-alarmist message put forth by the distinguished scientists obviously was not what the German mainstream media wanted to splash in their newspapers, TV screens or internet pages. EIKE reports that not one of the three invited local newspapers bothered to show up and report on the conference and cover the story.

Instead of delivering vivid pictures of doom and gloom scenarios like the IPCC does, the dissident scientists came to tell the world that there really isn’t a man-made climate problem and that the real problem is the man-made climate science disaster. For years the IPCC has been giving the public a distorted and manipulated picture of our climate.  The non-irrational scientists at the conference showed the data to back it up. But this was not the message the German media wanted to hear or to spread to the public. The willful deception continues.

Does the print media see the writing on the wall as to why readers are leaving in droves? It’s little wonder. The readers want to see objective information, and not eco-propaganda. […]

As it stands, one has to consider the often sworn free, objective German media as definitely having reached communist East Germany media levels.”

9 responses to “7th International Non-Alarmist Climate Conference Sells Out! Yet Not A Single German Media Outlet Shows Up”