Recently we heard reports of the earliest snowfall in Greta Thunberg’s Sweden in 20 years, and “stunning” snowfall in Norway. So it’s been strange to hear during these hysterical days of Fridays for Future (FFF) how snowfall is supposed to disappear even in the dead of winter.

Yet, Sweden’s and Norway’s early snowfall really should not come as a surprise when we look at the temperature trends for late summer in Sweden and elsewhere. The data are telling us that the opposite is happening: In reality autumn seems to be arriving earlier in Scandinavia.

Using the untampered data from the Japan Meteorological Agency (JMA) from the 6 Swedish stations that offer close to complete datasets, we see that August has been seeing a late summer cooling trend across the Nordic country: 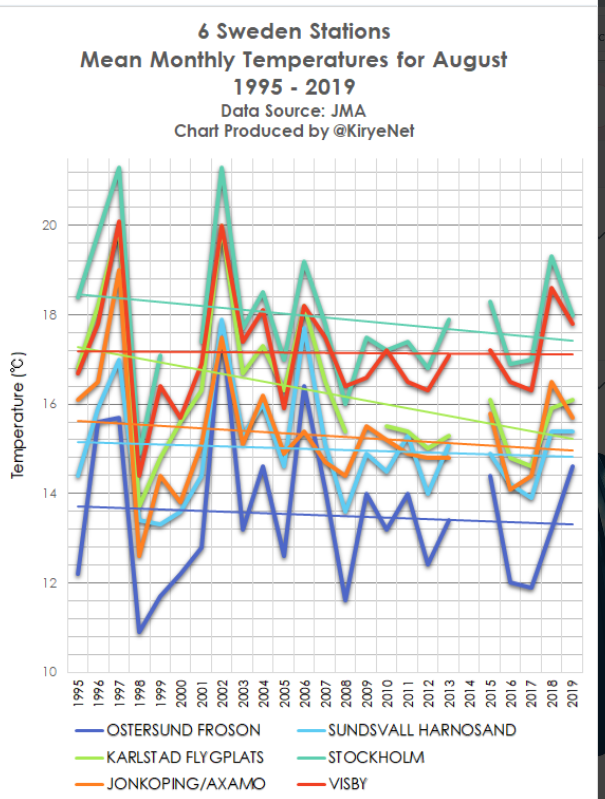 And when we look at the untampered data at stations in Europe, we find that there has not been any warming over the past recent decades.

Some people are just not being honest.

No warming Norway in August

Looking at August mean temperatures in other countries in Europe, we see the same similar trends. Let’s look at Norway. Plotted are 11 stations where the JMA data are near complete, since 1996: 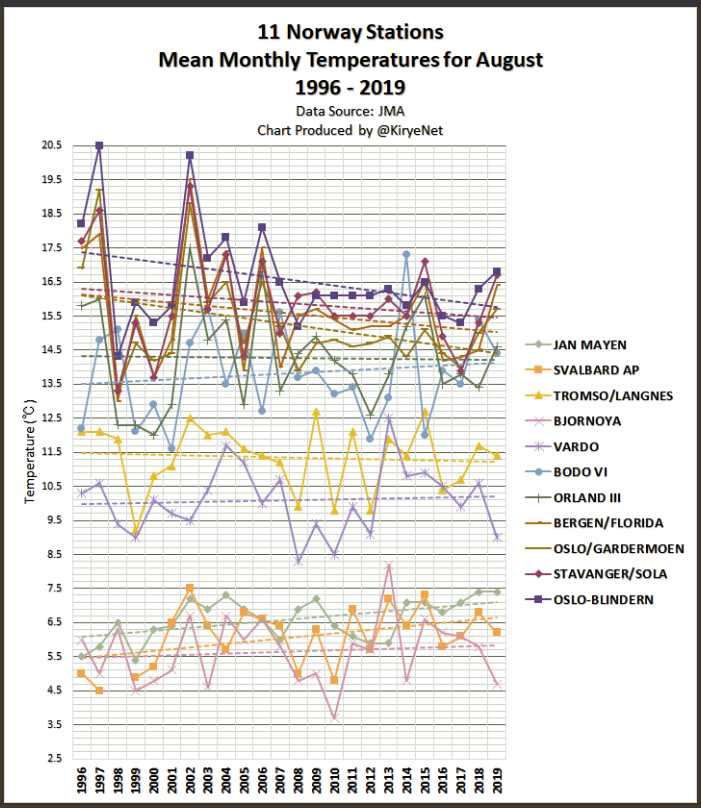 In Norway we find that a majority of the stations show cooling or steady temps for August. These results defy the spectacularly hyped statements we often hear from the Fridays for Future Fanatics (FFFF).

No real August trend in Portugal

Next we look at the Atlantic coastal country of Portugal. Here I’ve plotted the 5 stations that have near complete data, going back to 1997: 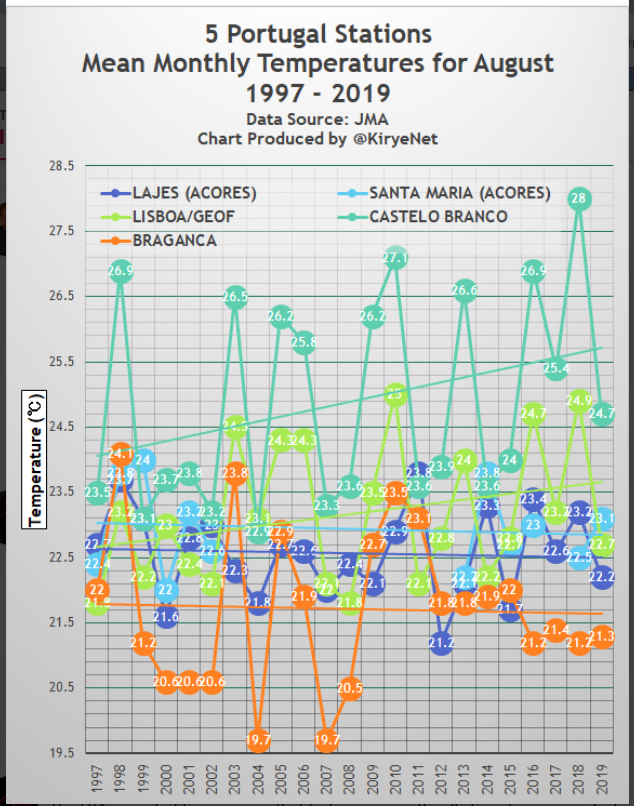 In Portugal, some stations have warmed while others have cooled. In total, there’s been no statistically significant trend.

30 years of August cooling in Belgium

In Uccle in Belgium, the mean monthly temperature for August 2019 was 19.2℃. Here we observe that there’s been no warming trend for August since 1989. 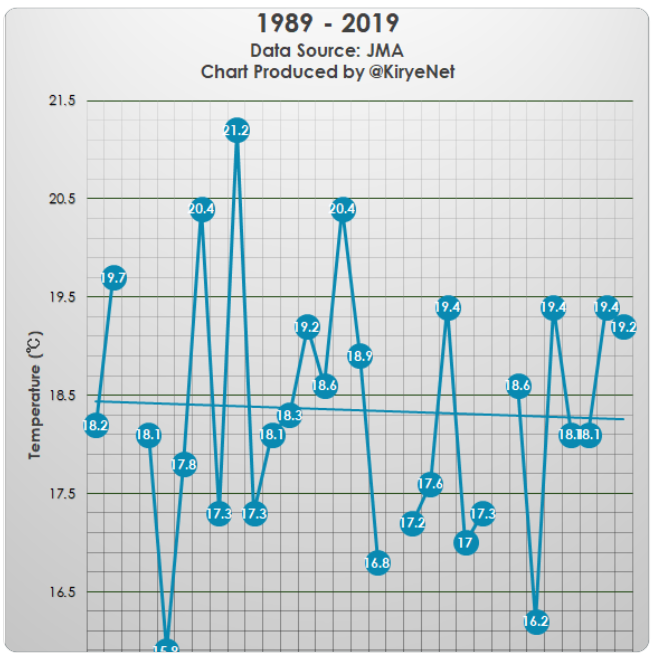 The hottest August in Uccle, Belgium was back in 1997 with 21.2℃. The trend there is clearly one of cooling. Data source: JMA.

Finally we look at a station Belgium’s tiny neighbor of Luxembourg: Here the mean monthly temperature for August 2019 was 19.5℃, and so there has been no warming since 1990 for August 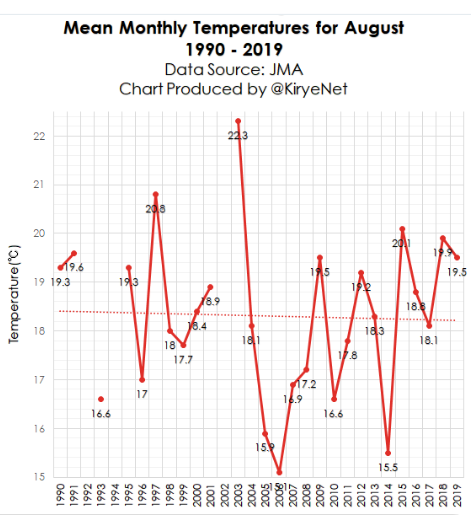 Though the globe has warmed over the 20th century, and it may be warming a bit this century, the data show us none of it resembles the scary, panic-fanning tales we’ve been hearing from the hysterical FFF crowd.

Even the Australians will agree.