In terms of Arctic sea ice and hurricane activity this year, the climate ambulance chasers have been quiet. 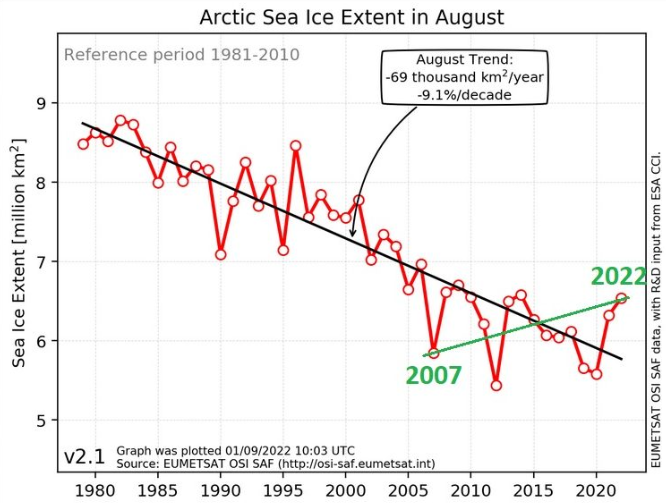 The DMI graph shows the size of sea ice areas in the Arctic in August from the beginning of satellite measurements in 1979 to 2022 (red line). The sea ice areas have grown in August 2022 compared to most previous years after 2006 and have a positive trend since 2007, 15 years ago. There is no summer ice melt in the Arctic as predicted by the climate disinformers John Kerry and Al Gore in 2009. They had predicted ice-free late summer Arctic  already for the year 2014.  Source: DMI plots Arctic ice cover with additions

The Arctic is not even passable for regular ships, let alone being ice-free: 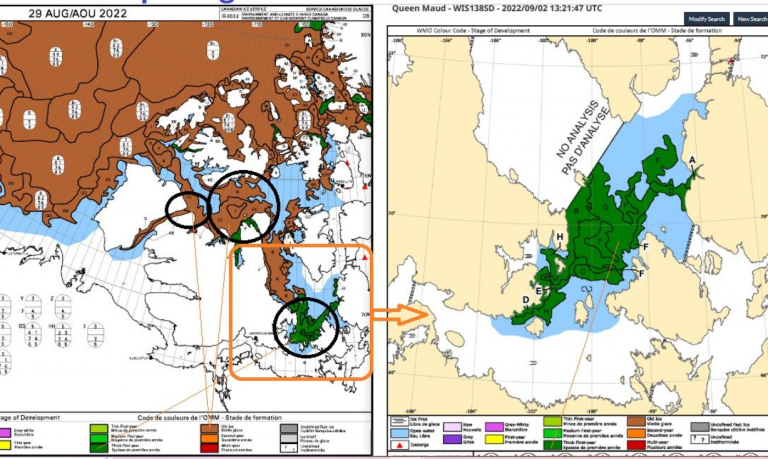 At the end of August (left) and beginning of September 2022 (magnified right), the Northwest Passage in the Canadian Arctic erchipelago continues to be blocked by thick annual (green) or thick multi-year ice (brown). In the coming days, the end of summer ice melt will be reached and winter new ice formation will begin. Source: Canada Sea Ice Charts.