Browse: Home / 2021 / February / 19 / Junk Grade Models: Even Short-Term Climate And Weather Modelers Get It All Wrong

Many climate policies are based on scenarios generated by models. Depending on what these models churn out, actions and costly regulations get enacted to mitigate the worst consequences. So we hope that the modelers get it right. Unfortunately they are still shooting in the dark. Even short term models are failing miserably.

It turns out most models are junk grade when it comes to forecast quality. For example, The Weather Channel here not long ago issued it’s winter outlook up through March: 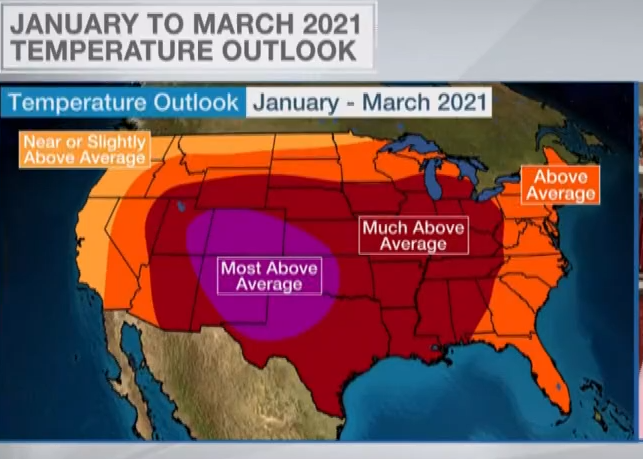 The area of the US now being hit by one of the most vicious cold waves in the last 100 years was indeed forecast to be “way above normal” or “much above normal”. So far the exact opposite has happened. They never saw it coming.

We have to wonder what it takes to be issued a license to practice weather forecasting nowadays, and we have to feel sorry for those businesses and industries that relied on these botched forecasts.

Yet, these are the type of outlooks that policymakers insist we need to heed and so take immediate (costly) action.

Another example of short to midterm forecasting involves the El Nino events, which have a global impact. Having the ability to predict these events accurately would be a very valuable tool.

And not long ago the Potsdam Institute for Climate Impact Research (PIK) in Germany claimed to have developed a model that could predict the events with 80% probability. A PIK November 2019 press release in fact boasted that its team of renowned researchers had developed a new, far better model – which in November 2019 said was capable of forecasting a late 2020 El Niño event a year in advance.

Today in February, 2021, the results are in and they are ugly: The equatorial Pacific 3.4 region is near La Nina conditions, thus in complete contradiction to the warm forecasts of the Potsdam Institute. The “pioneering” PIK model, which in part was developed by Prof. Hans-Joachim Schellnhuber, is a complete failure and totally wrong: 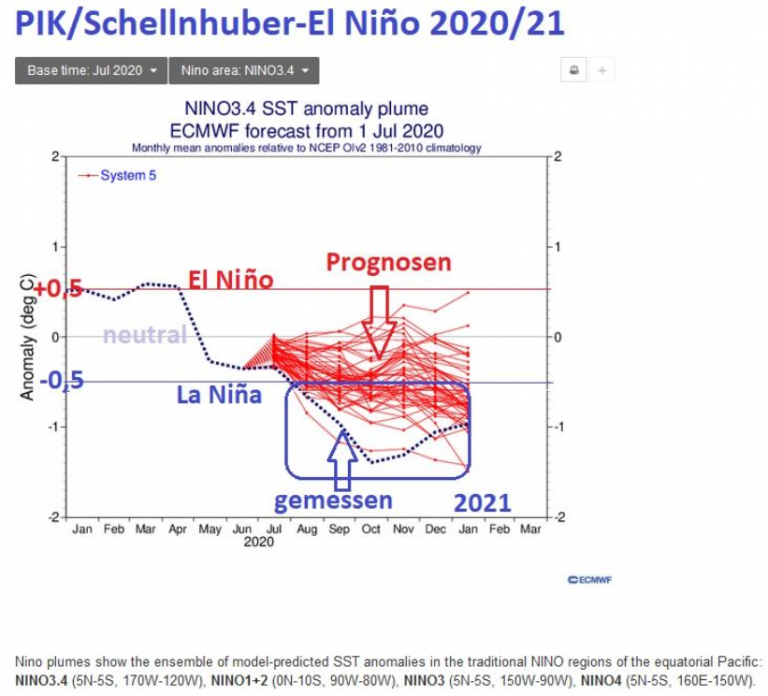 The ECMWF forecasts were on average about one degree Celsius too warm. There have been La Niña conditions since August 2020 with measured values of -0.5°C deviations and colder.

“The ‘pioneering’ PIK model produced model rubbish and disgraced German ‘climate science’ worldwide. Moreover, it currently looks as if the cold La Niña wants to cool us down further until 2022,” reported Schneefan here.

10 responses to “Junk Grade Models: Even Short-Term Climate And Weather Modelers Get It All Wrong”