Browse: Home / 2021 / February / 18 / More Evidence Surfaces That Fires Are Far Less Common Today Than In The Past

Two new studies suggest fires in Australia and the northwestern US raged with great frequency and regularity until 500 to 900 years ago, when fire records rapidly declined to the present.

In the Northern Territory of Australia the highest fire incidence ~4600 to 4000 years before present co-occurred during a time of “high effective precipitation”. There has been a precipitous decline in fires in the last 900 years.

“The Marura palaeofire record comprises three main phases: 4600–2800 cal BP, 2800–900 cal BP and 900 cal BP to present. Highest fire incidence occurs at ~4600–4000 cal BP, coinciding with regional records of high effective precipitation, and all fire proxies decline from that time to the present. 2800–900 cal BP is characterised by variable fire intensities and aligns with archaeological evidence of occupation at nearby Blue Mud Bay. All fire proxies decline significantly after 900 cal BP. The combination of charcoal and pyrogenic carbon measures is a promising proxy for relative fire intensity in sedimentary records and a useful tool for investigating potential anthropogenic fire regimes.” 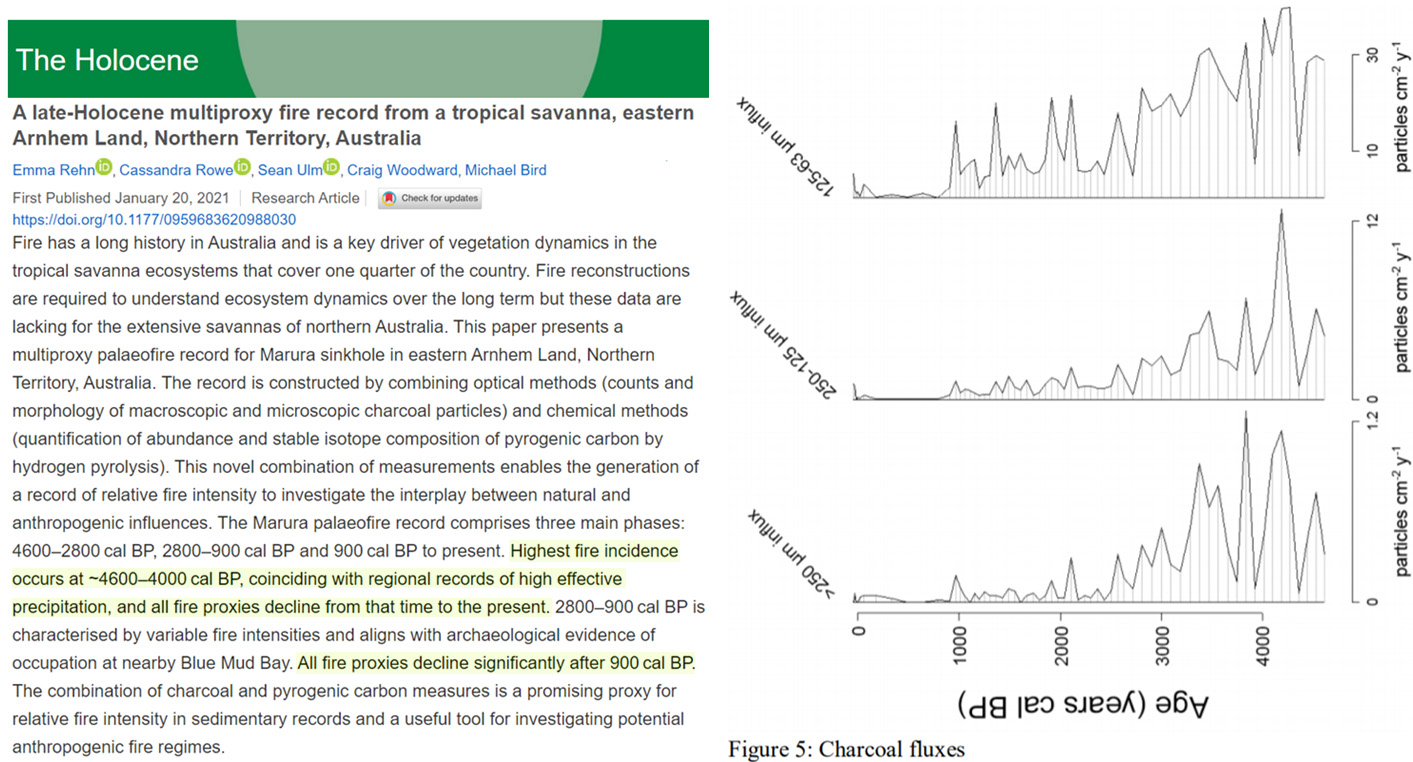 Another new paper suggests the fire history in northwestern United States has experienced a rapid decline in the last 500 years, with no regional fires at all in the last 150 years.

“Results show low fire activity from ca. 9870 to 6000 cal yr BP, after which time fire increased and remained frequent until ca. 500 cal yr BP. A woodland environment existed at the site in the early Holocene, with the modern coniferous forest establishing ca. 6000–5500 cal yr BP. A mixed-severity fire regime has existed at the site for the past ~6000 years, with both higher- and lower-severity fire episodes occurring on average every ~80–100 years. However, only one fire episode occurred in the Long Lake watershed during the past 500 years, and none within the past ~150 years.”

There has been a continued decline in not just regional but global-scale fire since the 21st century began (Earl and Simmonds, 2018) and during the last century (Yang et al., 2007). 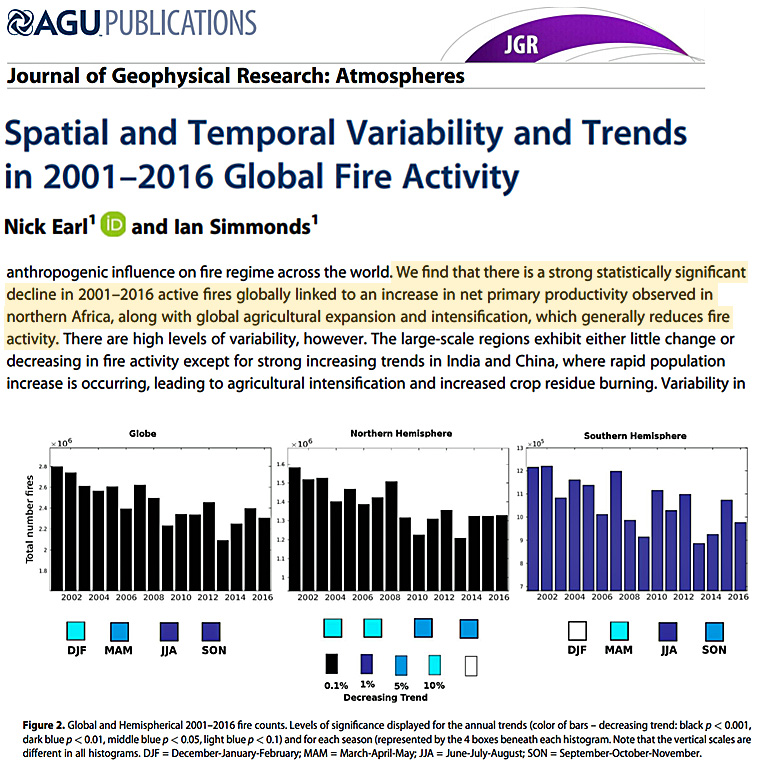 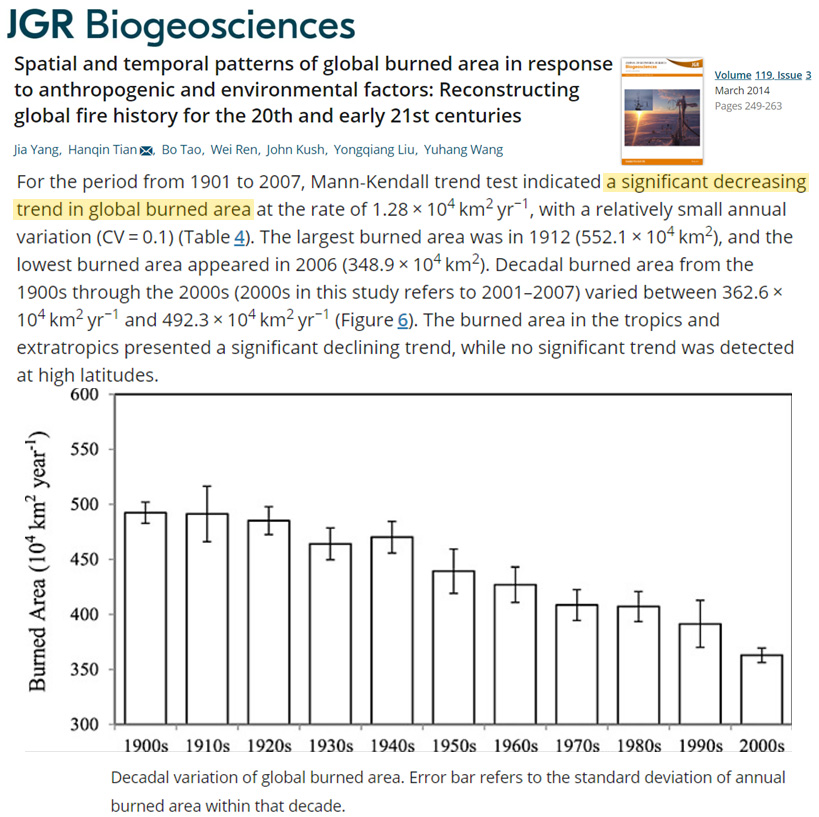