A new peer-reviewed paper published in the International Journal of Global Warming identifies 79 “apocalyptic” predictions formulated since 1970 by “researchers and activists” who “predict cataclysmic events” resulting from “catastrophic climate change.” Already 48 of these “truly apocalyptic forecasts” have failed. The other 31 are likely just as wrong, but the prediction end dates haven’t expired yet, as “the apocalypse is always about 20 years out.”

In a new paper and press release (surprisingly published in AAAS) they have effectively exposed a “string of repeated apocalyptic forecast failures” over the last 50 years made by such activists/scientists as Al Gore, Paul Ehrlich, and Tim Flannery. Activists/scientists James Hansen and Michael Mann have catastrophic predictions set to expire in the 2030s, and the IPCC had a cataclysmic forecast already fail and 3 others that will expire in 2029 and 2050 (2).

The authors’ intention was to warn the climate science community about the cry-wolf dangers of repeatedly making “extreme climate forecasts” that, when they inevitably fail, “undermine the trust in the underlying science.”

It is highly likely that these warnings will be ignored, however, as “making sensational predictions of the doom of humanity, while scientifically dubious, has still proven tempting for those wishing to grab headlines.” 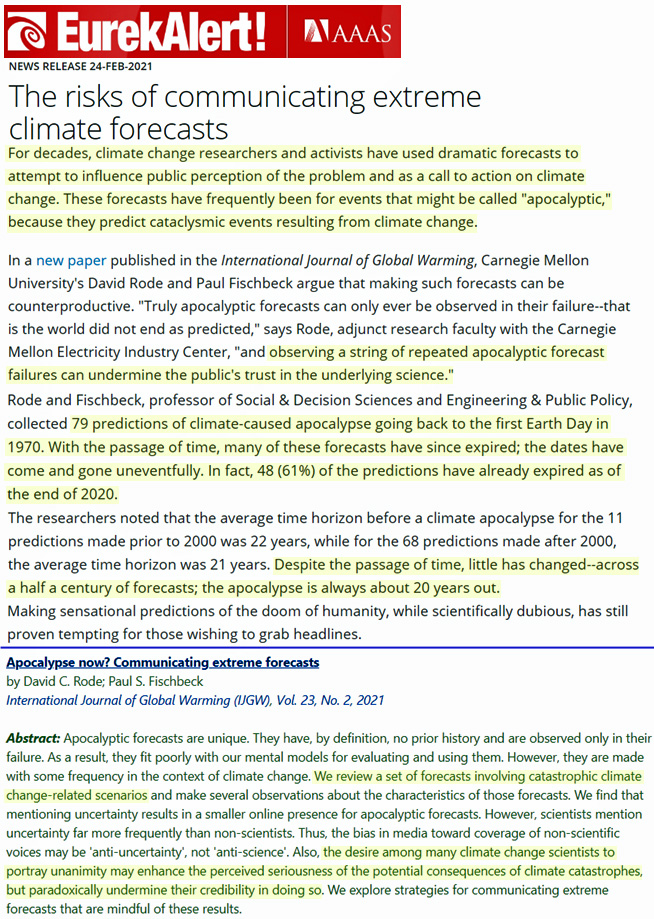 The list of 79 predictions and their end (failure) dates can be found here: 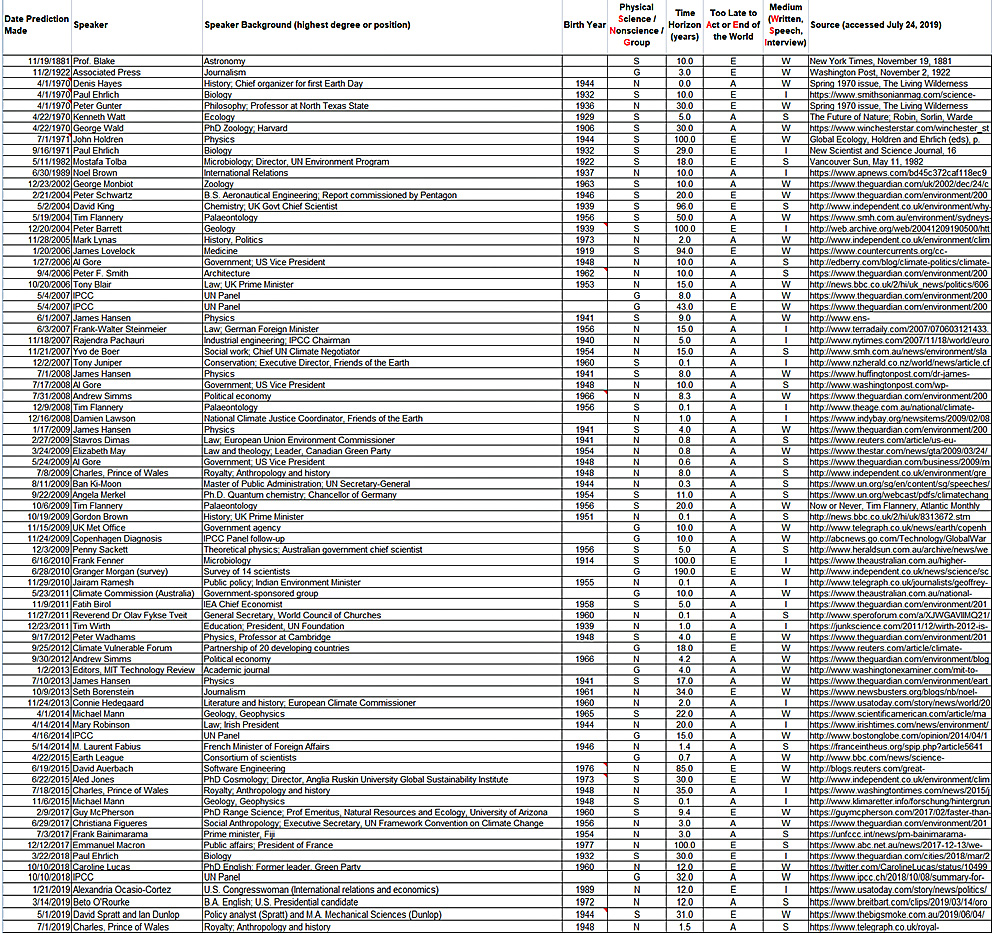