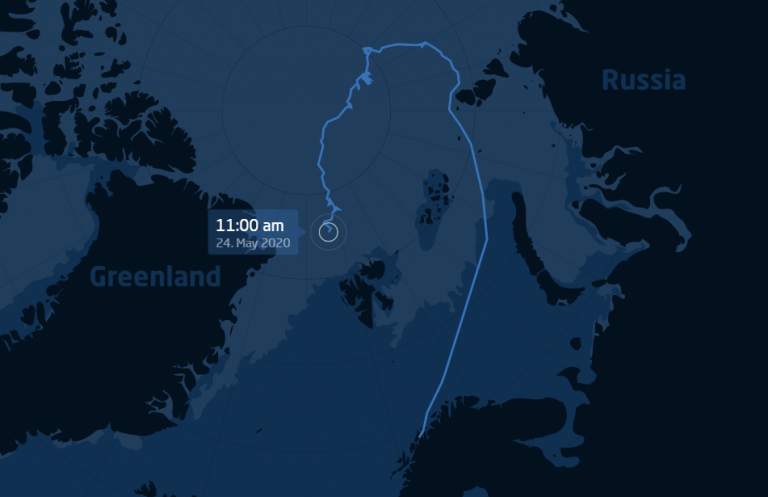 German icebreaker and research vessel “Polarstern” has been drifting through the central Arctic on a 140 million euro MOSAIC research expedition since the beginning of October 2019. But the Arctic – they have inconveniently discovered – is strongly frozen at its highest level in the last five years.

The climatologists had prematurely abandoned their floe on Saturday, May 16, 2020, to make their way to Spitsbergen by Monday, May 25, but had to stop their engines already on Monday, May 18, because the two-year drift ice was too thick, they reported. 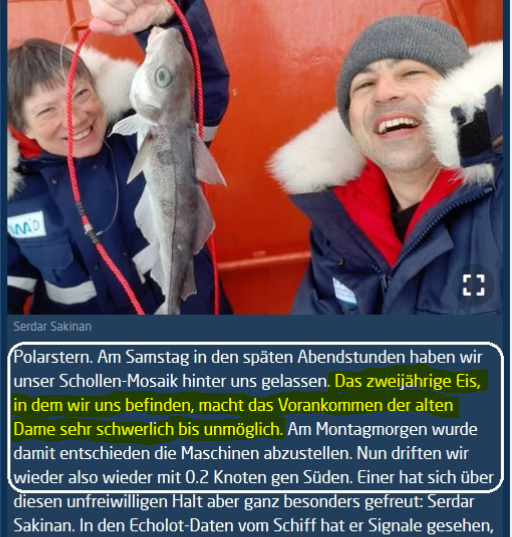 On May 20th, the researchers on board the Polarstern vessel wrote “two-year ice” is making travel “very difficult to impossible”. Image: MOSAIC.

They wish to reach Spitsbergen by Sunday, May 24, 2020 in order to meet up with two sister ships to take on supplies and a new crew. This is to avoid further evacuations like the one on April 22, when seven participants of expedition leg 3 were flown out by a Twin Otter. They should have been replaced in early April.

Shortly after Easter the vessel had left the drift corridor and drifted southwards in 2 to 3-meter thick pack ice towards Spitsbergen. There ice masses of 4-meter thickness awaited them and thus the biggest and thickest ice surfaces for many years.

The expedition and crew now aim to meet the German research vessels “FS Sonne” and “FS Maria S. Merian” (ice class E3 up to 0.8 meters of ice thickness) in “calm waters” off Spitsbergen and exchange the entire personnel and to resupply.

However, the current drift calculator shows the Polarstern will unlikely reach Spitsbergen on schedule.

The Polarstern had been planned to reach the North Pole, but never reached it.