NOTE: Sorry about putting up the wrong chart earlier. Now the correct chart for Iceland is up. I was in a rush today and so was a bit less than diligent. -PG (When the wife says be ready by 7 pm, she means it!)

Iceland is situated in the upper North Atlantic, which makes it ideal for observing climate patterns and changes in that region.

Some people say that today’s climate is being driven almost entirely by man-made CO2, a trace gas in the atmosphere. Others, however, insist that the system is far more complex and involves a vast array of interdependent factors. One of the major factors is oceanic cycles.

What follows is a chart of April mean temperatures from 3 stations in Iceland, plotted using the data from the Japan Meteorological Agency (JMA). 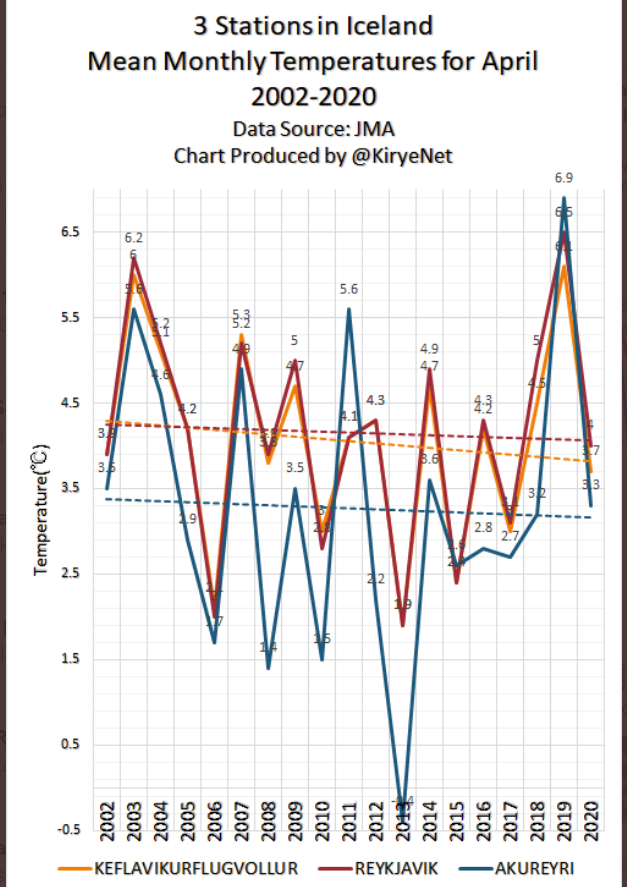 The results show there has been cooling in April since 2002. No warming to speak of. Spring is taking a little longer to arrive than it was 18 years ago.

But the mean temperatures for one single month like April are not enough to tell us if there is an overall warming or cooling trend for Iceland. Looking at the annual mean temperature plot using JMA data for three stations, we find the following trends: 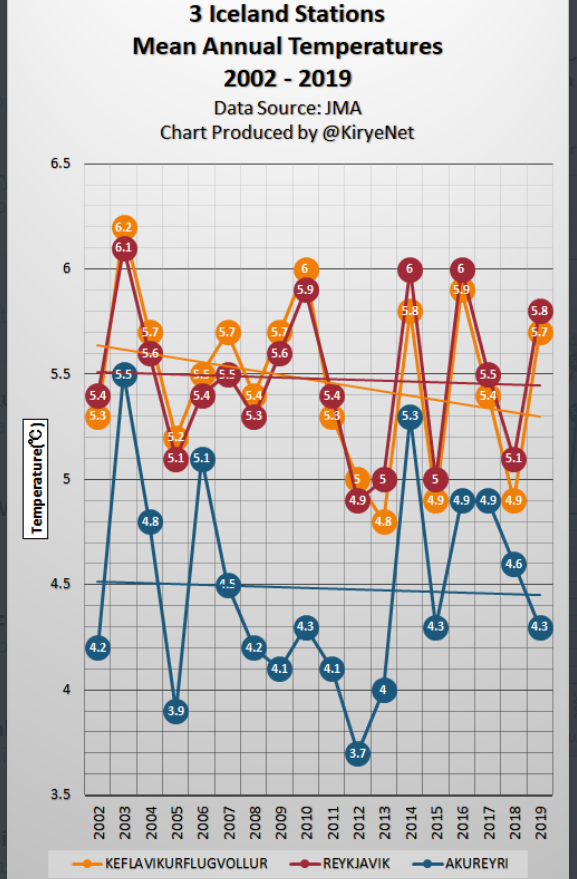 The three stations plotted above show no warming at all, even though global temperatures are said to be warming due to CO2.

So why would Iceland be cooling? Obviously other natural factors are very much at work, like oceanic cycles. The story is similar at many locations worldwide. CO2 is not the main driver of the climate.