As winters get harsher and the snow piles up, more and more scientists are now warning of global cooling. Reader Matt Vooro has compiled a list (see below) of 31 prominent scientists and researchers who have words that governments ought to start heeding.

UPDATE: Another one for the list – Professor Paar, from Croatia’s Zagreb University 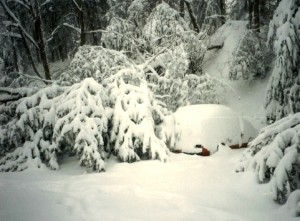 Cooling seems to be the trend. Photo source: NOAA.

Lately, the clueless among warmist scientists, governments and the MSM have been running around in deep snow with their global warming blinders on, denying the cold around them. Governments, entrusted to serve the citizens, really ought to start listening up and planning accordingly.

Are we headed for global warming or cooling?

For many years now a good number of non-AGW scientists, meteorologists, engineers, researchers and the like have looked at the possibilities of a cooling planet. I enclose some of the ones that I have noted  in my research. Indeed there is a significant number of scientists, academics, meteorologists and researchers who disagree with IPCC’s belief that the globe is very likely headed for unprecedented global warming due to man-made greenhouse gases.

Lawrence Solomon in his article of 16 June, 2010 in the Toronto National Post commented on Professor Mike Hulme’s article about IPCC. The article can be found here at probeinternational.org. Hulme is a Professor of Climate Change in the School of Environmental Sciences at the University of East Anglia – the university of Climategate fame — is the founding Director of the Tyndall Centre for Climate Change Research and one of the UK’s most prominent climate scientists. Quoting Hulme, Solomon said:

The UN’s Intergovernmental Panel on Climate Change misled the press and public into believing that thousands of scientists backed its claims on manmade global warming, according to Mike Hulme, a prominent climate scientist and IPCC insider. The actual number of scientists who backed that claim was “only a few dozen experts” he states in a paper for Progress in Physical Geography, co-authored with student Martin Mahony.”

Professor Hulme’s paper can be found at fabiusmaximus

This is understandable as IPCC never had a mandate to study all causes of global warming but only the man induced component which seems to be dwarfed by natural planetary factors, which other scientists are now finding out. Read papers.ssrn.com/sol3/papers.

Here is a list of 31 different international climate scientists, academics, meteorologists, climate researchers and engineers who have researched this topic and who disagree with AGW science and IPCC forecasts, and are projecting much cooler weather for the next 1-3 decades.

Setting up of the PDO cold phase assures global cooling for next approx. 30 years. Global warming is over.  Expect 30 years of global cooling, perhaps severe 2-5°F.”

Expect global cooling for the next 2-3 decades that will be far more damaging than global warming would have been.”

2. Syun Akasofu, Professor of Geophysics, Emeritus, University of Alaska, also founding director of ARC
He predicts the current pattern of temperature increase of 0.5C /100 years resulting from natural causes will continue with alternating cooling as well as warming phases. He shows cooling for the next cycle until about 2030/ 2040.

And again a new paper ON THE RECOVERY FROM LITTLE ICE AGE – Read here.

3. Prof. Mojib Latif, Professor, Kiel University, Germany
He makes a prediction for one decade only, namely the next decade [2009-2019] and he basically shows the global average temperatures will decline to a range of about 14.18 C to 14.28 C  from 14.39 C  [eyeballing his graphs].

He also said that “you may well  enter  a decade or two of cooling relative to the present temperature level”, however he did not indicate when any two decades of cooling would happen or whether the  second decade after the next decade will also be cooling. Read here and here.

4. Dr. Noel Keenlyside from the Leibniz Institute of Marine Sciences at Kiel University. The BBC writes:

The Earth’s temperature may stay roughly the same for a decade, as natural climate cycles enter a cooling phase, scientists have predicted.”

A new computer model developed by German researchers, reported in the journal Nature, suggests the cooling will counter greenhouse warming.”

Kyle Swanson of the University of Wisconsin-Milwaukee said. “Cooling events since then had firm causes, like eruptions or large-magnitude La Ninas. This current cooling doesn’t have one.”

Swanson thinks the trend could continue for up to 30 years.”

A weak global cooling began from the mid-1940’s and lasted until mid-1970’s. I predict this is what we will see in the next few decades.”

Indeed, global warming stopped and a cooling is beginning. No climate model has predicted a cooling of the Earth, on the contrary. This means that projections of future climate is unpredictable.”

Therefore, prolonged low solar activity periods in the future may cause the domination of a strongly negative AO and extremely cold winters in North America, Europe and Russia.”

‘From the scientific point of view, in terms of large scale climate cycles, we are in a period of cooling.

‘The last three years of low temperatures in Siberia, the Arctic and number of Russia mountainous regions prove that, as does the recovery of ice in the Arctic Ocean and the absence of warming signs in Siberia.”

Mr. Tishkov, deputy head of the Geography Institute at Russian Academy of Science, said: ‘What we have been watching recently is comparatively fast changes of climate to warming, but within the framework of an overall long-term period of cooling. This is a proven scientific fact’.”

The UK and continental Europe could be gripped by more frequent cold winters in the future as a result of low solar activity, say researchers.”

There isn’t going to be an ice age, but temperatures will drop to levels last seen in the 1950s and 1960s.

Right now all components of the climate system are entering a negative phase.  The cooling will reach it’s peak in 15 years. Politicians who have geared up for warming are sitting on the wrong horse.

The Northeast Passage will freeze over and will be passable only with icebreakers.”

Pokrovsky also claims that the IPCC, which has prophesized global warming, has ignored many factors. He also noted that most American weather stations are located in cities where temperatures are always higher.

We don’t know everything that’s happening. The climate system is very complex and the IPCC is not the final truth on the matter.”

These cool and warm PDO regimes correlate well with the cooling and warming phases of GMTA shown in Figure 3.

Read WUWT and read here, and

In this article, a mathematical model was developed that agrees with observed Global Mean Temperature Anomaly(GMTA), and its prediction shows global cooling by about 0.42 deg C until 2030. Also, comparison of observed increase in human emission of CO2 with increase in GMTA during the 20th century shows no relationship between the two. As a result, the claim by the IPCC of climate catastrophe is not supported by the data.”

‘Fossil fuels allowed man to live his life as a proud human, but the IPCC asserts its use causes catastrophic.’ “

13. Nicola Scafetta, PhD.
Empirical evidence for a celestial origin of the climate oscillations and its implications

The partial forecast indicates that climate may stabilize or cool until 2030-2040.”

Longer term the sun is behaving like it did in the last 1700s and early 1800s, leading many to believe we are likely to experience conditions more like the early 1800s (called the Dalton Minimum) in the next few decades. That was a time of cold and snow. It was the time of Charles Dickens and his novels with snow and cold in London.”

In his presentation called The Sun Dictates the Climate, he indicated that there would be an ice age kind of temperatures in the middle of the 21st century. He showed a graph called The forecast of the natural climate change for the nearest 100 years and it showed the globa temperatures dropping by more than 1°C by 2055. According to him, a new ice age could start by 2014.”

We could have an ice age any time, says Swedish climate expert.”

and read: We could have an ice age any time, says Swedish climate expert

24. Dr. George Kukla, a member of the Czechoslovakian Academy of Sciences and a pioneer in the field of astronomical forcing, Read Ice Age Now:

In the 1970s, leading scientists claimed that the world was threatened by an era of global cooling.

Based on what we’ve learned this decade, says George Kukla, those scientists – and he was among them — had it right. The world is about to enter another Ice Age.”

Sometime around now, scientists say, the Earth should be changing from a long interglacial period that has lasted the past 10,000 years and shifting back towards conditions that will ultimately lead to another ice age.”

‘Cold and snowy winters will be the rule rather than the exception,’ said James Overland of the US National Oceanic and Atmospheric Administration.”

27. Dr. Theodore Landscheidt. Predicted in 2003 that the current cooling would continue until 2030 [Read here]:

Analysis of the sun’s varying activity in the last two millennia indicates that contrary to the IPCC’s speculation about man-made global warming as high as 5.8°C within the next hundred years, a long period of cool climate with its coldest phase around 2030 is to be expected.”

We seem to be in the same climate cycle that we were back in 1964-1976.The last two winters [2008, 2009] have been very similar to those we had back then with all the extra snow and cold temperatures. Once the extra warming effect of the current 2009/2010 El Nino is finished, watch for colder temperatures to return due to the impact of the negative PDO, AMO, AO, NAO, ENSO/La Nina, major volcanic ash and changing solar cycles.”

‘The expected cold for the next month will bring this down significantly by year end. ‘The year 2010 will be the coldest for ten years in Germany,’ said Thomas Globig from the weather service Meteo Media talking to wetter.info. And it might even get worse: ‘It is quite possible that we are at the beginning of a Little Ice Age,’ the meteorologist said. Even the Arctic ice could spread further to the south.”

Predicting in November that winter in Europe would be “exceptionally cold and snowy, like Hell frozen over at times,” Corbyn suggested we should sooner prepare for another Ice Age than worry about global warming. Corbyn believed global warming “is complete nonsense, it’s fiction, it comes from a cult ideology. There’s no science in there, no facts to back [it] up.”

It is even very probable that we will not only experience a very cold winter, but also in the coming 10 years every second winter will be too cold. Only 2 of 10 will be mild.