Winter To Make An Early Return To The Arctic, Forecast Shows

Share this…FacebookTwitterThe calendar says it’s summertime in the Arctic. But looking at the latest weather forecast, you’d never know it. In fact it looks more like September. Here’s what the temperature forecasting chart shows today: The above chart based on the NCEP shows frosty days up ahead for the Arctic. Source: http://wxmaps.org Ellesmere island, the 12th […]

Share this…FacebookTwitterThe German government recently attempted to permanently stomp out open debate on the issue of climate science by issuing a 120-page publication declaring the science settled and climate science skeptics as bums not worth listening to. This kind of ugly attitude has been seen before – and with tragic results: May, 1970, Kent State […]

Share this…FacebookTwitterYesterday I posted on a new study from Nicola Scafetta, which found indications that the sun plays a far greater role in climate change and that CO2 climate sensitivity is pegged too high. A number of large studies have come out over the last couple of years and months showing the same. No wonder […]

Share this…FacebookTwitterWhat is now happening with Arctic sea ice? By Dr. Sebastian Lüning and Prof. Fritz Vahrenholt (Translated/edited with permission by P Gosselin) Summer is now in full swing and the Arctic sea ice that formed over the wintertime is now steadily melting. Typically the minimum in sea ice extent is reached in mid September. […]

Share this…FacebookTwitterThings are worse than we thought when it comes to renewable energy in Europe. Online Forbes has an article titled: Requiem For Spanish Wind? The pain in Spain cannot be sustained. That’s the conclusion of the Spanish government, which is slashing its subsidies for wind power and other renewable energy as part of a […] 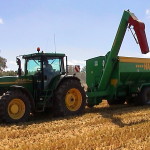 Share this…FacebookTwitterRemember Paul Ehrlich’s prophesy of doom and gloom back in 1970 when he predicted rising global population (then 4 billion) would lead to mass global starvation already by the 1980s. Today more than 40 years later the planet has a population of over 7 billion and experts are warning of another global menace: obesity. […] 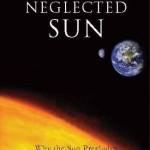 Share this…FacebookTwitterAnthony Watts’s site has already announced that Fritz Vahrenholt’s and Sebastian Lüning’s bestselling German book “Die kalte Sonne” can now be pre-ordered in English under the title:  “The Neglected Sun“. The Neglected Sun” is now available for pre-ordering at Amazon (US). Check the Amazon site for your country on how to order. You should also […]

Share this…FacebookTwitterDie kalte Sonne website presents an article on a potential approaching solar grand minimum. The Sun in June 2013 – on the way to a grand minimum? New study on the possible consequences by Frank Bosse Solar activity has also been very modest this month. One has been able to observe only 48% of […] 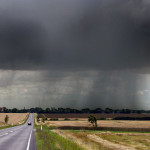 Share this…FacebookTwitterA week ago meteorologist Dr. Karsten Brandt published an analysis of precipitation in Central Europe, particularly Germany. His article was titled: “More heavy rains?” In it Brandt asks: “How frequent are such events and are they increasing?” Rain near the village of Lunde, north of Funen, Denmark. Photo by: Malene Thyssen, http://commons.wikimedia.org/wiki/User:Malene, GNU Free Documentation […]

Share this…FacebookTwitterThe EU in partnership with the WWF has just released a strategy report dubbed: ADOPTING HEALTHY, SUSTAINABLE DIETS: KEY OPPORTUNITIES AND BARRIERS, which is part of LiveWell for LIFE, “a pioneering project which aims to contribute towards the reduction of greenhouse gas emissions from the EU food supply chain, and demonstrate what sustainable diets […]