A week ago meteorologist Dr. Karsten Brandt published an analysis of precipitation in Central Europe, particularly Germany. His article was titled: “More heavy rains?” In it Brandt asks: “How frequent are such events and are they increasing?” 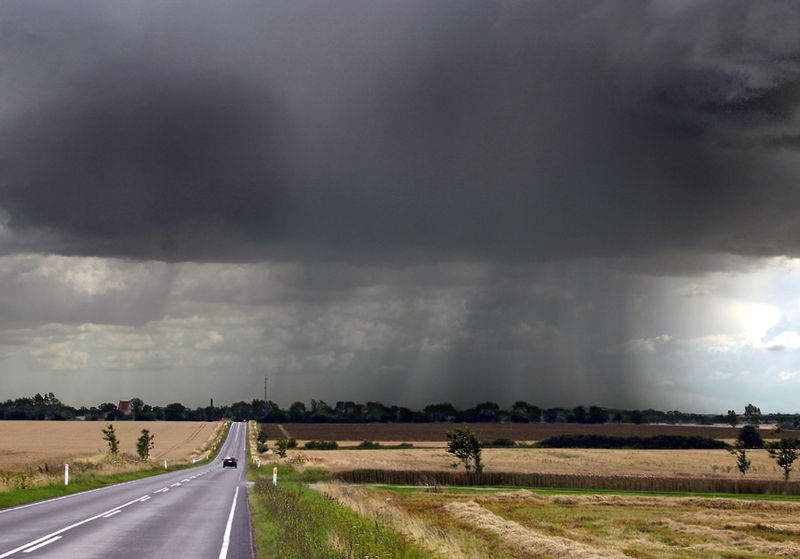 In his article Brandt analyzes data to see if weather extremes, especially in the form of heavy rainfall episodes (30+ litres per sq m in 24 hours), are more frequent than they were 30 years ago.

30l/sq m or more fell an average of less than 2 days per year.

Analyzing the data, Brandt found that:

The total rain amount increased over the 30-year period just few percentage points. Since the mid 1980s average daily precipitation went up from an average of 2 l/m² per day to 2.2 l/m² for the last 6 years.”

That’s a 10% increase, which is well within the range of natural variability. Brandt adds:

The frequency distribution for precipitation has not changed much when one looks at data from the 1980s and 1990s.

Since the 1980s in Bonn, 2 days a year can be expected to see a rain amount of 30 l/m² or more. A significant increase in heavy rain events since the mid 1980s cannot be found. The state environmental office of North Rhine Westphalia reached a similar result in a study of numerous weather stations in North Rhine Westphalia from the 1950s until today.”

Brandt then goes on to explain that the biggest problem is the growing asphalt and concrete surfacing, which he says grew 1% per year between 1997 and 2007. This is the primary factor in river flooding.

This small study indicates that heavy rain events have not increased significantly as many people may have assumed. In our cities however, we have to expect rainfalls exceeding 30 l/sq m or more in 24 hours to occur 2 times per year.
The water management of the city has to be able to deal with this amount of water over the long term, so that repeated damage can be avoided.”

Globally, no trend in precipitation over past century!

Okay, this is for Central Europe only. What about the globe as a whole? Surprisingly even Wikipedia writes the following when it comes to global precipitation:

Globally there has been no statistically significant overall trend in precipitation over the past century, although trends have varied widely by region and over time.”