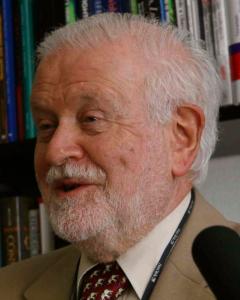 One of the differences I’ve noticed between the USA and Germany is how birthdays are regarded and celebrated, especially the “round ones” ending with a zero, mostly beginning at age 40 (I’ve had a couple myself). They really are a big deal out here and big parties are always in order. The “round ones” are sort of seen as real lifetime milestones.

Today one of the giants of climate science rationality and realism is celebrating his 90th birthday: S. Fred Singer.

Without his leadership and wisdom, the global warming skepticism we see today no doubt would have been very different. It certainly would have been nowhere near as strong and nor feared by alarmists as it is today. We owe him a huge thanks for that.

It would take days or even weeks to write about all his accomplishments. To get an idea you can click here here or here. In 1990 he founded the Science & Environmental Policy Project.

He has authored or co-authored books on global warming, one of which was key in forming my own positions on the subject: Unstoppable Global Warming Every 1500 Years. German Geologist Sebastian Lüning even credited Dr. Singer for playing a an important role in shaping his positions. It goes without saying that the same can be said for thousands of others.

So NoTricksZone wishes Dr. Singer a wonderful and happy 90th birthday, and I’m sure readers, friend and foe alike, will also join me in wishing him many more years participating and playing an instrumental role in the exciting climate science discussion.

So, heart-felt congratulations to one of my heroes!