First the good news (and then the bad news below)

This year’s hurricane season has been unusually quiet. The USA has gotten off easy so far in terms of landfalls and damage, thus once again contradicting all the doomsday scenarios from the climate alarmists.

Mid September is usually the peak of hurricane activity. But right now it’s quiet and there are no threats to the US mainland – for the time being. Here’s the latest update from the National Hurricane Center (NHC): 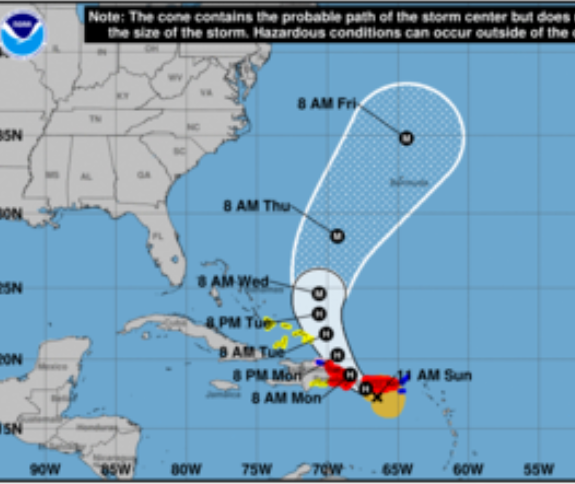 Another one goes out to sea. Image cropped from the NHC.

Currently only hurricane Fiona is active in the Atlantic, and it is projected to go out to sea hundreds of miles away from the east coast and fizzle out. It’s been a quiet season.

According to Eric Berger at arstechnica.com here:

Everyone from the US agency devoted to studying weather, oceans, and the atmosphere—the National Ocean and Atmospheric Administration—to the most highly regarded hurricane professionals predicted a season with above-normal to well above-normal activity.

For example, NOAA’s outlook for the 2022 Atlantic hurricane season, which runs from June 1 to November 30, predicted a 65 percent chance of an above-normal season…”

Even with today’s super powerful computers and sophisticated models, accurate seasonal predictions are still proving elusive. This should tell us that climate models looking decades into future remain nothing but high-tech, wild-ass guesses.

Arstechnica.com here sums up the state of seasonal hurricane forecasting:

Seasonal forecasting is still a developing science. While it is typically more right than wrong, predicting specific weather patterns such as hurricanes months in advance is far from an established science.”

Now the bad news: 2022 hurricane season “not over by a long shot”

Concerning the remainder of the 2022 season, veteran meteorologist Joes Bastardi says at yesterday’s Saturday Summary video that there are signs out there things are going to start cooking over the next 15 days: “It’s a late starting season. It’s not over by a long shot.”

On another subject, some forecasters have been projecting a milder than normal winter for Europe, which would be welcome with a red carpet due to the continent’s acute energy crisis.

However, Joe notes there are signs this may not be the case. That would mean the coming winter could become – in the current dire energy situation – the Mother of Nightmares: a bitter cold winter with energy outages. In the event of blackouts, which many experts warn have a high chance of occurring, Europe would then be facing a humanitarian and economic crisis on a scale not seen in a very long time.

“Look at what the surface maps are showing,” Bastardi says. “When you have high pressure over Greenland and Iceland, and low pressure over Spain like that, folks, that is an ugly looking situation for the winter. That is similar to 2010/11.”

Normally a hard winter would be no problem for Europe in normal times, but times are far from normal nowadays as ideological Green New Deal politicians have done a great job at wrecking the continent’s energy supply system and so leaving tens of millions of people extremely vulnerable.

Europeans need to start preparing for an autumn and/or winter blackout. Note that a blackout means not only the power goes out, but so do the heat, lights, communication, Internet and potentially the water supply along with it – for days! Don’t wait and pretend it can’t happen. Hope for the best, but prepare for the worst.