Germany’s version of the EPA, the Umweltbundesamt (UBA) and its hapless director Jochen Flasbarth have come under intense fire from much of the major German media for having published a pamphlet (background here) defaming and black-listing US and German climate skeptic scientists and journalists.

The number of articles harshly criticising the German UBA’s heavy-handed tactics is mounting and there appears to be no let-up in sight. 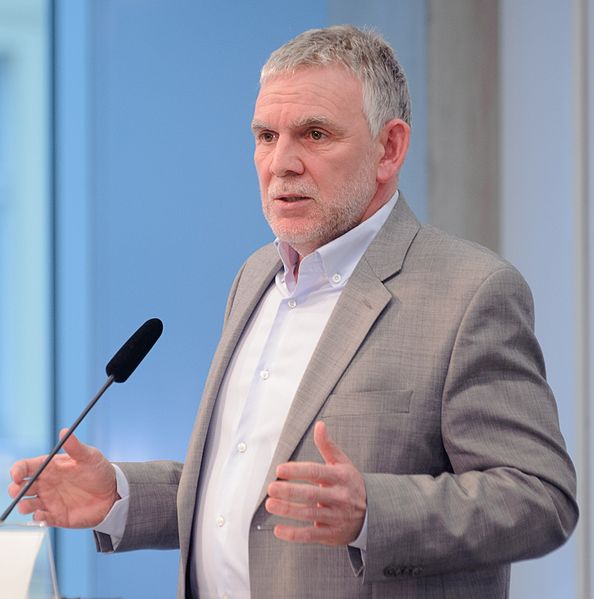 What the heck was the German Federal Office Of Environment (UBA) thinking when it decided to publish a 118-page report on the climate debate? The propaganda brochure is called: ‘And indeed the warming continues – What’s behind the climate change debate?’. It is causing a number of journalists to blow their tops with outrage.

[…] Indeed for the UBA it is obviously not about presenting facts simply and clearly. ‘And indeed the warming continues’ pamphlet is a declaration of war on so-called climate skeptics.

The UBA doesn’t stop at defaming the ‘non-climate scientist skeptics’ in general terms. No, it names the persons – putting Fritz Vahrenholt, Sebastian Lüning, Dirk Maxeiner, Michael Miersch, Günter Ederer and the ‘European Institute for Climate and Energy’ (EIKE) on a black list. That is ‘official state defamation,’ heute.de writes.

[…] Specifying what the binding state of the science is, is not the job of a governing authority,’ legal expert Thorsten Koch correctly opines in ‘Die Welt’.

Now the debate is off and running: The gentlemen who were criticized by the state are now responding. Vahrenholt is defending himself in an open letter. Maxeiner and Miersch are firing back.

Thus precisely the opposite of what the UBA wanted is now happening: The ‘climate skeptics’ are now in the spotlight. The state’s shot at the skeptics has backfied.”

Yesterday Spiegel published satirical commentary authored by Jan Fleischhauer saying that basically the state has officially declared skeptics as misfits and that everyone should stop listening to them. The UBA defamatory pamphlet singles out veteran journalists Dirk Maxeiner and Michael Miersch for “not being in line with the latest state of knowledge of climate science“. Fleischhauer writes:

If this were about anything less important than global climate, one could take the UBA’s intervention as a badge of honor: There are not many journalists in Germany whose works are so shattering that they would be put on a black list. I know people who would kill to get that kind of recognition.”

The UBA’s pamphlet is indeed a major backfire in the face of the UBA. Flasbarth should resign and a new successor should announce a more tolerant, impartial and open stance in the climate debate.