If President-elect Donald Trump is looking for places to cut costs, he might want to take a look at the National Weather Service’s seasonal forecasting unit.

Yesterday at the Daily Update over at Weatherbell Analytics, veteran meteorologist Joe Bastardi looked at the season forecasts, generated by billion dollar super-computers,  recently put out by NCEP. Turns out they were totally wrong. You have to pity the poor persons who placed their bets on them.

The first example is the forecast for North America made by NCEP in November for December: 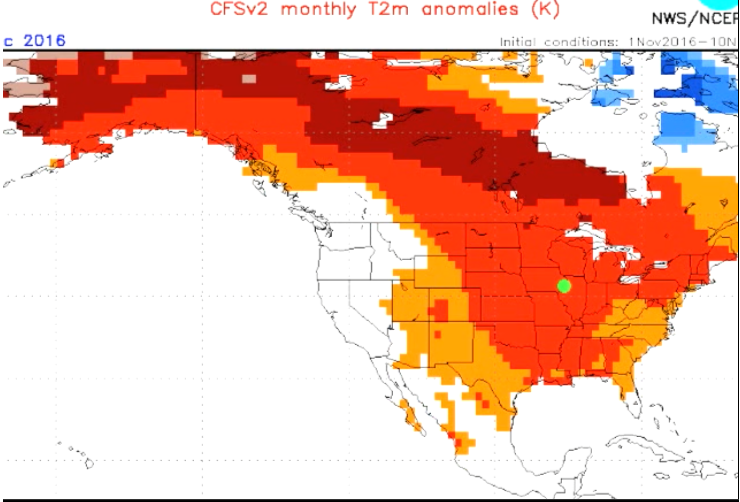 Here we see a warm December was forecast for North America. And you’d think with those billion-dollar super computers and all the years of experience the NWS has accumulated over the past 100+ years, they’d be able to land a general forecast (going out only a few weeks) somewhere in the ballpark, right?

Amazingly, they missed the ball park by light years. In fact the very opposite has taken place, at least where people live: 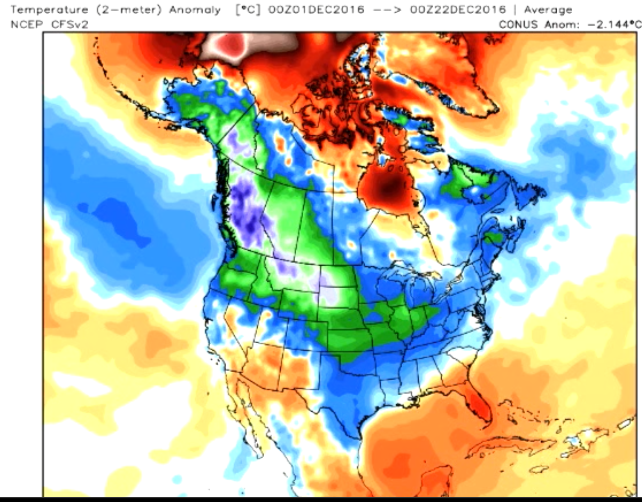 You have many industries and institutions who rely on these forecasts in order to get a rough idea of what to expect and thus plan accordingly. Today they have got to be wondering about what has happened. Joe wonders if the NWS models are capable of predicting any cold weather at all. There seems to be an obsession with warmth.

Maybe cold no longer exists in the warming fantasy world of government weather forecasting –who knows.

Joe points out that he same busted result happened for the November 2014 forecast made in October 2014.

The NWS end-of-year forecast for Asia was even worse. Here’s what the NWS projected for the final 3 months of 2016: 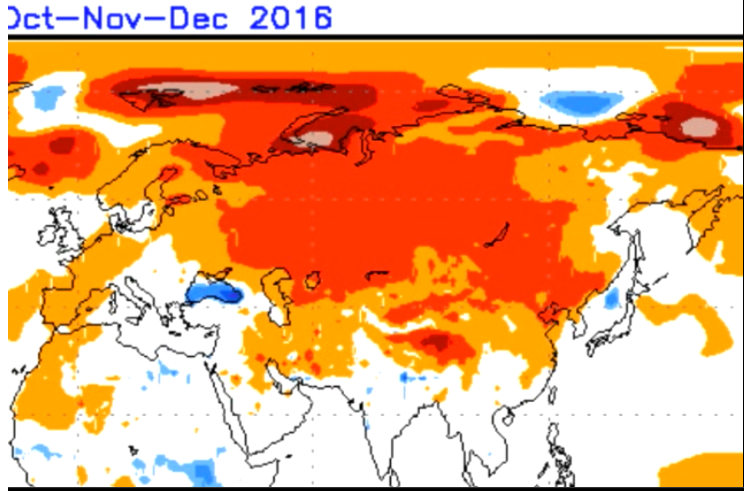 Clearly they forecast a rather mild late year for the entire Asian continent.

Now here is what has happened so far: 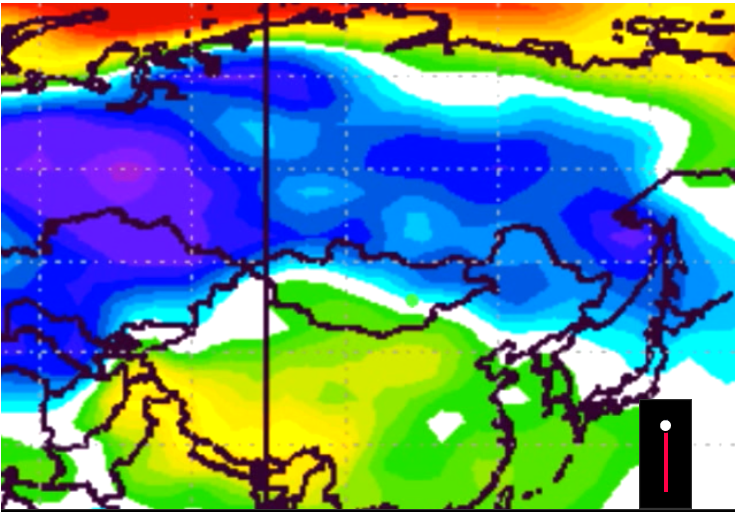 It was completely wrong!

According to Joe, instead of being on the mild side, huge parts of Asia have seen to coldest Oct-Dec period in 50 years! He comments:

I’ve never seen anything like this, as bad as this in computer modeling.”

We would expect that the Russians are not too impressed with the NWS, and are for sure using their own methods, by now.

Joe seems to think that the NWS is relying too much on “computer model mathematics” and nowhere near enough on using analogues. Joe’s theory is that if you had very similar weather patterns in the past, then you can use them to help predict today’s weather patterns. I’ve been following Joe for a number of years, and it seems to work quite well for Weatherbell. Of course he’s gotten some wrong, but more often he’s been almost dead on.

Bastardi concludes that his method of using analogue years “has beaten the pants off the big high-powered mathematical models. And we didn’t need billions of dollars to develop this, either“.

Joe comments on the model’s failing to see the cold:

Here’s what I want to ask you: If you can’t see this, how the heck is it supposed to know down the road 20, 30, 40 years if cooling is going to take place? It goes with what is going on now.”

Enjoy the weather. It’s the only (correctly forecast) weather we got!”