At his Weatherbell Daily Update (12/26) veteran meteorologist Joe Bastardi issued an Arctic weather heads up for Europe after the New Year:

Look at this in the 11 to 16. This is indicating that the models think there’s going to be a lot of snow on the ground in the UK and all through western Europe.”

The spring-like weather of the past week or so is about to end, as the following chart shows: 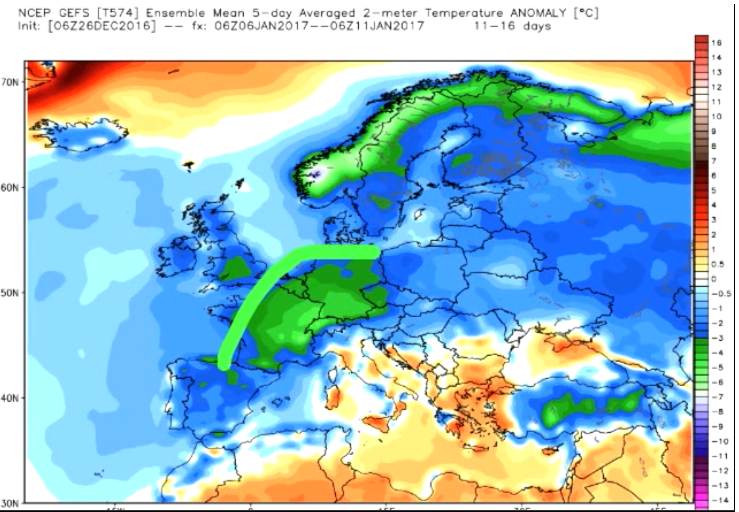 As the chart shows, cold is projected to grip Central Europe 11 to 16 days out. Cropped from Weatherbell

Others have also issued a heads up. For example German meteorologist Dominik Jung warns of the “Siberian whip” being poised to seriously lash Europe. The forecast is still some 10 days out, and so there’s still a possibility it’ll change. But the overall pattern appears to be in the works, the meteorologists say. 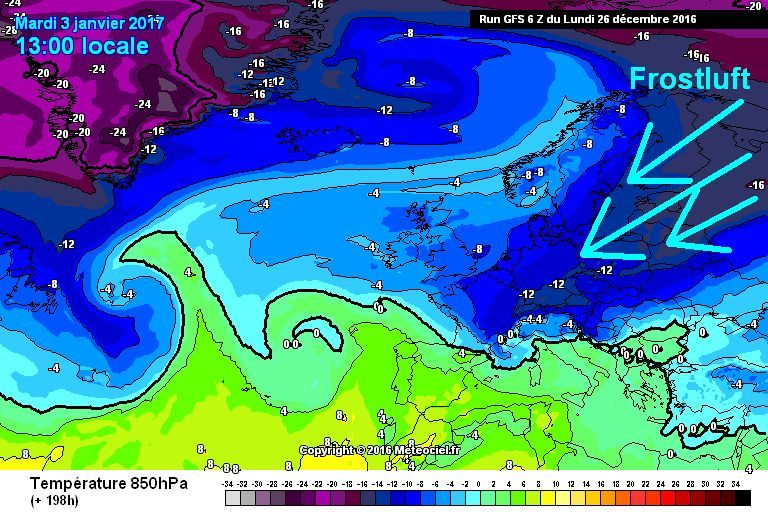 As the chart above shows, very cold air flows in to us here in Germany from high up. That would put us somewhat below freezing also in the daytime in many regions.
This scenario has been popping up in the weather model calculations for a few days, and so we should take it very seriously.”

And with Europe’s power supply system as rickety and unstable as it is, thanks to crappy, wildly fluctuating wind and sun, it may be a wise idea for Europeans to have emergency sources of heat or electricity ready just in case the long anticipated blackout does occur – and is more likely during a period of protracted cold. I’ve been contemplating buying a small generator in order to power our natural gas furnace so that the house will at least have heat and warm water. The gas furnace needs electricity to operate.

Snowfall, long-term cold, and the resulting high power demands could challenge the power grid. Though the chances of a widespread blackout are small, it can no longer be ignored. Even the German government recently warned of the possibility. The DEUTSCHE WIRTSCHAFTS NACHRICHTEN here wrote earlier this year:

Also the President of the Federal Office of Citizens Protection, Christoph Unger, said: ‘The long-lasting, widespread power outage is for us the central challenge that we face.'”

But there’s no need for Germans or Europeans to panic. There will always be warm places to take refuge. Yet it is unusual that we now need to prepare for the first green energy refugees – right here in “modern” Europe!

Not only Europe needs to brace for the coming cold, Bastardi also warns that Arctic air will push across North America and that there’s a real possibility of the weather turning “wickedly cold” over far east Asia. Winter has only just begun.