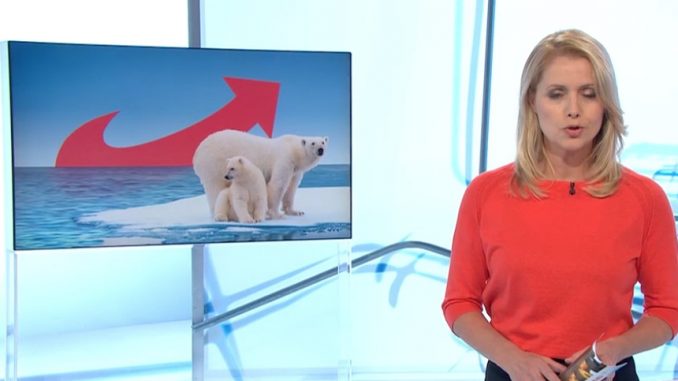 And because the right wing newcomers, the AfD (Alternative for Germany, in the German Parliament have made climate skepticism part of their platform, rbb seized the opportunity (and almost every dirty propaganda trick in the book) to cast the AfD and climate skeptics in a very deplorable light. Details in German here at EIKE.

Firstly, I’ll never understand why leading skeptics like EIKE in Germany would agree to let themselves be interviewed by the highly biased German media, knowing full well it’s going to be a pile-on, totally void of balance. Moreover, there are a lot of things EIKE could do a lot better. Personally I haven’t been too impressed with the site and the institute. But that’s another story.

Of course in the rbb smear, the skeptics’ cause did not get any help from AfD climate spokesman Rainer Kraft who stupidly told rbb that there was “no such thing as the greenhouse effect”. That and other things made rbb’s putting together of the smear report a piece of cake. The whole thing was designed from the get-go to be a drive-by media hit.

Kraft should never be allowed to comment on climate science again as he is clearly ill-informed and ended up looking like a crackpot saying such a ridiculous statement.

Unsurprisingly, the “renowned” Stefan Rahmstorf and Harald Lesch were given the microphone to portray the skeptics as deniers, paid shills of ExxonMobil and other horrible things. Here Willie Soon was singled out.

rbb then described the skeptics as being mostly comprised of “disgruntled pensioners working out of their homes” and who agree with the likes of Donald Trump.

RBB carefully crafted and edited the segment to make it look like it was an issue pitting renowned experts who should not be questioned on one side, and crackpots on the other. They threw fairness and balance out the window. EIKE should have foreseen this from the get-go.

According to EIKE, one experienced cameraman commented on the reporting techniques used by RBB:

Because I saw the entire rbb report, I noticed many other things. The reporters did act as ‘reporters’ who politely asked questions and recorded them. Instead they were for the most part snotty-arrogant and condescending, like a chief interrogator with a criminal suspect.

Here all camera tricks were employed (unnoticed by the audience) to make Lesch and Rahmstorf appear positive and nice, surrounded by books in a well lit and friendly room. In total contrast, the man from the Berliner Kreis-CDU [Lengsfeld] appeared in full close-up via tele-perspective in a red toned face, a sort of ‘interrogation perspective’ with which the audience (unknowingly) associates with guilt. Anyone who has years of camera experience recognizes such fine points.

In short, everyone at rbb used every trick, also the most nasty ones!”

In other words, rbb violated its fundamental obligation of the German public television charter.