Data from the University of Rutgers show that northern hemisphere snow cover in the fall and winter have trended upwards since data recording began in 1967. 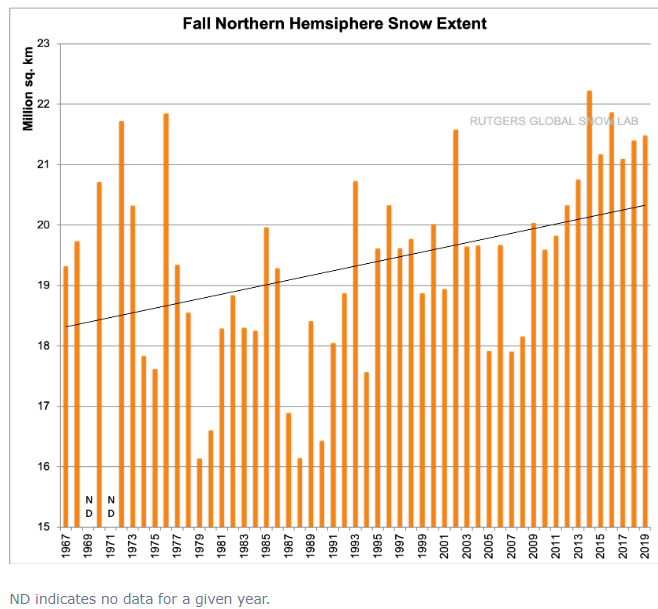 Next we see the chart for wintertime northern hemisphere snow cover. Though the trend is not as pronounced as it is in the fall, the trend has been modestly upward. 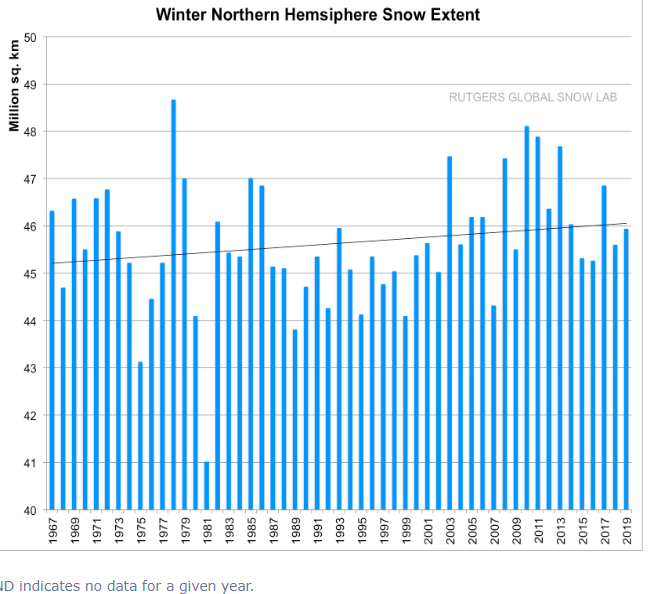 Finally we look at the latest Arctic ice volume data from PIOMASS: 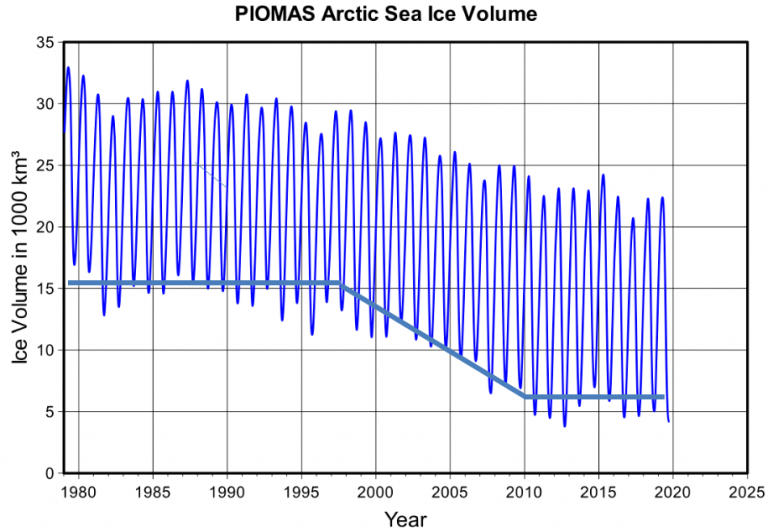 As we can observe, Arctic ice mass has in fact stabilized over the recent decade after having shrunk during the previous 2001-2010 decade. 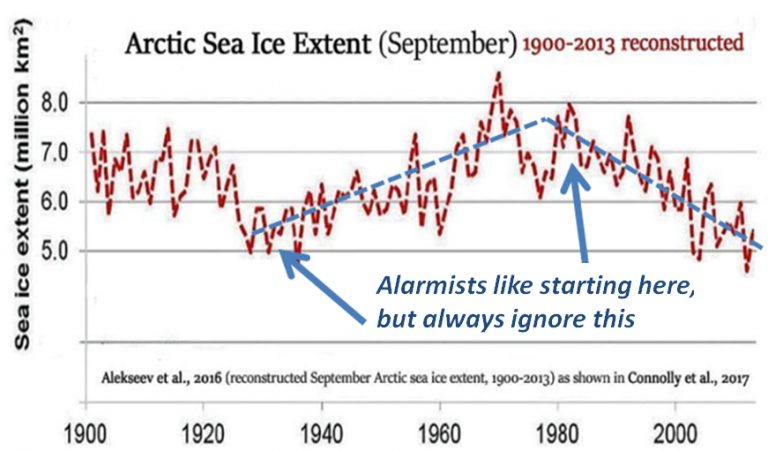 In summary, nothing to worry about up in the Arctic.