Why do the north and south polar regions seem to be opposites? Why is ice increasing around Antarctica, and decreasing in the Arctic Ocean?

The answer lies in the other ways that these two regions are opposites. At the South Pole lies a continent. The ice cap there lies over land, is up to two miles thick over rugged terrain, and can move (flow) only very, very, slowly, largely due to gravity. Only the sea ice can move rapidly, and that movement is at the whim of the wind.

At the North Pole, there is an ocean. There is (except for Greenland and the Canadian Archipelago) only sea ice, again moving at the whim of the wind. The difference is the large chunk of continental ice at the South Pole is surrounded by ocean, instead of (at the North Pole) a large ocean surrounded by land.

In order to visualize conditions, here is a diagram of the earth’s winds. 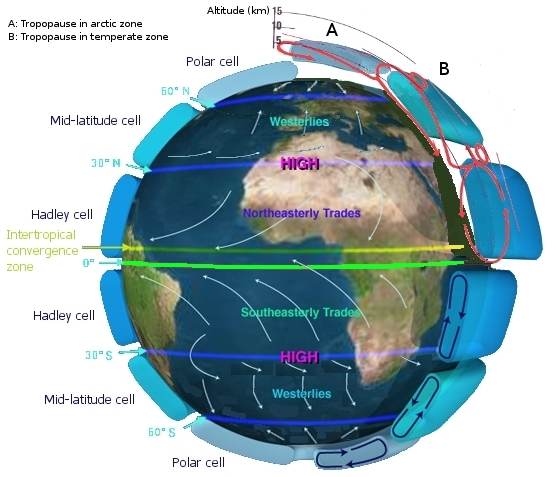 Figure 1 is a diagram of the winds and atmospheric cells over the earth. Source: NASA.

In general, there is rising air over the tropics, leading to low pressure, thunderstorms, and warm dry air moving north in the stratosphere to fall as high pressure at the “Horse Latitudes” over the northern and southern hemisphere deserts. This air then flows towards the equator and is turned toward the west by carioles force from the earth’s rotation, resulting in the trade winds. Tropical thunderstorms act as heat pumps, converting rising, warm, moist air into cool, dry air, allowing the heat to radiate to space at the top of the stratosphere, and the moisture to fall as rain. If there is more heat, there are more thunderstorms to get rid of it, and more moving air.

The falling air at the Horse Latitudes exchanges energy with the Mid-latitude cells, resulting in the mid-latitude westerlies, then, in turn, energy is traded to the Polar cells. This results in low pressure at the 60° north and south latitudes and high pressure at the poles. At the surface in each set of cells, heat is picked up from the surface and moved to the top of the atmosphere. At the top of the atmosphere in each set of cells, more heat is radiated to space. In the south, the mid-latitude cells are mostly over cold water and don’t pick up much heat. In the north, the mid-latitudes cells are more over land and pick up more heat. In the south, the Polar cell is over the high icecap, nearly in the stratosphere, and the polar high has very cold, dense, dry, air. In the north, the Polar cell is over ocean, the surface is at sea level, and the winds are still exchanging heat with the surface.

The result is, that as heat in the tropics increases, even slightly, the upper levels in these cells radiate more heat to space, the highs increase where colder air is falling, and the lows get lower where air is rising. At the South Pole, this results in lower temperatures and stronger winds at the surface. At the North Pole, because the ice is floating on Arctic Ocean, the winds tend to break up the ice, and more open water moderates the temperature. The higher the winds, the more the ice is broken up. The smaller ice area in the summer of 2012 was because a cyclone did an exceptional job breaking up the ice.

At the Antarctic coast, the increased wind and lower temperatures create more ice. The very cold winds blowing down hill off the continent blow the ice away from shore, creating polynyas. As the air is very cold, the open water immediately freezes, and the resulting slush (brash ice) is in turn blown into the downwind sea ice. As long as the wind is blowing, this is a continuous process. These polynyas are visible from space. 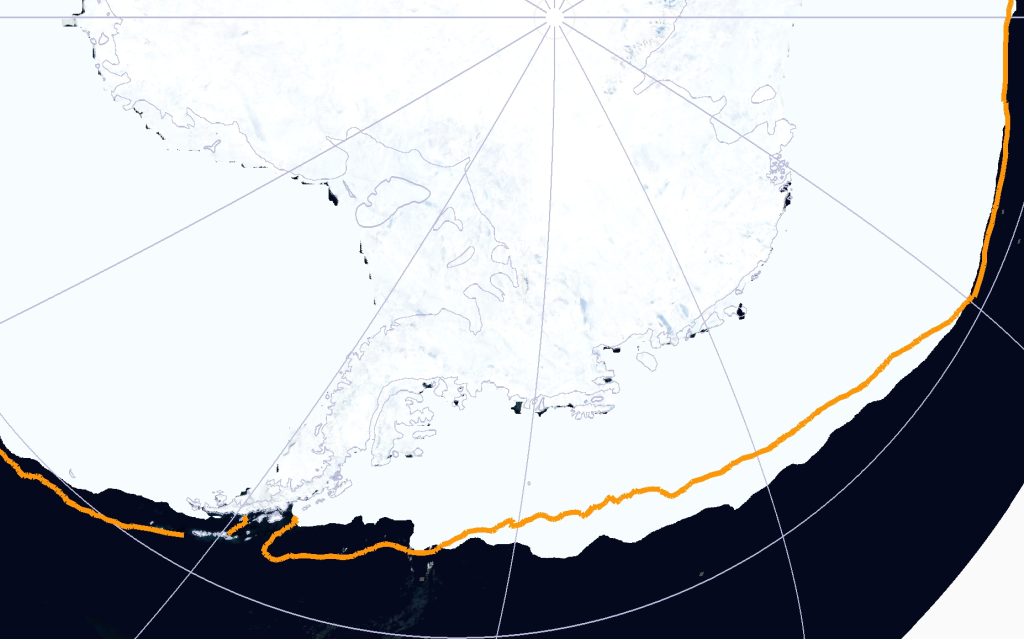 Figure 2 is a satellite view of the Antarctic coast and the mid-winter sea ice. The dark spots at the coast are wind-caused polynyas, open water where new sea ice is formed. 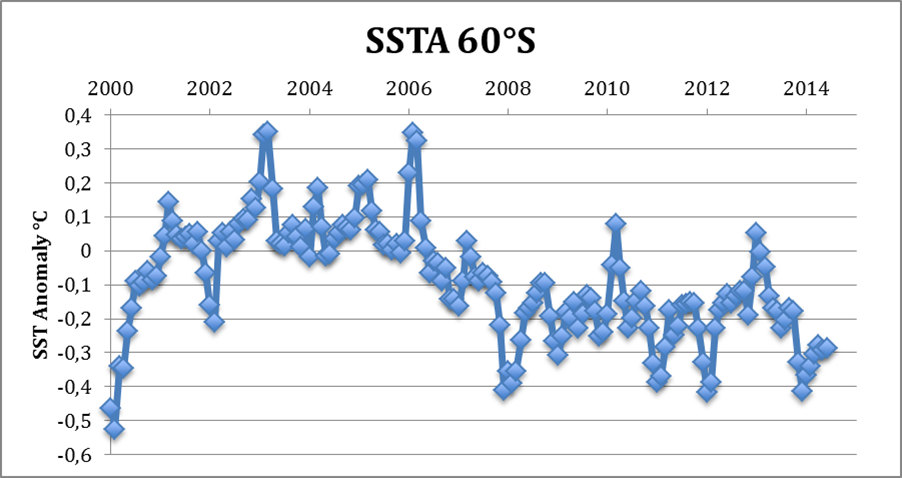 If you look at absolute temperature, it is easy to see what is going on. 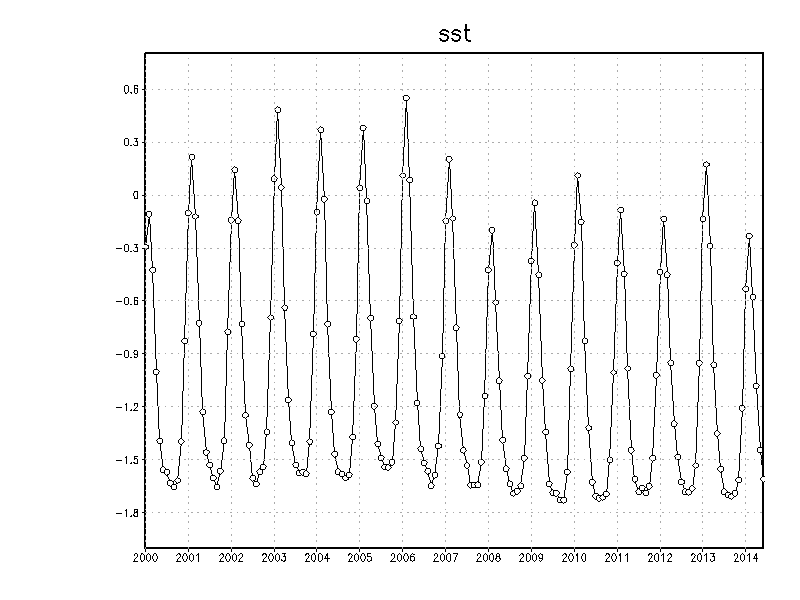 Figure 4 is the absolute sea surface temperature for the Southern Ocean south of 60°. The graph is from NOAA.

In Figure 4, note that since 2007, the Southern Ocean south of 60° South is now seldom above freezing. Saltwater freezes below -1.8°C, but ice does not melt until the sea surface is above 0°C.