Browse: Home / 2020 / August / 20 / Scientists: It’s ‘Impossible’ To Measure Critical Cloud Processes…Observations 1/50th As Accurate As They Must Be

Clouds dominate as the driver of changes in the Earth’s radiation budget and climate. A comprehensive new analysis suggests we’re so uncertain about cloud processes and how they affect climate we can’t even quantify our uncertainty.

According to scientists (Song et al., 2016), the total net forcing for Earth’s oceanic atmospheric greenhouse effect (Gaa) during 1992-2014 amounted to -0.04 W/m² per year. In other words, the trend in total longwave forcing had a net negative (cooling) influence during those 22 years despite a 42 ppm increase in CO2. This was primarily due to the downward trend in cloud cover that overwhelmed or “offset” the longwave influence from CO2. 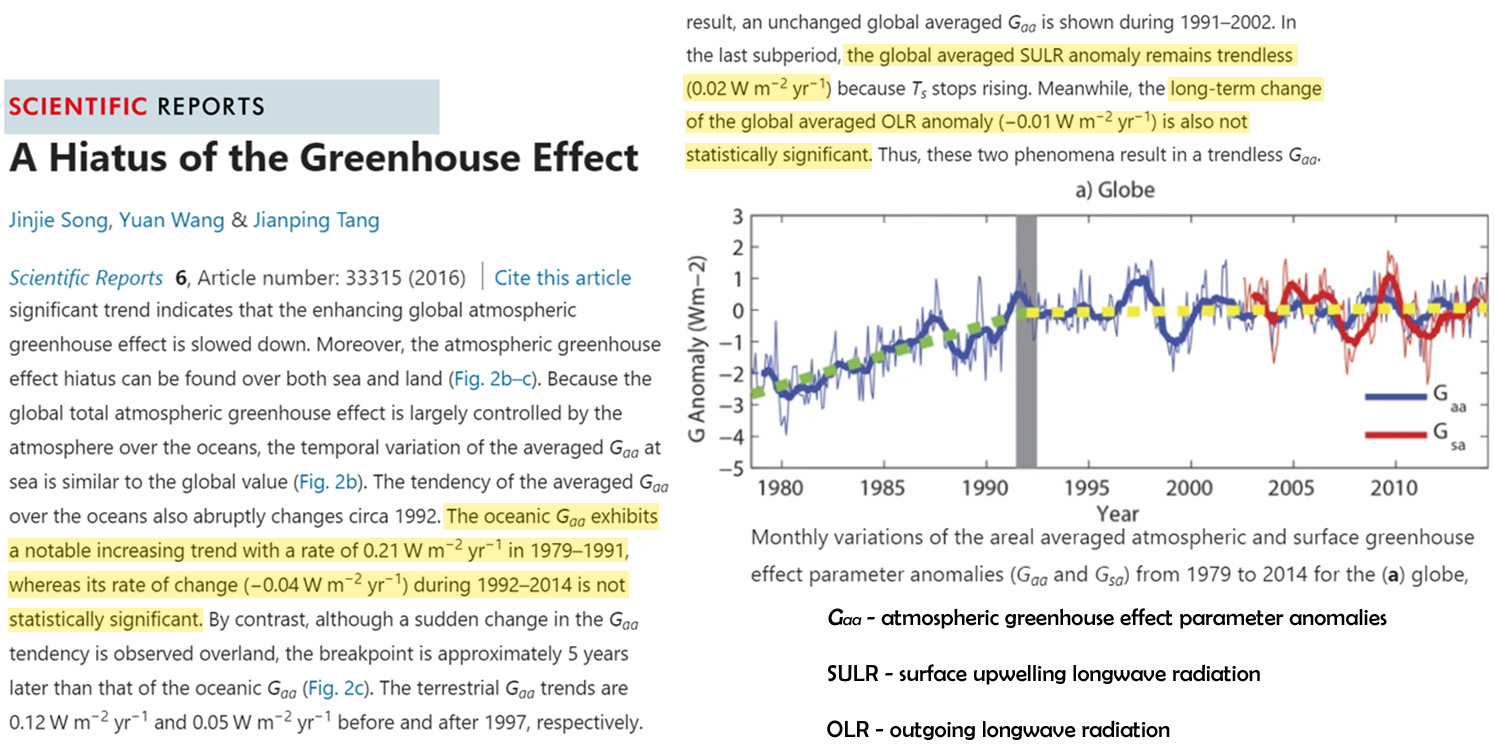 Cloud impacts on climate are profound – but so are uncertainties

The influence of clouds profoundly affects Earth’s radiation budget, easily overwhelming CO2’s impact within the greeenhouse effect. This has been acknowledged by scientists for decades.

Despite the magnitude of clouds’ radiative impact on climate, scientists have also pointed out that our limited capacity to observe or measure cloud effects necessarily results in massive uncertainties. 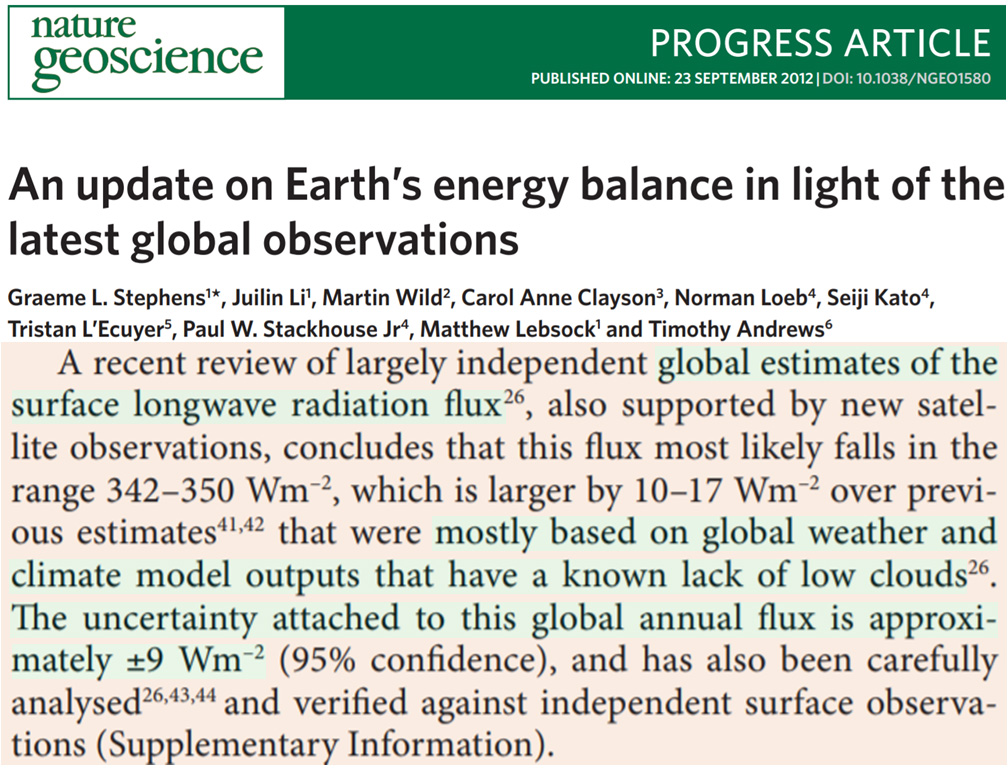 So with a total net greenhouse effect forcing impact of -0.04 W/m² per year (1992-2014) and a longwave surface flux uncertainty of about 18 W/m² per year, the possibility of scientifically affirming the anthropogenic (CO2) signal in climate forcing can effectively be ruled out.

Instead of embracing the challenge of enhancing our knowledge of critical cloud processes in the laboratory and via experiments, climate scientists are increasingly choosing to neglect cloud impacts and formulate climate models without them.

A new study (Morrison et al., 2020) suggests only 8% of 354 cloud studies in 2018 involved laboratory or experimental work in cloud microphysics.

Without real-world observations and controlled experiments, scientifically falsifying hypotheses becomes nearly impossible. Without falsification, there can be no corroboration. 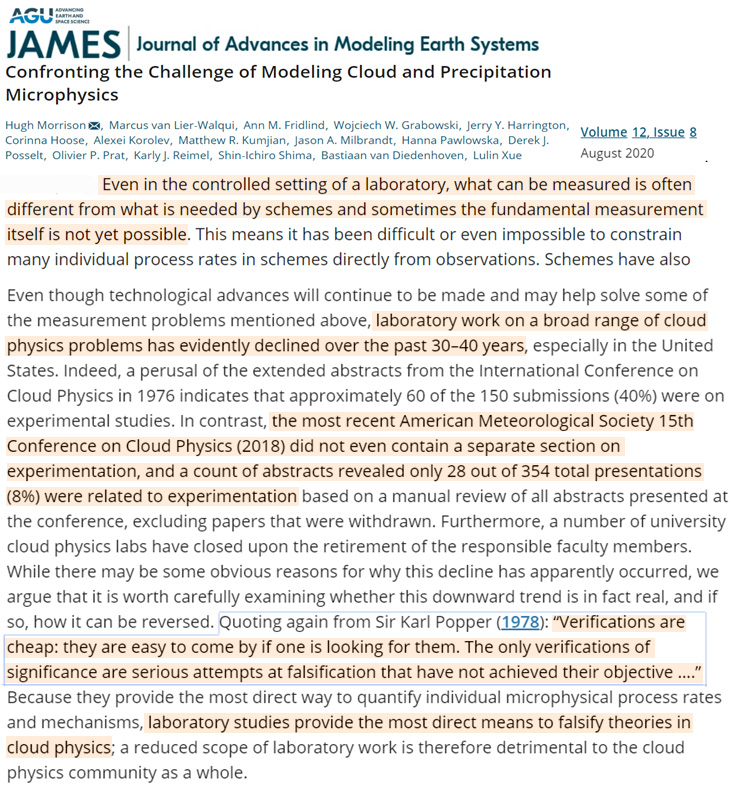 But it gets worse. Morrison et al. (2020) acknowledge cloud microphysics – processes affecting precipitation and evaporation – are a “critical part of the Earth’s weather and climate”.  But they further assess:

“[I]t is impossible to simulate every cloud particle.”

“There are critical gaps in knowledge of the microphysical processes that act on particles.”

“[K]nowledge gaps in cloud processes both introduce important uncertainties into models that translate into uncertainty in weather forecasts and climate simuations, including climate change assessments.”

“[I]t has been difficult or even impossible to constrain many individual process rates in schemes directly from observations.”

“There is currently no method to obtain airborne observations of in-cloud supersaturation with respect to liquid, which requires much more accurate methods for measuring temperature (to within 0.01°C) than possible using conventional airborne temperature sensors (typically 0.5°C).”

“[This] calls into question not only the realism of these schemes at their core but whether or not in principle they are even verifiable.”

In other words, we are seriously overestimating the extent to which we can model or even understand the factors affecting weather and climate due to critical observational constraints and knowledge gaps in cloud processes. 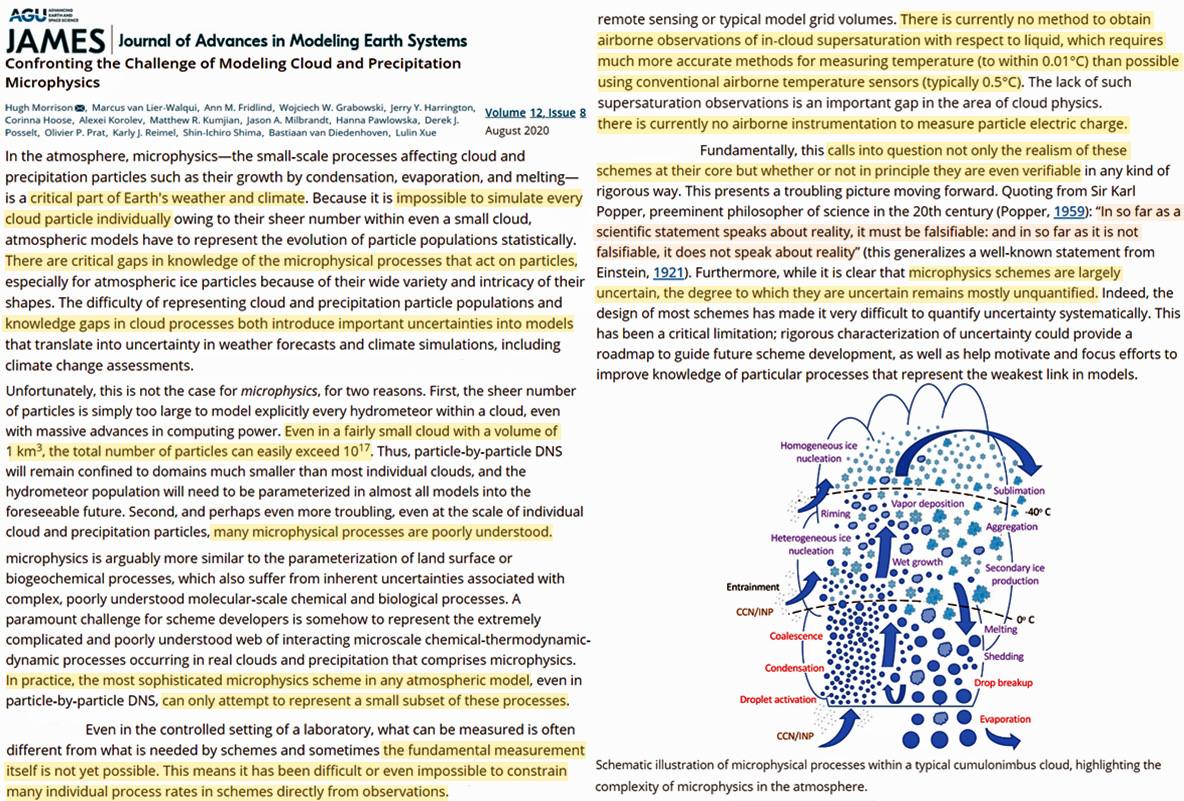 19 responses to “Scientists: It’s ‘Impossible’ To Measure Critical Cloud Processes…Observations 1/50th As Accurate As They Must Be”