Low pressure system “Jantra“ is about to bring an early preview of fall across Central Europe as it readies to sweep in cold, wet weather.

The following NOAA GFS chart shows the accumulated amount of precipitation analyses for Europe from now until September 1st in millimetres of rain: 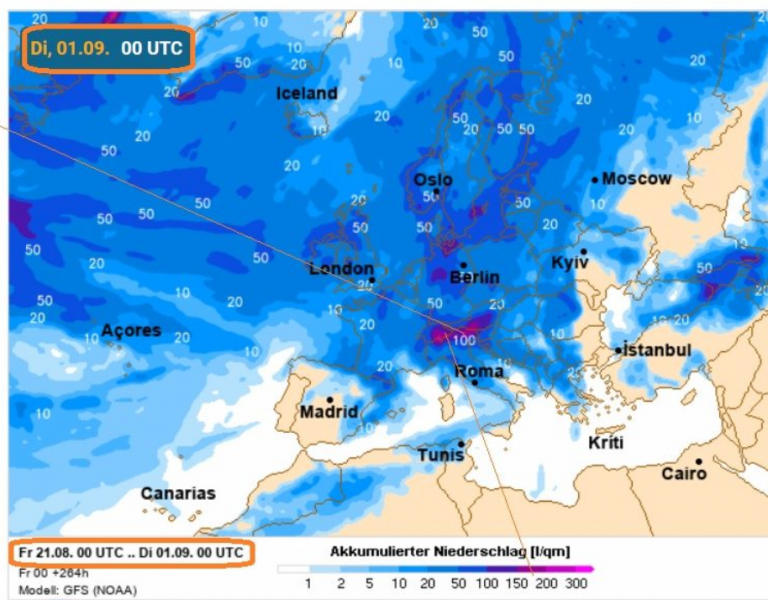 Moreover, up to 2 meters of fresh snow is in the works in the Alps at elevations over 1500 meters by August 30th, Snowfan reports: 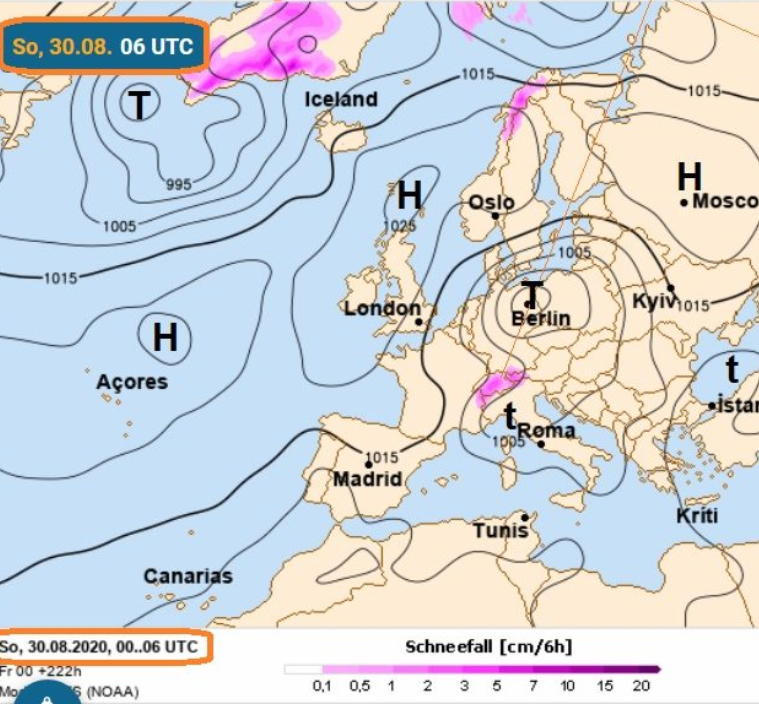 Snow is forecast for Greenland, Northern Scandinavia and the Alps in France, Switzerland, Italy, Austria and Germany. Source: DWD-Frontenprognose Europa

Strangely, back on Tuesday, August 18, Green Party leader Annalena Baerbock, trying to reignite the dead topic of a climate crisis, declared on the Lanz show, (18 min. 15 sec.): “We’re in a heat wave!“

But as the following chart of high temperatures for August 18 and 19 shows, there were no temperatures above 30°C in the forecast,. Most temperatures were forecast to remain in the mid to upper 20s°C. (Officially, a hot day in Germany is regarded as one that reaches 30°C and higher): 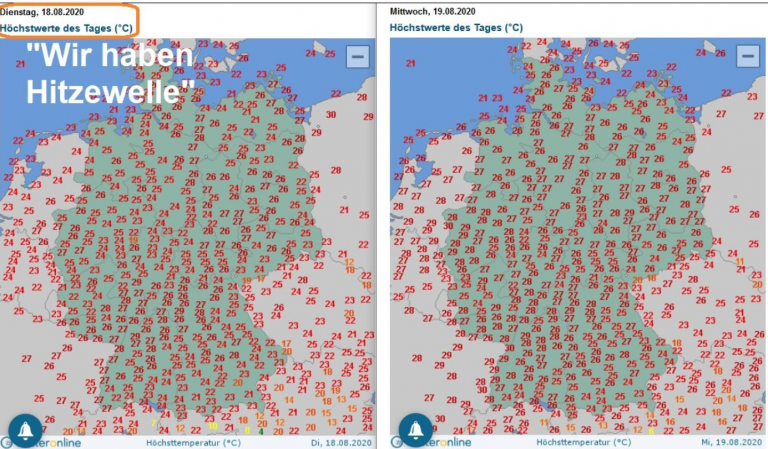 There’s been no explanation as to what’s behind Baerbock’s heat wave hallucinations.