Try This Lemon-Garlic Concoction Against Colds, Viruses And For Better Overall Health!

It’s been shown that adequate levels of Vitamin D and zinc really do make a difference against COVID 19 and cold viruses in general.

It’s also clear that good nutrition just doesn’t get the attention it deserves when it comes to success against preventing disease, especially COVID-19. 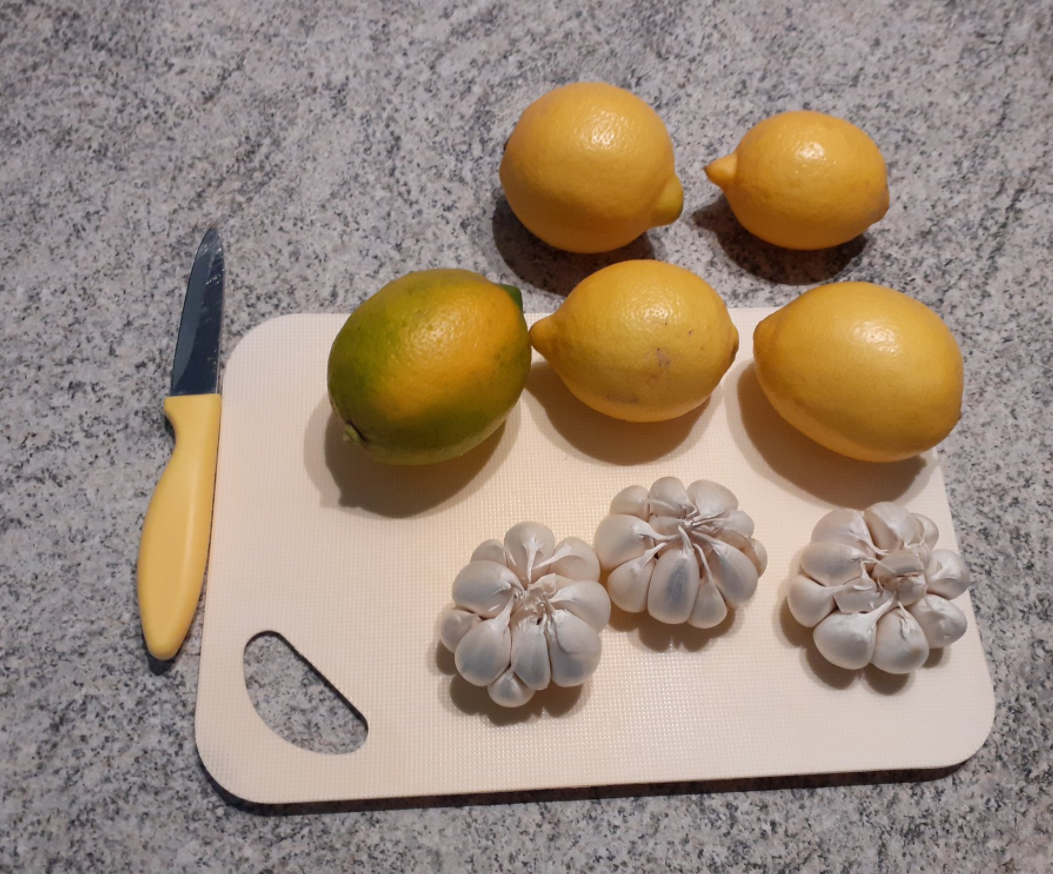 First peel 30 cloves of garlic and cut 5 organic lemons with the peel into small pieces (so the essential oil comes into the drink) and liquify in a blender. Be sure to thoroughly wash the lemons first.

Next, slowly bring the lemon-garlic slurry to a boil with a liter of water, let it boil briefly. Then allow to cool to room temperature. You can use 1.5 liters of water if you want more.

Next pour the contents into a clean jar or bottle and keep it in the refrigerator.

Drink daily a small liqueur glass about 20 ml 1 hour before or after the main meals. After 3 weeks, take a break for 1 week and then repeat the lemon garlic cure for another 3 weeks. For best results do this once a year.

Garlic is truly a superfood with outstanding health-promoting properties.

The person who gave me the recipe said the lemon garlic concoction clears up the bad stuff in your intestines, promotes digestion, even eliminates worms and excess water, cleanses blood vessels, lowers blood pressure, strengthens the heart, and is preventive against all types of colds.

The lemon-garlic drink really worked for me. The first time I tried it, my cholesterol value fell 30 points! Moreover, the scientific literature confirms the concoction works extremely well.

Garlic dissolves undesirable fats in the organism, improves metabolism, improves eyesight, helps ward off arteriosclerosis, heart attacks and strokes, and helps with ulcers and headaches. Garlic is also high in allicin, which helps stimulate circulation and blood flow to organs.

It is said that arrowed veins become more elastic and calcified veins in the brain or coronary arteries are cleansed.

Of course real good health doesn’t come from just drinking a lemon-garlic cocktail for a few weeks every year. You also have to do the other things right: stay away from sugar, junk carbs like snacks, starch and white flour, eat nutrient rich foods (eggs, vegetables, good fats, meat, fish, berries etc.) and stay active.

21 responses to “Try This Lemon-Garlic Concoction Against Colds, Viruses And For Better Overall Health!”