Climate Change Governed By The Sun

I’ve compiled a list of six examples how the sun impacts climate across the globe.

1. Climate periods based on a double Hale (44-45 years) cycle of solar activity.

In 1977 Australian geologist Rhodes W. Fairbridge found a 45-year periodicity of beach ridge located at the Hudson Bay. It has been formed with storms in Hudson Bay caused by a wavier jet stream.

I have found a 44-year periodicity of heavy snowfall in Japan caused by the wavier jet stream as follows. The time series coincide quite well with that of Fairbridge (1977).

The climate history of 20th century can be divided with the following 5 periods based on the double Hale cycle above using aa-index of geomagnetism associated with solar activity. The Pacific Climate Shift occurred at 1977 with solar activity increase & a positive PDO index. 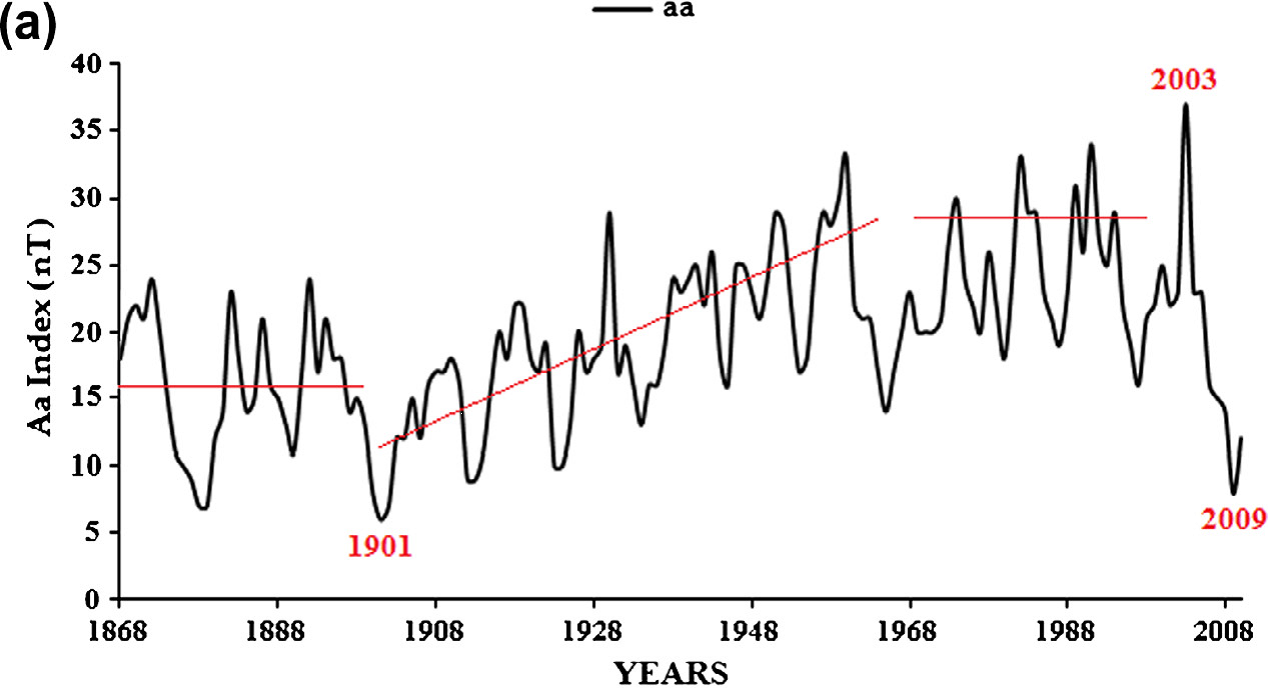 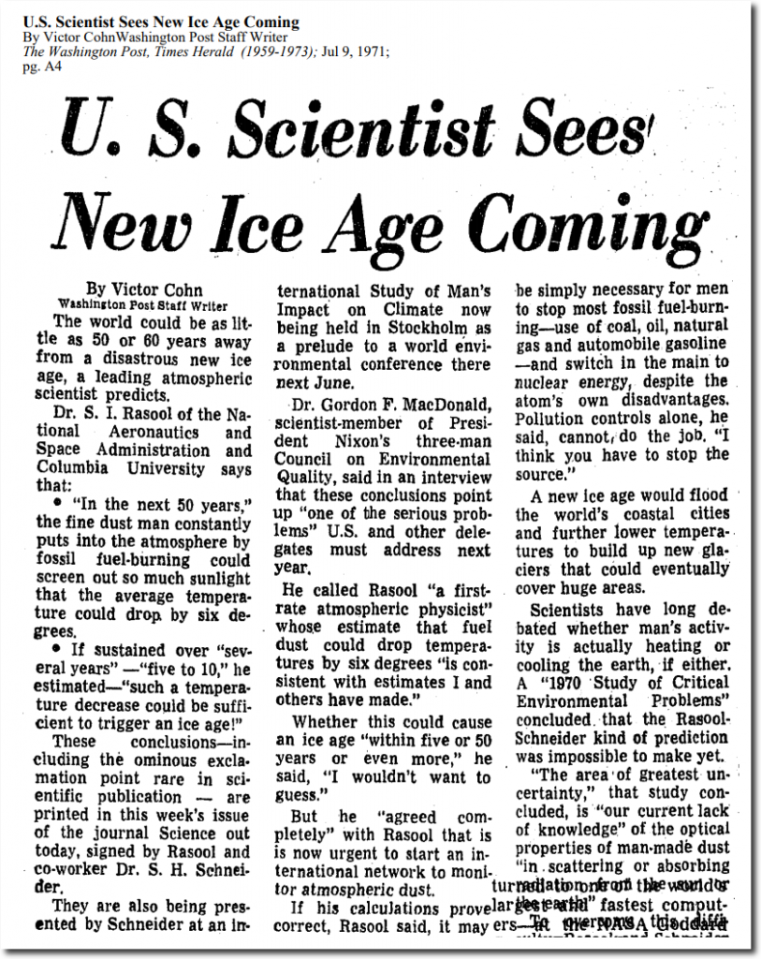 Hachijo-jima is a volcanic Japanese island some 287 kilometers south of Tokyo, where 7,522 people live on its 63 km2 of area.

The following time series shows how the temperature at Hachijo-jima generally has varied in line with the climate periods based on solar activity above.

Connolly et al. (2017) showed the variation of Arctic sea ice extent due to solar activity change in line with the climate periods above. 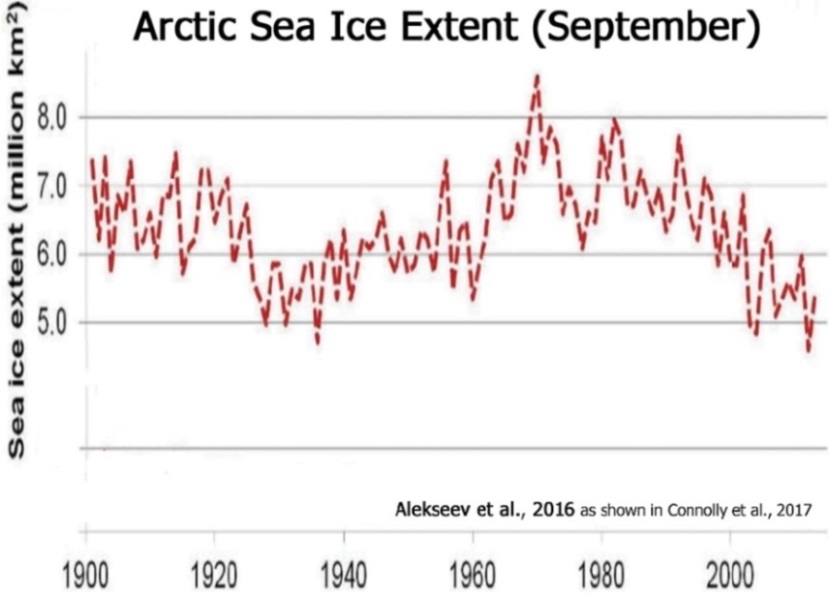 Fig. 5 below is a chart from the NOAA that shows Arctic sea ice loss from the maximum at 1979 above:

The sea ice loss rate has decreased since 2006 with the beginning of NCP above. 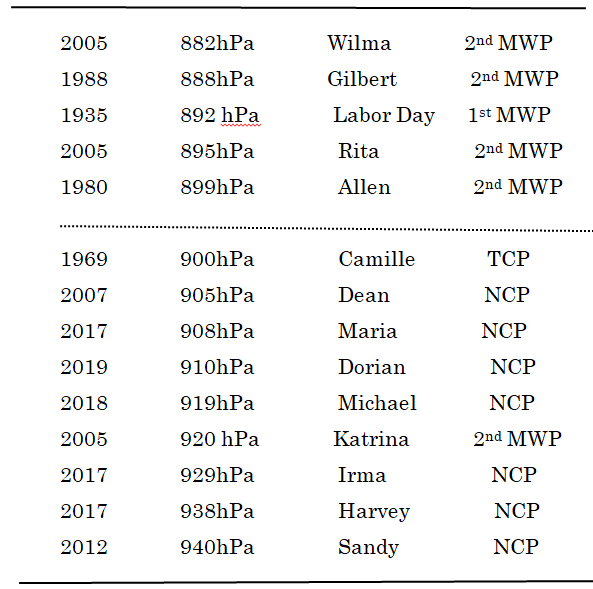 Low solar activity since 2006 has caused wavier jet stream as shown below. It causes extreme weather (ExWe) such as heat waves, flooding and heavy snowfall.

The following table shows the extreme weather seen since 2006: 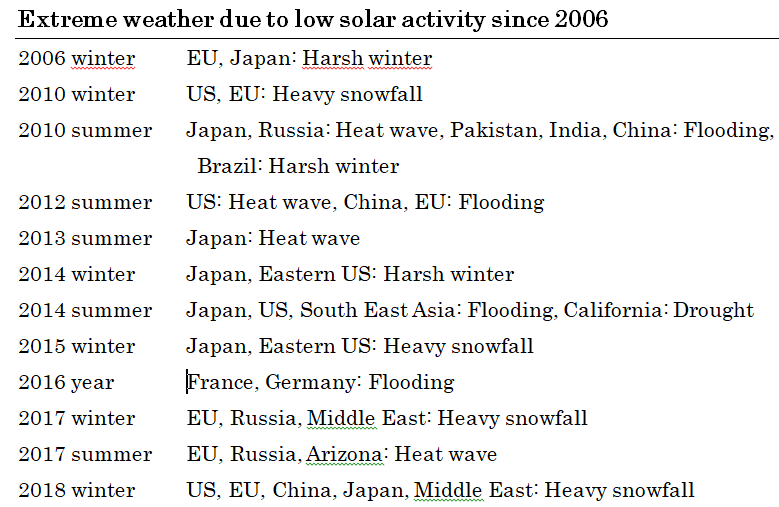 6. Climate history of the Earth

Based on bore-hole studies of the Greenland ice sheet, Dahl-Jensen et al (1998) showed the following temperature data compared with the present time.

The following data will support Dahl-Jensen’s finding of a warm period in the 1930s:

A NASA study finds that 1934 had the worst drought of the last thousand years. 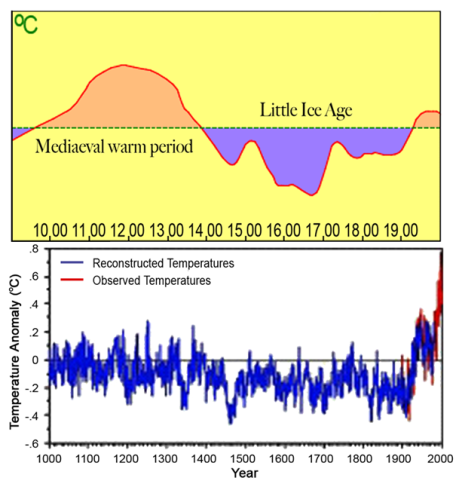 Lamb’s graph in Fig. 7, top, is confirmed independently by the climate history of Japan and China as follows: 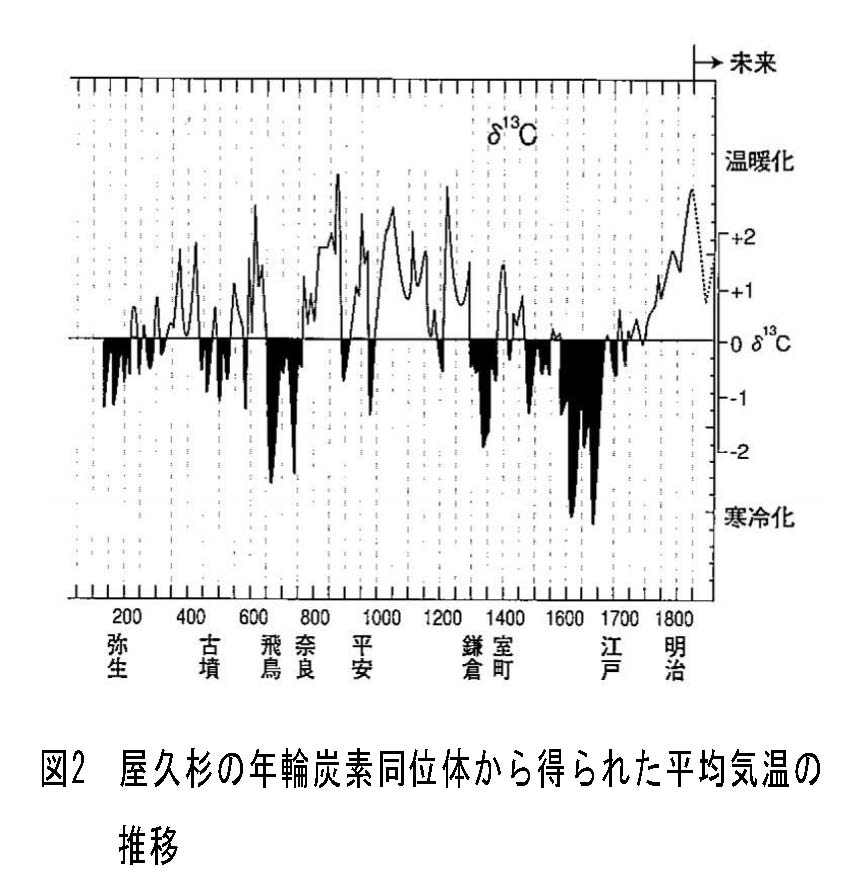 And the temperature history of China: 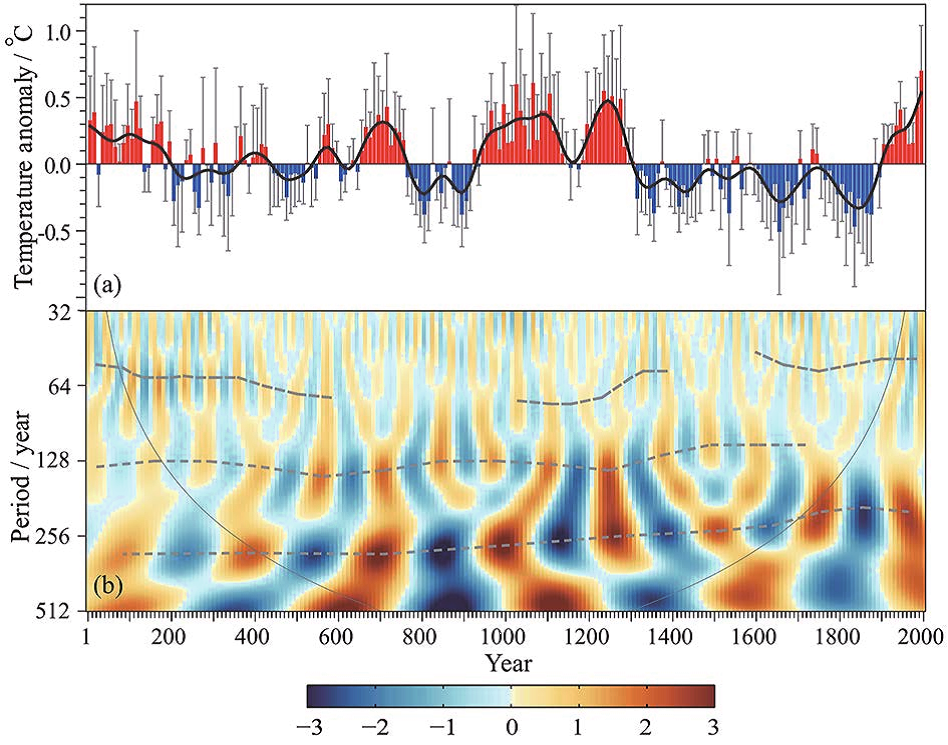 In summary, Climate variability is largely tied to solar activity, and trace gas CO2 has little to do with it.