If Al Gore had been an activist in the 1940s, he would have certainly predicted an ice-free Arctic by 1960, or at least by 1980. And of course, as usual, he would have been wrong.

Back in the 1930s and 40s, the globe had been warming at a rate that we’ve see over the most recent 30 years. There were newspaper articles back then reporting on a rapidly melting Arctic. But then the globe cooled again and the Arctic sea ice recovered and all was forgotten.

Now, NTZ guest author Kenneth Richard just tweeted a new study by Van Achter et al, 2020, which found the Arctic in fact may have reached its lowest sea ice volume level in the 1940s, and not only just recently like the climate alarmists like to claim. The study (up to 2005) features the following chart: 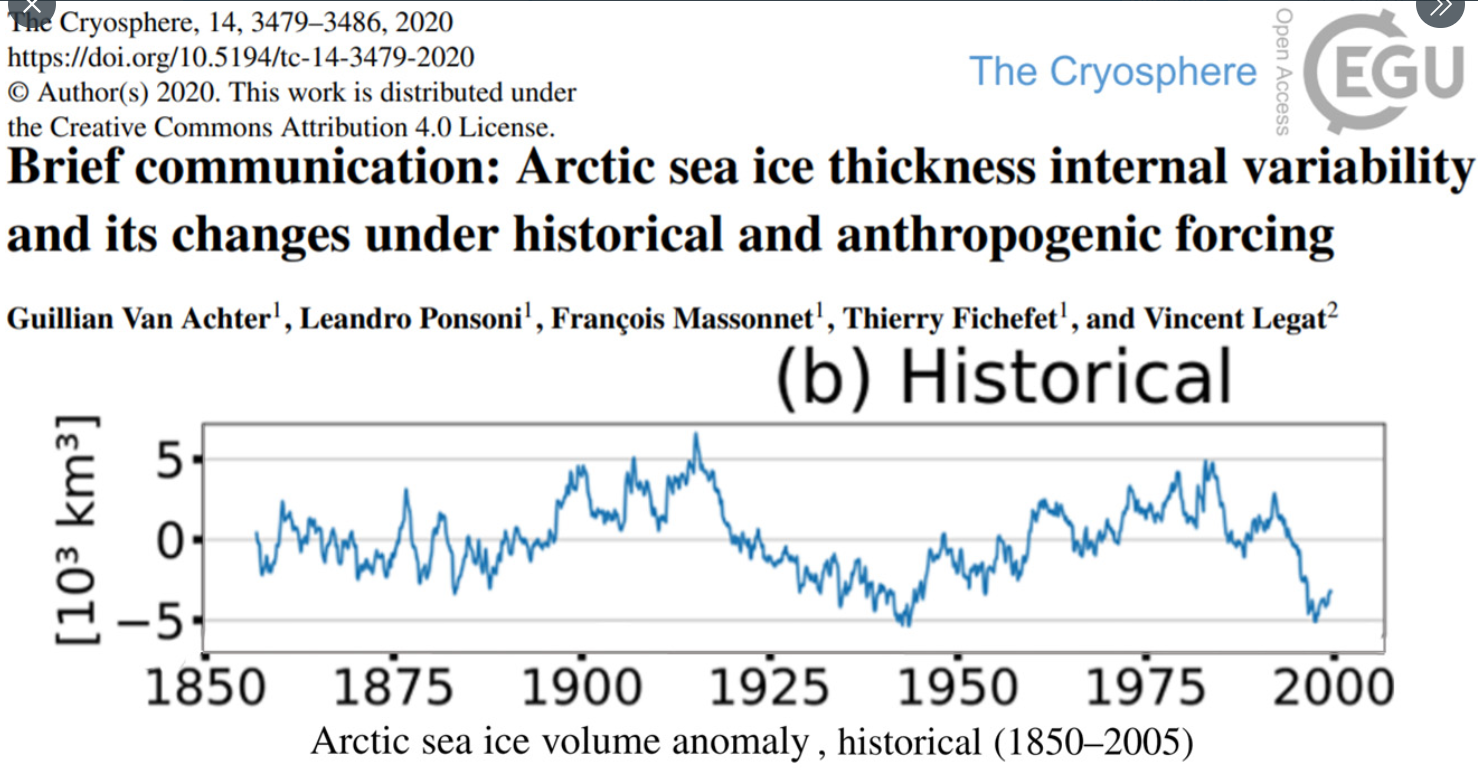 As the chart above shows Arctic sea ice volume in fact reached a low point in the 1940s, before adding 10,000 cubic kilometers (equivalent to 5 million sq km of 2-meter thick sea ice) by 1980. Such a massive rise means there had to have quite a bit of cooling there.

Note how after the 1940s low point had been reached the ice volume surged to normal within just a matter of years (by 1949). At work here must not have been CO2, but powerful natural forces such as oceanic cycles. Clearly, other than today’s media and hysteria and activist alarmism, there’s nothing unusual about today’s sea ice.

Could it be the end of warming?

The globe appears to have possibly reached a global ice low point and there are signals that a refreeze could be in the works. This is so with glaciers around the world. True they’ve receded over the past decades, but that trend now shows signs of slowing down, or even reversing.

For example, Kenneth cited the sudden growth of glaciers , e.g. the Shisper Glacier in Pakistan. The paper states: “The snout of the glacier advanced by 1047 m (February 2018–September 2019)”!

History tells us that glaciers globally were even smaller earlier in the Holocene, and so today’s glacial conditions are not out of the ordinary.