Most of us already suspect that environmentalists are dictatorial wolves dressed in the democracy sheepskin. Despite all the lip service they pay to justice and liberty, they are really all about state power and regulation.

So it is with Germany’s authoritarian statists and greens, who not long ago called for the enactment of a nationwide “Veggie Day” once a week in order to start weaning people off climate-killing diets containing meat. Fortunately the citizens roundly rejected the nonsense, sending the wackos off – to return another day. 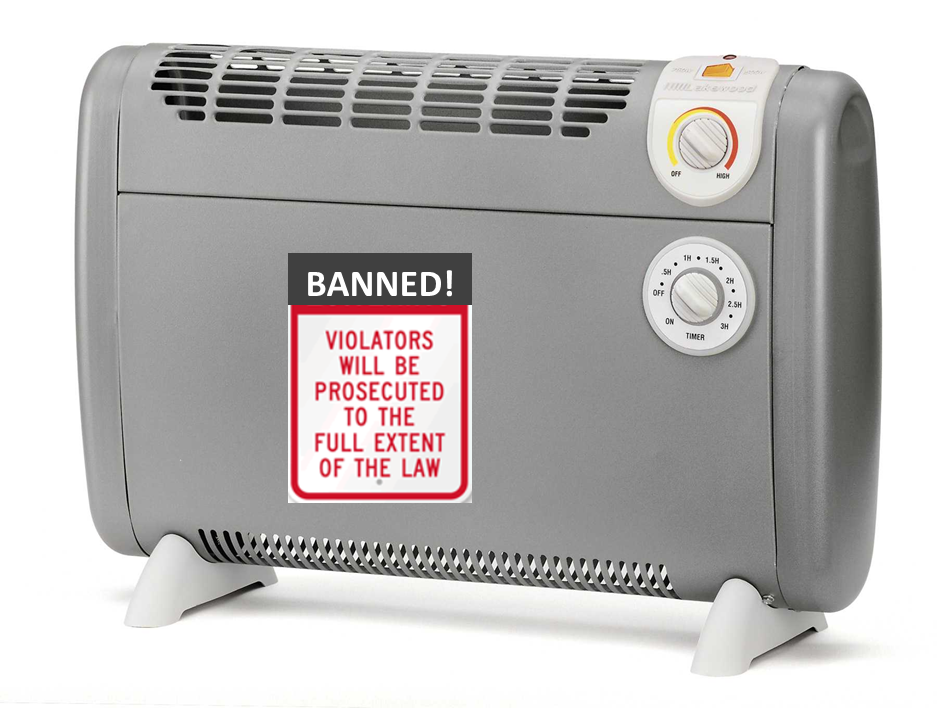 Well, that “another day” has already arrived. The latest suggested intrusion into and control over our private lives is reported by the Liberal website of Friedrich Naumann Foundation For Liberty.

In the northern port city of Bremen, just a single hour away from the home of NoTricksZone, officials are now busily playing let’s-save-the-planet and zealously committing the city to cutting its carbon footprint by 40% by 2020 compared to 1990 levels.

How is this to be done? The Liberal writes (my emphasis):

One of the planned measures: The ‘ban of electric heaters’. What sounds like one of the usual injection of fuel into the green bonfire of bans in fact takes on a whole new quality. The proposed law by Environment Senator Joachim Lohse foresees a system of monitoring that allows for detection of violations and punishment. According to the Weser-Kurier daily, officials would ‘in carrying out the duties of their office, tread upon private property and enter private buildings‘. The provision of the German Constitution for the inviolability of the home would in this respect be curtailed.”

Here Lohse is creating nothing less than an environment police.”

As mentioned, the proposed law for the city of Bremen of course would clash with Article 13 of the German Constitution which guarantees private individuals the “inviolability of the home”. But in the City of Bremen, which is run by a coalition of climate protection-obsessed socialists and greens, little things like Constitutional Rights are not about to stop their hunt for electric radiators as part of their mission to rescue the planet. After all it’s far more vital to improve the city’s carbon footprint and to promote sustainability then it is to uphold the Federal Constitution.

In their distorted minds, not having an electric heater is more important than having fundamental Constitutional rights.