Ingolstadt-today.de here reports on Professor Dr. Jörg Wellnitz from the Technical University in Ingolstadt calling the future of electric cars a “pointless dream” and that this is an opinion shared by many other experts. 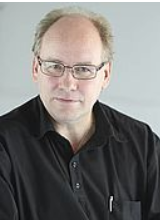 E-mobility has become a “question of faith,” Wellnitz says, adding that “people either believe in the evil CO2 as a climate killer, or they don’t.”

Enormous costs for no benefit

Wellnitz quotes Danish climate researcher Björn Lomborg, who sees Germany’s foray into green energy as a huge waste of resources, and who calculated that if Germany spent 43 billion on CO2 reduction over 80 years, global warming would be reduced by just 0.01 degrees.”

Wellnitz thinks that the ambitious targets for sales of electric cars will end with a slump in sales for German car manufacturers, is sure the electric car “can’t work”, that it is “industrial suicide”and it too is also “a climate catastrophe”. He thinks people should be given what they need, a highly efficient and clean engine like the diesel, for example.

According to Wellnitz, around eight percent of global CO2 emissions are attributable to the car.

The distinguished expert also says CO2 is not a climate killer, but a vital gas, one that it is extremely easy to politicize. “It is easy to turn this screw, everyone understands it and it can be measured immediately, people believe. But recent research, says Wellnitz, has shown that even if the saturation of CO2 in the atmosphere were to reach 800 ppm, an almost unattainable value, global warming would only be affected by around 0.4 degrees.

He adds: “If there is a greenhouse effect, it’s been around for a long time.” Other gases such as methane, nitrous oxide and CFCs are far more harmful to the climate and relevant to global warming than CO2, writes Ingolstadt-today.de. “But we focused on CO2 and the car has to be evil,” says Wellnitz.

The professor of mechanical engineering also claims that a climate-neutral Europe is impossible as long as we produce our goods in China or India and that consumer behavior would have to change radically if we want to achieve CO2 neutrality. In plain language that would mean: “a massive renunciation of cherished amenities.”

Ingolstadt-today.de also writes that Wellnitz also reacts with some incomprehension to “15-year-old climate ambassadors who don’t even know how to spell C02, but who let their parents drive them to tree-planting campaigns in their SUVs.”

Wellnitz himself says CO2 has become a question of faith and that the trade in pollution certificates is reminiscent of the indulgence trade of the Middle Ages. For him it makes more sense to prepare for global warming of two degrees and that the shortage of water will become a massive problem for the next decades, a problem that is not as easy to solve as the problem with fossil fuels.

Germany is sacrificing its high level of competence in engine design for an electrical future that, according to Wellnitz, “will never work.”