Here’s one that almost got past my radar.

The administration of Germany’s capital is really serious about climate change, so much so that they earnestly participated in an EU-sponsored action on getting more people out of those sinful cars and instead onto their feet and thus so achieve a more climate friendly form of mobility – it was all part of the “European Mobility Week”.

But according to the BZ, the pedestrian lifestyle (and going without flying) is not something that Berlin’s ruling green socialists are really into themselves, but rather it’s something for the millions of little climate-misbehaving people, who pay taxes and honestly should be there to serve the ruling class.

Traveling over in 16 luxury government limousines

The BZ’s Benedikt Teichmann reported how Berlin’s Transportation Senator Regine Günther (46, Green Party) had twittered about the European Mobility Week just a day earlier: “Join us, and leave the car at home.” But then just a day later, she and other members of Berlin’s Socialist-Green government “hopped into their large government cars to get to their meeting”.

According to the BZ, Berlin’s “Socialist, Communist-Green government drove over with 16 limousines to their pedestrian conference”, which took place near Berlin in Hellersdorf.

The European Mobility Week website proudly states that the event this year saw participants in 50 countries across the globe.

And according to its summary report here, organizers boasted of a new participation record: “EUROPEANMOBILITYWEEK 2019 had the highest participation rate ever witnessed since its launch in 2002 (3,135 participating towns and cities), surpassing the record set by the previous year’s campaign.” 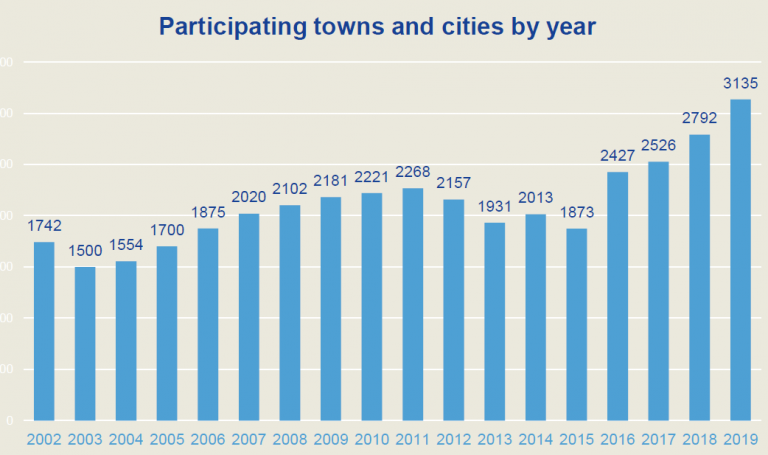 Carpooling, going by foot “not an option”

When Berlin Mayor Michael Müller (SPD Socialist Party) was asked why he and other members of his administration did not go to their meeting concerning pedestrian mobility by foot, or at least carpool in the spirit of environmental protection, he answered:

We all come from different places. And today when we all have our heavy files with us, it’s just not an option.”

What follows is the European Commission’s video promoting pedestrian mobility:

Unfortunately, few of the climate-rescuing politicians are following their own advice. For them it’s just too inconvenient, and walking is not that cool.