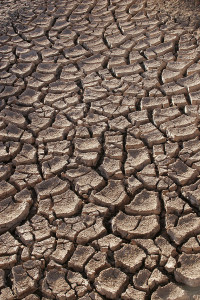 Again today we see yet another example of why alarmist climate scientists, those with the habit of spreading doom and gloom visions, are simply not credible.

Spiegel science journalist Axel Bojanowski reports at Spiegel on the claim that climate change is the big factor behind the Syria conflict: Syria: scientists dispute climate change as cause of war.

A number of activists and some climate scientists have claimed or suggested that the war in Syria was due to the 2006-2010 drought (caused by man-made climate change, of course).

Fortunately many experts have come out called this claim a rather wild stretch of the imagination. And now even German warmist scientists have come out and dismissed the claim as well, citing a lack of evidence and an array of other factors at play.

The German Climate Consortium (DKK) issued a press release on the subject two weeks ago. According to this press release, Dr. Paul Becker, Vice President of the DWD German Weather Service, reminds that climate change itself is only one of many factors involved in migration and conflict, and that the issue is very complex and needs to be researched more.

Moreover, according to peace researcher Dr. Christiane Fröhlich, results of a survey of Syrian farmers and workers who were hard hit by the 2006-2010 drought showed:

The often claimed causality between drought, migration and conflict outbreak is not tenable. Though the migration of people rose domestically during the drought, neither was the drought the single conflict initiator nor was it ‘climate migrants’ who sparked the protests.”

The press release adds that the conflict was in fact mostly due to bad policies by the Assad regime. Bojanowski adds:

When it comes to who to blame for hunger, the climate argument enables politicians to find guilty parties outside of their countries when in fact they themselves are responsible because of their mismanagement.”

On whether climate change is having an impact on droughts worldwide, The press release adds (emphasis added):

The impact of climate change on the developments with respect to the dangers of drought, according to Paul Pecker, is not statistically significantly verifiable due to the high range of variation in precipitation.”

This is yet another surprisingly reasonable statement coming from a German scientist who has been known to be excessively warmist.

We hope Dr. Becker will also acknowledge the fact that the Sahara region has in fact been greening over the past couple of decades and so climate change is not all bad. In fact history shows that a warmer planet is far more agreeable to life than a cooler one.

11 responses to “Spiegel: Even Warmist Scientists Dismiss Climate Change As Cause Of Syrian Conflict, Refugee Crisis”