As winter progresses through January and heads into February, the latest forecast tells us one thing: Global warming is not putting an end to brutal cold winter conditions like experts said it would in the early 2000s.

At his Weatherbell Analytics Saturday Summary yesterday, meteorologist Joe Bastardi pretty much gave his seal of approval on the latest longer-term NCEP forecast for North America and Europe. Bastardi has long said that the current winter would turn out to be “severe”.

It fits with the pattern we were thinking would evolve for this winter.”

Well, the winter party is about to start in earnest. What follows is the NCEP CFS forecast temperature anomaly for North America for the next 45 days: 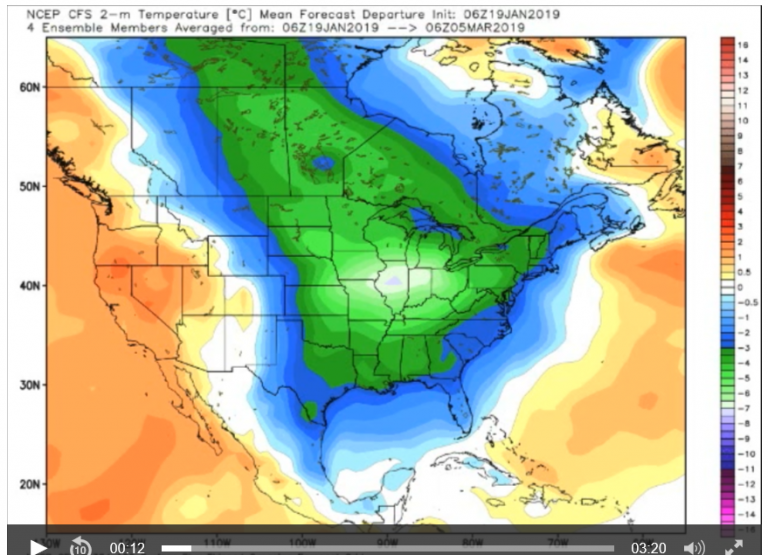 Brutal cold by end of January

For the end of January, the situation looks especially brutal, as temperatures are expected to plummet to some 15°C below normal across wide areas of the Midwest and Canada: 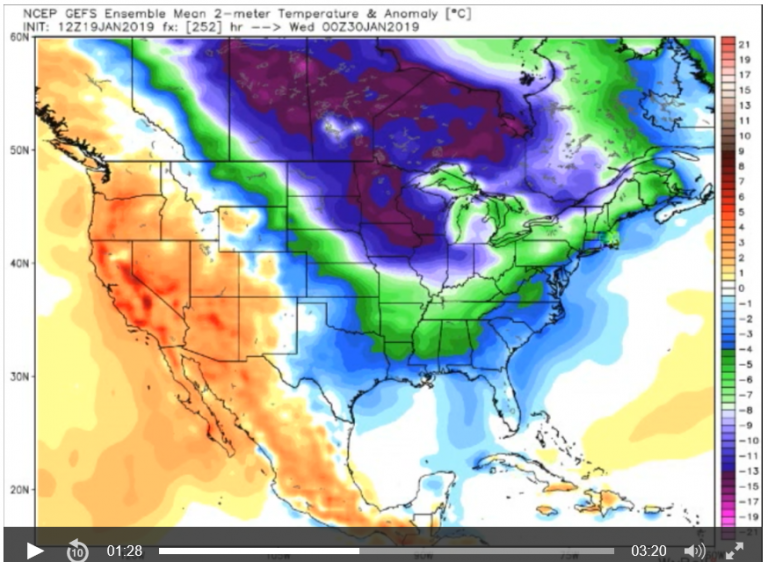 Snow is also forecast “to plaster” the Northeast and fall across all 48 states over the next 15 days.

In Europe the story for the end of January is similar, where large parts of Europe will be caught in the deep freeze: 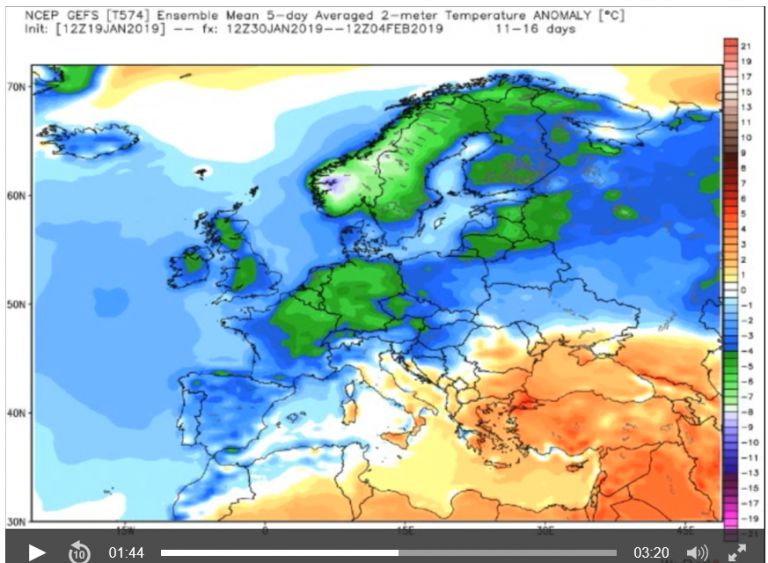 Also snow is expected to fall across Europe over the coming weeks, with the weather pattern having flipped from one of milder westerly winds to one with colder northerly and easterly winds.

Expect alarmist climate scientists to launch another disinformation campaign, where they will blame warming for all the cold weather we will have been experiencing.

Sea ice volume is also creeping towards the normal levels, as shown by Japanese blogger Kirye: 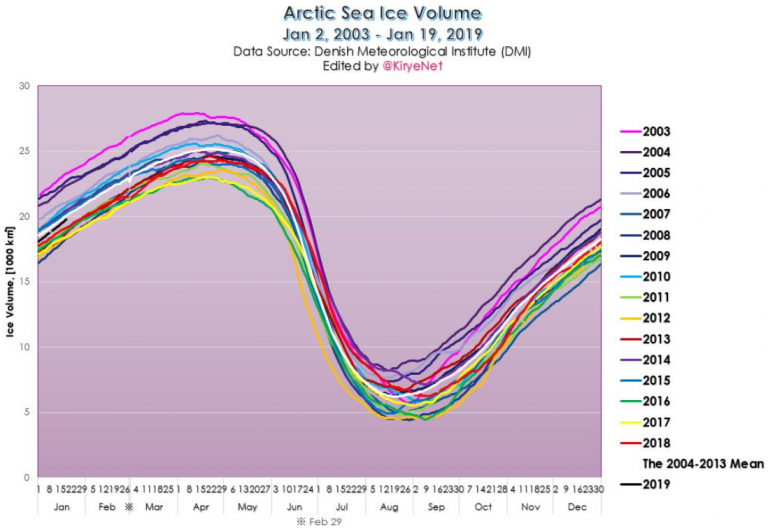 Chances are good that Arctic ice volume will rise above normal, and thus keeping the more-than-one-decade-long trend of no ice melt alive and well.

As Joe points out, Arctic temperatures have been dropping and are now close to the mean value.