Slowing Down For The Climate: German Evangelical Church Petitioning For Speed Limit On ‘Autobahns’

The days of unlimited speed on Germany’s famed autobahns are indisputably coming to an end – probably soon. And thank God!

The online Mitteldeutche Zeitung MZ) here reports the Evangelical Church in Central Germany (EKM) is pushing to impose a speed limit on German autobahns, the motorways where drivers  in certain stretches are free to drive as fast as they dare. 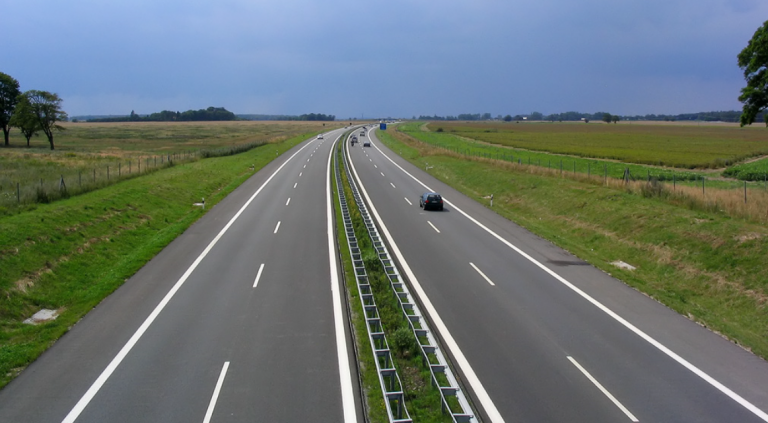 The days of no speed limit on Germany’s famed autobahns are about to end. Photo: Darkone, CC BY-SA 2.5, (Wikipedia)

Quoting Christian Fuhrmann of the EKM, the MZ reports that cars should she limited to 130 km/hr and the Church will mobilize to send a public petition to the German Bundestag.

The MZ adds that the petition will be launched on Ash Wednesday and 50,000 signatures are needed.

According to the MZ: “The Central German Church covers large parts of Saxony-Anhalt and Thuringia and has about 700,000 members.”

The Church’s main reason for limiting the speed of cars to 130 km/hr on the autobahn is to reduce greenhouse gas emissions and exhaust fumes, which the Church says would translate to an emissions reduction of 2 – 2.5%. Also the high speeds and associated braking leads to more fine particle emissions from tire abrasion on asphalt surfaces, as well as more noise.

“A Confession to the Creator”

“We see a world responsibility for ourselves, assigned by God,” said state bishop Ilse Junkermann. Mankind is destroying the foundations of life. The fight against it is “a confession to the Creator”.

Personally I support a 130 km/hr limit, but not because of the silly climate reasons. Overall a limit is far safer, and some studies show it would likely improve over traffic flow efficiency and help reduce long traffic jams, which often result from messy car accidents. In the end less traffic jams means reaching your destination just as quickly as you would madly driving at breakneck speeds.

Also an autobahn speed limit could mean lower maintenance costs because the surface specifications for unevenness could be relaxed a bit. Any unevenness really becomes a factor when a vehicle is flying at 280 km/hr. With speeds at 130 km/hr, road crews would not have to be sent out to “repair” the road, which in turn means lane closures and again more traffic obstruction and slowdown.

One compromise could be to tolerate speeds of 160 km/hr (100 mph) during times and areas of light traffic.

16 responses to “Slowing Down For The Climate: German Evangelical Church Petitioning For Speed Limit On ‘Autobahns’”