Software engineering whiz Tony Heller makes a presentation on climate change and the data behind it.

If you haven’t watched it already, then do take the time to do so.

Heller, who goes by the pseudo-name of Steve Goddard at his wildly popular realclimatecience site, calls the idea that it’s getting hotter “utter nonsense”, and shows how US temperatures were much hotter in the 1930s.

According to Heller, the warming in the US is not real, and was created through statistical tricks after 1990. Later he highlights some of the many ridiculous claims climate experts and activist politicians made, and have since turned out to be a complete folly. At this point the presentation rivets your attention and for skeptics it becomes one you don’t want to stop watching.

Heller calls the US warming trend “completely fake” and being due to “station data loss and fabrication” and later shows that NASA “erased” the once unanimously agreed cooling from 1940 – 1970: 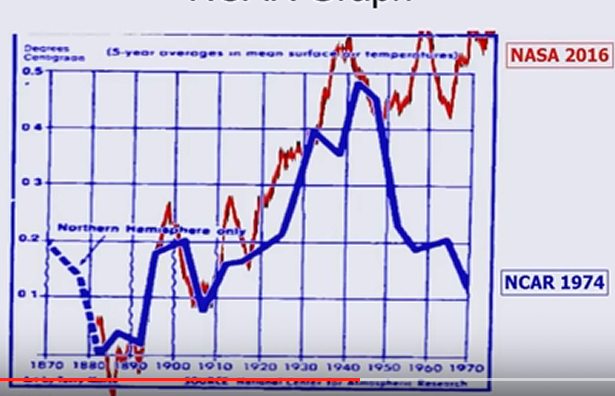 Not only temperature data have been altered, but so has sea level data, Heller later shows. Overall he writes “climate data is being manipulated to increase alarm“.