Share this…FacebookTwitterGerman real environmental activist Andreas Kieling here at Facebook has posted a video showing the gruesome and sickening destruction of birdlife by windmills and tells of an alleged premeditated criminal dismantling of rare black stork nests by the “wind power mafia”. The video is in German, but the pictures are of universal language. At […]

Share this…FacebookTwitterA brand new paper is out on sea level, and guess what? The findings show that sea level is going nowhere fast and that in the Arctic it is rising only half as fast as the much IPCC ballyhooed satellite altimetry measured 3.3 mm/year and accelerating rise. Authors: Peter Limkilde Svendsen, Ole B. Andersen, […] 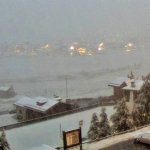 Europeans Stunned As Winter Strikes In Mid July! Snow Down To Only 1500 Meters …”Extremely Rare”

Share this…FacebookTwitterUPDATE: Some Swiss mountain passes “had to be closed” Here in the north German flatlands, my wife this morning commented that it felt like fall this morning. Indeed it was a bit nippy outside. As already forecast here, snow hit the German higher elevations, but with snow falling to as low as 1500 early […]

Share this…FacebookTwitterHat-tip: Die kalte Sonne A new study by German GFZ research institute finds that extreme climate change also happened in the past before humans began emitting CO2 in to the atmosphere. What follows is the press release (emphasis added). ====================================== Strong fluctuations in lake level reconstructed for Northern Germany The lake level of the […]

Folly: All Of Europe’s Wind Power Capacity Only Could Steadily Provide Enough Electricity For Tiny Belgium!

Share this…FacebookTwitterSome predictions just couldn’t be more wrong. In the year 2000 some scientists claimed that snow and ice in the wintertime would become a thing of the past. Now today’s press release by German meteorologist Dominik Jung at Wetter.net here is forecasting snow in the mid Alps this week – at the peak of […]

Share this…FacebookTwitterEnd-of-world warnings are as old as civilization itself. Of the thousands of charlatans who have prophesized end-of-world scenarios over the past thousands of years, none obviously have come true. So isn’t it only natural that sane people today would be a little, if not very skeptical of new announcements of a coming climate Armegeddon? A […]

Share this…FacebookTwitterThe sun in May and June 2016 By Frank Bosse and Fritz Vahrenholt (Translated/edited by P Gosselin) Our sun in May was normally active for the cycle. The mean sunspot number (SSN) was 52.1, which was 2/3 of the mean value for month number 90 into the cycle. The mean is calculated from the […] 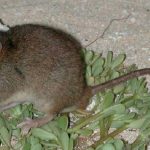 Share this…FacebookTwitterYou wouldn’t be wrong to suspect EU elitist/establishment types fancy themselves as masterminds of some grand social-green, centrally-planned architecture. The future of EU lawn mowing. Image: Home Depot. Lately they have been fuming from the ears over Great Britain’s audacious vote to ditch the whole Franco-German dominated project. The gall! And ever since the British […]

Share this…FacebookTwitterThe online Munich-based Süddeutsche Zeiting here (SZ) reports that Bavaria’s recently upheld 10 H rule, which requires wind turbines to be set back away from residential homes a distance that is 10 times the turbine’s height, literally spells “the end for wind power” in the south German idyllic state. The SZ writes: At the state […]