The Assumption CO2 Drives Climate Change Is Contradicted By Observations

Another new study indicates the assumption CO2’s climate impact is not overshadowed by the water vapor impact (because they do not overlap spectrally) is inconsistent with NASA and HITRAN observations. 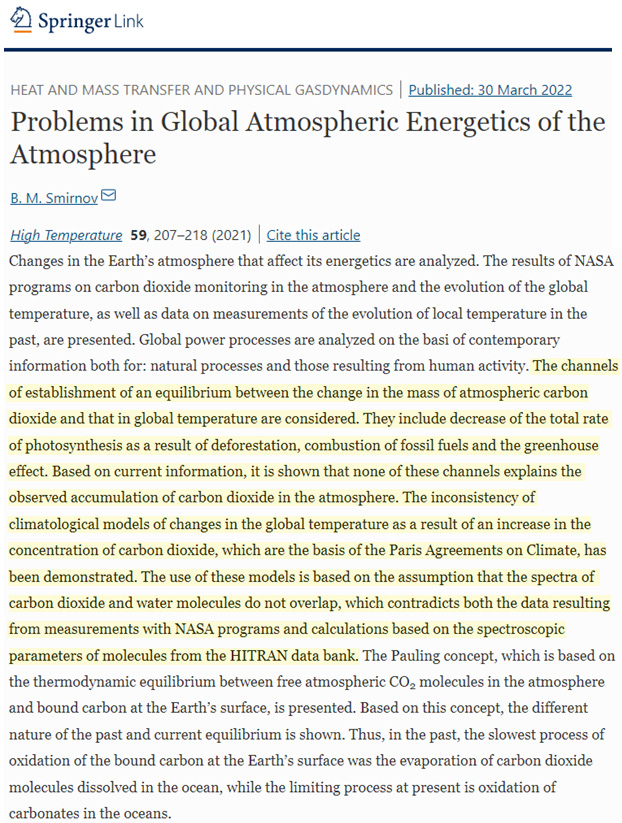 “Changes in the Earth’s atmosphere that affect its energetics are analyzed. The results of NASA programs on carbon dioxide monitoring in the atmosphere and the evolution of the global temperature, as well as data on measurements of the evolution of local temperature in the past, are presented. Global power processes are analyzed on the basis of contemporary information both for: natural processes and those resulting from human activity. The channels of establishment of an equilibrium between the change in the mass of atmospheric carbon dioxide and that in global temperature are considered. They include decrease of the total rate of photosynthesis as a result of deforestation, combustion of fossil fuels and the greenhouse effect. Based on current information, it is shown that none of these channels explains the observed accumulation of carbon dioxide in the atmosphere. The inconsistency of climatological models of changes in the global temperature as a result of an increase in the concentration of carbon dioxide, which are the basis of the Paris Agreements on Climate, has been demonstrated. The use of these models is based on the assumption that the spectra of carbon dioxide and water molecules do not overlap, which contradicts both the data resulting from measurements with NASA programs and calculations based on the spectroscopic parameters of molecules from the HITRAN data bank. The Pauling concept, which is based on the thermodynamic equilibrium between free atmospheric CO2 molecules in the atmosphere and bound carbon at the Earth’s surface, is presented. Based on this concept, the different nature of the past and current equilibrium is shown. Thus, in the past, the slowest process of oxidation of the bound carbon at the Earth’s surface was the evaporation of carbon dioxide molecules dissolved in the ocean, while the limiting process at present is oxidation of carbonates in the oceans.”

The spectral/greenhouse effect supremacy of water vapor versus CO2 has been known and acknowledged since the 1970s (Newell and Dopplick, 1979). 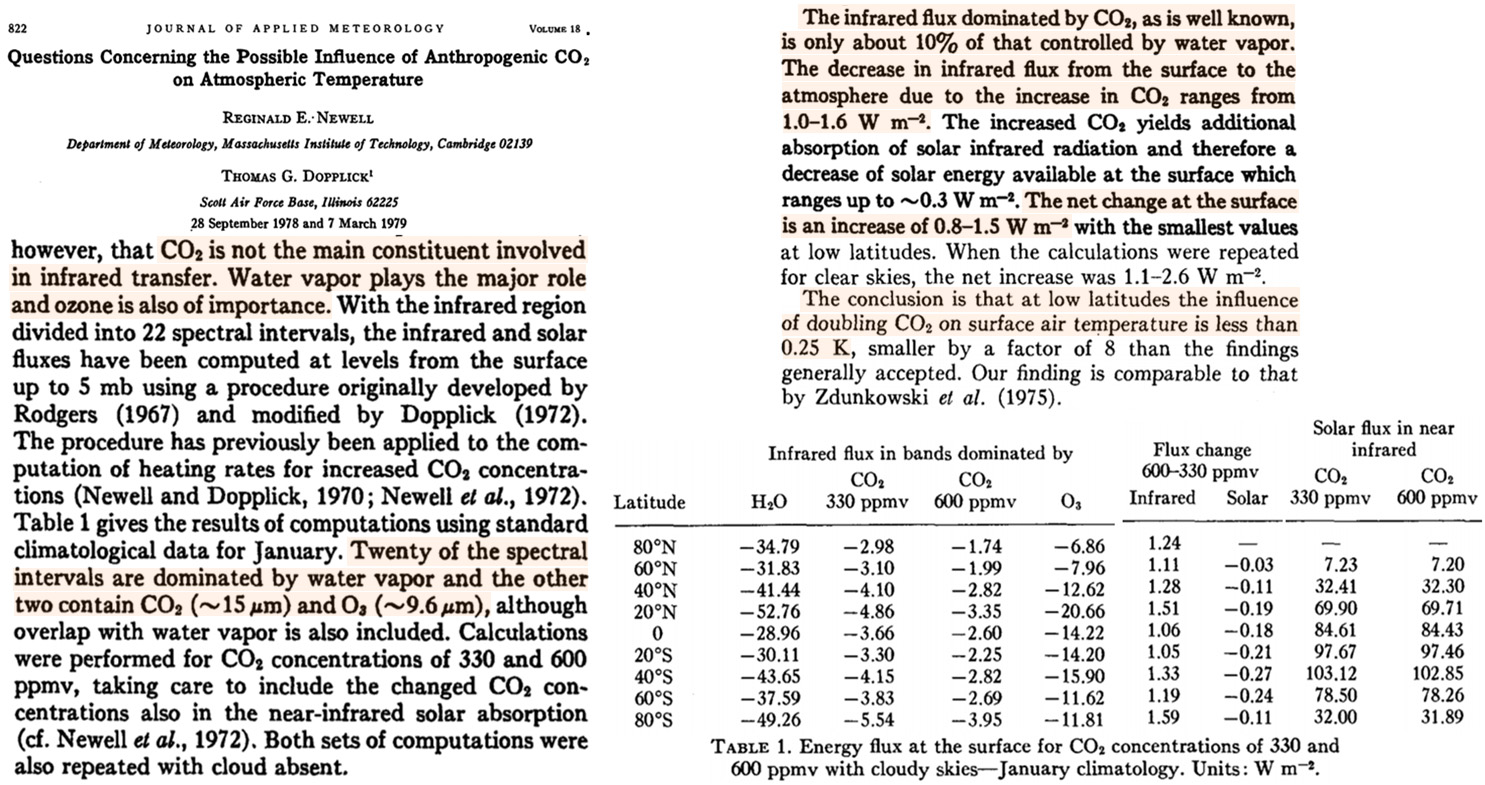