Meteorologist Klaus-Eckart Puls of the European Institute for Climate and Energy (EIKE) recently was interviewed by German trade journal Welt der Fertigung (World of Production) on the subject of climate change.

Since global temperatures have not increased in 15 years, doubts about anthropogenic global warming are now seeping into the fields of engineering and industry, which for years have been major proponents of renewable energy technologies. 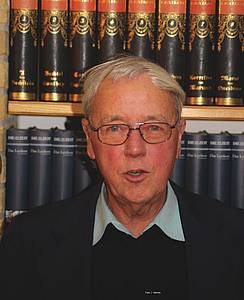 Meteorologist Puls, who has over 40 years experience in the field of meteorology and climate, provides us with some interesting insights. What follows are some excerpts.

On the subject of climate being used as an instrument for enacting new taxes and fees, Puls comments…

The anthropogenic emission of greenhouse gases is not completely without impact on the climate. The impact however, is relatively small because of physical laws, and is about 0.5°C for a CO2 doubling with respect to today. Early on – around the mid 1980s – politics empowered a pseudo-science called ‘climate protection’. The political motivations were on one hand “world rescue philosophies“, and, on the other hand, fiscal interests via ecological taxes.”

Puls on the mixing of politics and science…

Many of the scientific findings are merely results of a certain “procured science’: ‘whose bread one eats, whose words one speaks,’ is the old saying. And the IPCC itself is a politically founded organization, just as the name says: Intergovernmental Panel on Climate Change.”

On a global climate treaty, Puls is adamant:

There isn’t going to be any international climate treaty.”

On the subject of CO2’s assumed high sensitivity, Puls says that even the IPCC itself concedes…

…that a doubling of CO2 alone can produce only 1°C of warming. Beyond that feedback effects get calculated in. The IPCC reports speak about ‘assumed values’. This is nothing but hypotheses!”

On global temperatures having stagnated for 15 years, Puls says:

The 15-year stop in global warming is now outside the range of climate ‘noise’ and climate models. It is statistically significant. […] from a science point a view, it is sheer absurdity to want to maintain ‘a nice, comfortable, stable climate’ through a few turns of some sort of CO2 control-knob.”

If anthropogenic global warming is not really happening, then how could the whole world have been blindly led to this unbelievable error? Puls answers

I cannot answer that question – but currently psychologists and sociologists are dealing with that: scientific debates about the climate catastrophe, explains Prof. Dr. Norbert Bolz, are nothing more than a ‘civil religion’ coming from the faith of the religions of the mass society. In it prevails priestly fraud.”

If the trend continues – and because of numerous factors nobody can really know – then in 100 years we will see a rise of about 25 cm, which won’t be any problem at all.”

Puls also explains that Arctic sea ice has naturally fluctuated in the past and that today’s conditions are nothing unusual. He reminds readers that according to the Alfred Wegener Institute, Antarctica now has “the largest sea ice extent in 40 years!”

On the plausibility of global warming causing cold winters in Europe:

Meteorologically this is sheer absurdity. For more than 100 years we have known that the atmospheric circulation is subject to unpredictable cyclic fluctuations. Simply said: the atmospheric pressure gradient between the Azores and Iceland changes chaotically over the years, which in Europe leads to a series of warmer or colder winters. It has nothing to do with polar ice melt, climate change, and absolutely nothing to do with CO2. […] Why do climate catastrophists, who claim they can foresee the climate 100 years in advance, always come up with such explanations after the fact?”

Puls comments on whether CO2 is really good for plant growth:

CO2 via photosynthesis is truly life elixir: without CO2 there are no crops,  no plants, no animals and also no people because photosynthesis also produces the oxygen in the air that we breath.  The demonizing of CO2 as a pollutant, as a climate-killer, is outright nonsense – scientifically absurd!”

On the sun being a factor on climate change…

Yes, there’s a lot indicating just that. Over the last few years, solar scientists have been gaining more and more the upper hand in the climate debate, and they are crowding out the single cause of CO2. The new literature on this is very comprehensive. ‘Die Kalte Sonne’ [The Neglected Sun] for example led to hysterical allergic reactions among the CO2 climate alarmists. The increasing plausibility of the climate being controlled by solar variation has shaken the established climate institutes that are fixated on CO2.”

On the question of whether climate protection has anything to do with environmental protection, Puls says, “absolutely not!” He then quotes physicist Prof. Horst Malberg:

Clean air to breathe, clean water to drink, clean lakes, rivers, oceans and soil and an intact ecosystem belong to the fundamental human rights. As climate history shows us, a stable climate is not one of those rights.”